Missing out on the last T20 World Cup has increased the Zimbabwe national cricket team’s hunger and desire to do well at the next tournament which kicks off in Australia next month.

Zimbabwe missed out on the last edition after they were kicked out owing to government inference in the running of the sport.

And because of that, Zimbabwe this time had to go via a qualification tournament against associate sides and they managed to go through unscathed, but they were the first to admit that it was a dangerous route.

They travel to Australia on Friday ahead of two warm-up matches before they take on Ireland on October 17, West Indies two days later and Scotland in their pool, where only two teams will progress to the Super 12.

Zimbabwe’s target is to make it to the Super 12 and after months loaded with international cricket and where they managed success, they are full of confidence that they can qualify to the second phase of this competition for the first time.

All-rounder Ryan Burl, who took a famous 5 for ten in Zimbabwe’s third one-day international (ODI) win over Australia in Townsville last month, said the squad was itching to get onto the field after some good preparations.

“We are extremely excited after missing out on the last T20 World Cup and it just intensified our hunger for this World Cup, obviously being in Australia a month ago has helped our preparations, so yeah we are just looking forward to getting out there and putting our best foot forward and hopefully win some games,” he said.

“We were in Australia playing some ODI games albeit we were not playing T20s, but we were there with the conditions and stuff like that we have obviously come back and there has been some T10 cricket guys have been hitting a lot of balls doing some fitness stuff working in the nets, I would probably say we haven’t left any stone unturned in terms of preparation, so guys are looking forward to it and are very hungry.”

He added that the team was focused on making it through the group stage before setting themselves new targets.

The squad returned to training yesterday after the players had been released to play in the domestic Pro-50.

They trained at Harare Sports Club yesterday under the guidance of coach Dave Houghton as well as his assistants, including Stuart Matsikenyeri and  new bowling coach Steve Kirby. 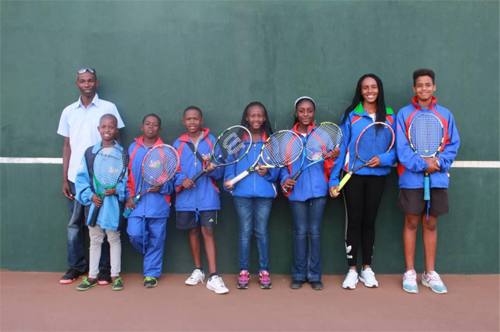