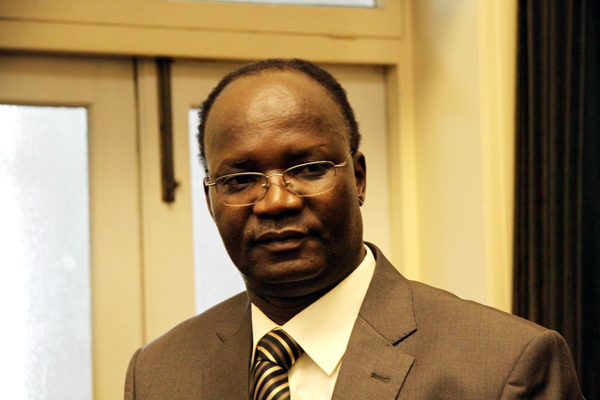 Moyo and his deputy, Godfrey Gandawa, have since last week been under the public spotlight with some of their critics calling for their arrest and expulsion from government.

Speaking at a graduation ceremony at Madziwa Teachers’ College in Mashonaland Central province, Moyo declared that he would not back off, adding there was nothing wrong in him using public resources to bankroll ruling party activities and community projects in his Tsholotsho North constituency.

“I wish to place on record that I do not consider public programmes such as the 21st February Movement, Zimbabwe Youth Council, million-man march in solidarity with President (Robert) Mugabe as Head of State and Government or veterans of the liberation war as partisan or political in the narrow sense of the term,” he said.

“These are initiatives that define and give content or substance to our nationhood. Being able to enable the support for such public programmes, as part of Zimdef’s corporate social responsibility is, for me, a matter of national pride. Ndinodada nazvo (I’m proud of it). Ongafuniyo kayekele. It is my considered judgment that dynamic, effective and sustainable human capital development is possible only if it is anchored in public programmes like these I mentioned.”

Moyo’s remarks came a week after members of the Zimbabwe Anti-Corruption Commission were reportedly blocked from arresting him by Vice-President Phelekezela Mphoko, who went on to defend him at a public meeting in Bulawayo on Monday.

In his tirade against his political detractors, Moyo added: “History will record as extraordinary that some desperate political interests have sought to treat as unusual, illegal and corrupt the public programmes that I have supported, as an expression of my policy mandate and legal discretion in my capacity as Zimdef trustee.

“It’s one thing for people to disagree with or not like my choices, but quite another for them to label the choices unusual, illegal or corrupt, simply because my choices do not accord with their political agenda.

“I object to that in the strongest possible terms and I will fight to the bitter end to be left alone to fully discharge my responsibilities as given to me by my appointing authority. Please, leave me alone!

“The idea that some powerful people want to capture some institutions and to use those institutions to derail and tarnish good work will be resisted without let or hindrance.”

He disputed public perception that Zimdef was a student or scholarship fund, saying the misconception was being peddled by people, who were “not only mischievous”, but a “threat to national security in so far as they are bent on using students to incite instability in higher and tertiary education”.

On allegations that he had used part of the money to fund community projects in his constituency, Moyo said: “The culture and practice of singling out individuals or communities for stigmatisation or demonisation or treating a norm as an alteration is totally unacceptable.

“That culture and practice belongs to a dark period in our history, whose wounds and chapter we must close. In 2004, some politicians created very dangerous fiction about Dinyane High School in Tsholotsho and alleged that it was used to plot a coup.

“It took a High Court decision to correct that very cruel lie. Now yet again, some other people are trying to stigmatise and demonise traditional leaders in Tsholotsho over computers and bicycles that were properly given to them.

“No! No! No! Why Tsholotsho again in 2016, as if what happened in 2004 did not teach us lifetime lessons? Why are some people always eager to particularise Tsholotsho?”

This was in apparent reference to a Zanu PF provincial chairpersons’ meeting held in Tsholotsho in 2004 ostensibly to endorse Vice-President Emmerson Mnangagwa’s candidature ahead of former Vice-President Joice Mujuru.

Several provincial chairpersons were relieved of their posts after their meeting was perceived as plotting a palace coup, with Moyo, as their host, being the biggest victim.

Moyo yesterday also lashed out at top government officials for allegedly abusing the State media to vilify him through use of “cheap propaganda” as part of a sinister plot to derail his ministry’s science, technology, engineering and mathematics (Stem) programme.

“I have no doubt that well-meaning and discerning Zimbabweans will understand and appreciate the historic and pivotal role that Zimdef has played in the launch of the Stem initiative. Zimdef has, since its inception, supported various public programmes, which some see as political programmes, not only as part of its core mandate, but also as an expression of its corporate social responsibility,” he said.

“The choice of what to support in this regard has always been at the discretion of the incumbent Zimdef trustee. What is indubitable is that each Zimdef trustee, that is to say, each and all of my predecessors, exercised their legal discretion and policy mandate to support one sort of public programme or another.”