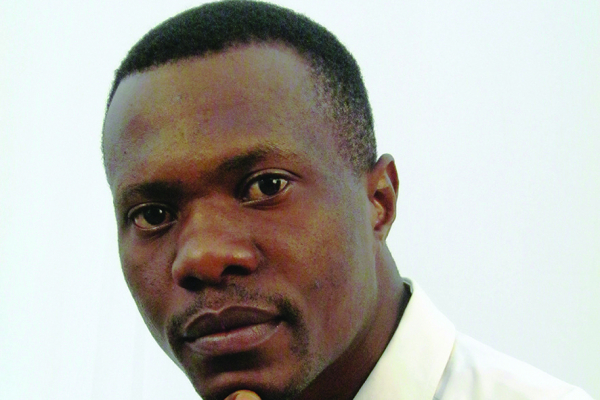 Mukupe, a loose cannon, had the temerity to utter these tactless remarks smacking condemnation from his own party. But, still, there is something to pick from this disastrous episode. Mukupe captured the most potent weapon against democracy in this country; the belief that the army can make and unmake leaders.

It is rather unfortunate that the history of Zimbabwe, right from the liberation of the country to this date, has been influenced by the gun. There is a delusion that had rankled for decades in Zimbabwean politics namely, “The gun does not lead politics.” It is this delusion that gave away former President Robert Mugabe. It is again the same false impression that gave away the G40 group.

These men and women who made it their job to humiliate incumbent President Emmerson Mnangagwa and those in the top echelons of power during their days suffered a humiliating fall from grace. The cabal which made use of its proximity to power where ensconced in the belief that it is politics which rule the day.

However, this fatal delusion was cruelly exposed in November last year when it was shown what exactly leads between politics and the gun. In a flash, the almighty Grace and Robert Mugabe bit the dust. The man and women who dominated national television and ruled with disdain all vanished from public life overnight, when the military placed Mugabe under house arrest. The man who led them in the operation was none other than the current Vice President Constantino Chiwenga.

Now, we can even draw some parallels with the year 1980, when Ian Smith’s regime was deposed from power. The civilian political leaders who, on the face of it, appeared to have the power owed their ascendency to the army which had fought against white rule.

Mugabe’s ascendency to power, therefore, was a function of the army’s role. This fact, however, seemed to elude the old man over the years, when he started to berate and humiliate his fellow comrades. On several occasions, before his ouster, Mugabe reiterated the misapprehension that the gun follows politics, much to the delight of those who enjoyed proximity to him and his wife.

The truth of the matter, however, like we all know, is that politics, on paper, leads the gun but in reality it cannot. It is an undeniable fact that the army is the defence of any country. It has the instruments with which to overthrow, unlike mere political rhetoric from political leaders. It, therefore, becomes important for an army to know where to draw the line and gain public confidence.

It is in view of this fact that I write this piece that Zimbabwe is no different from other countries that have armies, but the role of the military must be well set out. I would still support the army’s actions in November 2017; it was unavoidable that Mugabe had to go by any means possible.

Nonetheless, once normalcy has returned, the army should go back to its official duty of defending the country. The military should, for the good of democracy, profess non-inclination to any political party. We have heard plenty of misguided statements from Zanu PF politicians since the days Morgan Tsvangirayi. Many will remember the infamous declaration that the army would not salute a leader without war credentials.

Such utterances apparently poisoned the political environment and the remnant of the effects can be felt from the undiplomatic conduct of Mukupe.

Zimbabwe is unlikely to make a meaningful headway towards democracy, as long as the army is perceived to dabble in politics. In fact, democracy, in its true form, can never survive in an environment where the military has an upper hand.

It becomes imperative, therefore, that the army in Zimbabwe moves to restore its image and openly pronounce its neutrality. The army must not only be heard to be stating that it’s apolitical, but its conduct must prove the same. The country can be sure that it is under military rule, thinly disguised by a civilian leader if the status quo remains.

It must be properly understood that the intervention of the army last year should never be allowed to be the norm. The obtaining situation then, demanded such action. It had become overwhelmingly clear that Mugabe had fallen victim to his own wife. The situation, therefore, called for an urgent intervention as we witnessed and hailed the army.

It must be understood that the army must remain apolitical, even as we head towards the elections.

The army must protect and defend the country only; they have no role in politics. Interference by the army in this country may easily prove to be the largest undoing of the progress of this nation.