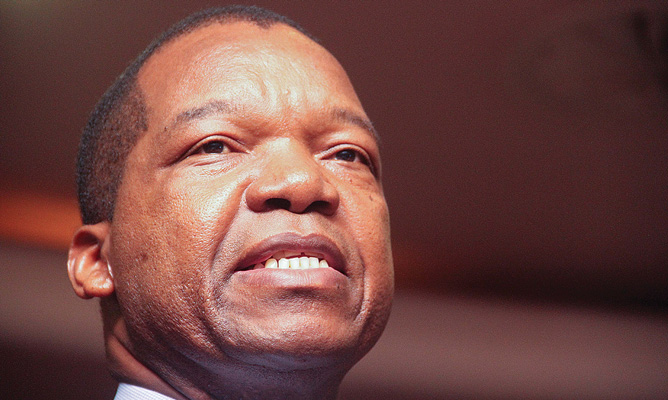 Reserve Bank of Zimbabwe (RBZ) governor John Mangudya on Wednesday said government would in the next two months introduce $200 million worth of bond notes in denominations of $2, $5, $10 and $20, to add to the family of bond coins currently in circulation to ease the cash crisis.

Soon after the announcement, people took to social media platforms to blast government for hatching a clandestine plan to reintroduce the long-abandoned Zimdollar that would bring an economic meltdown similar to the one in 2008.

Most people said the move was badly timed and would reactivate the black market, saying the bond notes were the same as the bearer cheques that were introduced by former RBZ governor Gideon Gono during the hyper-inflationary period.

Long queues were observed at most banks yesterday, with account holders trying to withdraw all their savings fearing their US$ savings would be converted into the local currency.

Renowned economist John Robertson said the introduction of the bond notes would have devastating effects on the economy, considering that people do not trust government.

“Government may end up printing billions and this will weaken the bond note currently given the same value with the US dollar. This will delay the recovery of the economy because this is not real money and will not be used to pay salaries, imports and so on,” Robertson said.

Former Finance minister and opposition People’s Democratic Party leader Tendai Biti said the introduction of bond notes signified the “gross admission” by the Zanu PF government that it had dismally failed to address the economic meltdown.

“In this regard to the extent that Zimbabwe’s productive capacity is near to zero, it cannot afford as yet to bring back its currency,” Biti said on his Facebook page yesterday. He said over the past few years, more than 6 000 companies had shut down, rendering at least 300 000 workers jobless as the economy took a nosedive.

“The bottom line is that Zimbabwe does not have the requisite export base to support a currency. More accurately, the country simply does not have a trade balance to even think of bringing the Zimbabwean dollar,” he said.

“The Zimbabwean citizen long ago jettisoned this regime and its currency. It will not accept this new dollar just like it rejected the old dollar.”

He said the introduction of bond notes would create a fresh wave of externalisation, tax avoidance and evasion and kill the few remaining operating companies.

Economist and MDC-T shadow finance minister Tapiwa Mashakada said the introduction of the bond notes would have a devastating effect on the economy.

He said it was a subtle way of reintroducing the Zimdollar and an admission by the Zanu PF government that they had failed to run the economy.

He alleged Zanu PF rigged the 2013 elections, but could not rig the economy.

“These are the consequences of a stolen election, corruption, illicit financial outflows, and lack of fiscal discipline, externalisation, a growing public debt and the decimation of production. The much-touted ZimAsset has been a monumental failure,” Mashakada said.

“The economy cannot be rigged. Confidence is at its lowest level. Very soon, the Zanu PF government will start printing money again. There will be a rundown on deposits followed by capital flight.”

He predicted government would soon be unable to pay salaries and other transfers and de-dollarise the whole economy by December 2016, thereby plunging the country back to the era of hyperinflation.

United Kingdom-based Zimbabwean lawyer Alex Magaisa said printing of bond notes would reactivate the black market and massive profiteering that most people had been used to during the Zimdollar era, a move he said would cost the economy.

A banker who declined to be named told NewsDay yesterday that the new notes’ success depended on their acceptability by the market.

“The success of the bond notes depends on whether they are accepted by the market. Remember the bond coins faced resistance in the early stages and were only embraced when the South African rand depreciated against the dollar,” the banker said.

National Vendors’ Union of Zimbabwe chairperson Stern Zvorwadza said informal traders were the most affected, as they would not be able to use the notes outside the borders where they source their wares.

“As vendors, we are very sceptical about the introduction of bond notes. We have no confidence in the bond notes at all because to us, history is repeating itself,” he said.

“This is simply dragging us to the previous cash challenges that we faced during the Zimbabwe bearer cheque era. These bond notes are truly and simply another name for bond paper bearer cheques.

What the Government of Zimbabwe is doing is a fallacy of imagination, but surely it cannot be treating its citizens as useless people who can just be abused without say.

As vendors, we are warning the Government of Zimbabwe to stop playing with our lives. Why didn’t they first consult us before making such a careless pronouncement? Will the other governments (South Africa and US) remain comfortable with Zimbabwe equating their real money with useless bond drawings denoting their currencies?”

Urban Transporters’ Association president Simbarashe Ngarande, however, embraced the proposed notes, saying his association would not have a problem receiving them as long as they were accepted by service stations.

“If service stations will not accept them, that’s where we will have problems,” he said.