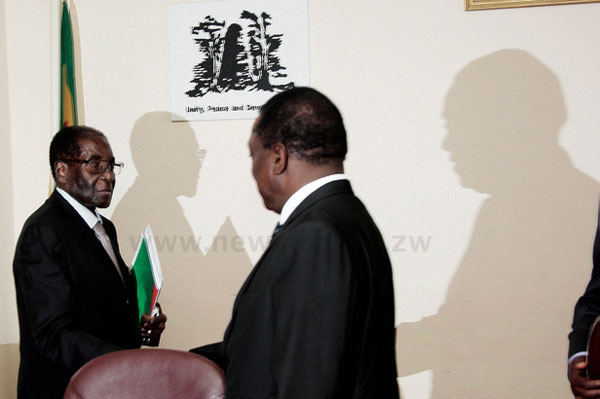 Vice-President Kembo Mohadi, who administers the National Peace and Reconciliation portfolio, and British Premier Theresa May were also cited as respondents, where civic groups were seeking an order compelling them to release the Chihambakwe Commission of Inquiry report, which contains findings into the Gukurahundi massacres.

High Court judge Justice Maxwell Takuva, however, dismissed the application on grounds that the respondents, particularly Mnangagwa and Mohadi, were not properly served. The activists had cited Mugabe as first respondent, Mnangagwa, Mohadi and May as second to fourth respondents respectively.

May was cited as the head of British government, which was the guarantor of the Lancaster House Agreement and was directly in charge of the mobilisation process of the Zimbabwe National Army between 1979 and 1985 the period in which Gukurahundi occurred.

“This is a constitutional application to compel the respondents jointly and severally to release the Official Findings of the Zimbabwe Commission of Inquiry into the Matabeleland disturbances also known as Chief Dumbutshena and Justice Chihambakwe Commission respectively and/or alternatively first and second respondents to set up a public enquiry (Truth and Reconciliation Commission) into the Gukurahundi genocide and ensure post conflict justice, healing, reconciliation, reparation among other measures,” Fuzwayo had submitted.

He said the government responded with a series of massive military campaigns in which thousands of civilians were raped, butchered, tortured and lost their property.

Fuzwayo said in 1982, the government of Mugabe deployed the army in Matabeleland and the atrocities began, leading to more people losing lives.

Mpofu and Thomas, in their affidavits, concurred with Fuzwayo and prayed for the release of the report demanding that the government should set up another commission of inquiry for healing to take place.

Gukurahundi remains an emotive issue despite Mugabe saying it was moment of madness, and Mnangagwa adding that it was a closed chapter.