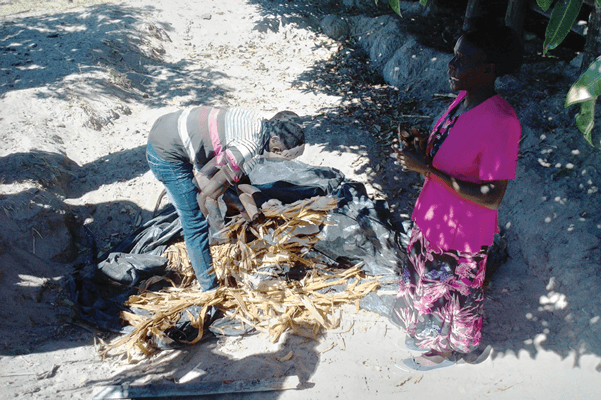 Cattle ownership in the country’s rural areas has often been regarded as a symbol of wealth and prosperity. Besides being a source of pride, it also provides cover in times of socio-economic shocks such as hunger and drought.

CHIRUMHANZU — Cattle ownership in the country’s rural areas has often been regarded as a symbol of wealth and prosperity. Besides being a source of pride, it also provides cover in times of socio-economic shocks such as hunger and drought.

Many subsistence farmers in Takawira resettlement area, Zezai and Rusununguko villages here, however, could not make the most of their cattle in the past due to lack of knowledge on how to maximise on the benefits derived from their livestock in the fight against poverty.

For many years, some of these villagers merely boasted about their ownership of cattle, though they had nothing significant to show for it. The cattle had poor yields and there was no viable market for their milk, which they ended up selling to neighbours for a song.

But things have started looking up, courtesy of the Feed the Future Zimbabwe Livestock Development Programme bankrolled by USAid through which farmers are being trained to maximise benefits from their cattle.

The programme is set to end in June 2020 after a five-year cycle, with the expectation that farmers would have gained sufficient knowledge, skills and market contacts to ensure that their businesses will outlive the programme’s lifespan.

Takaona said the programme was designed to help the farmers commercialise their cattle enterprises.

“Farmers needed to change their mindsets and look at their farms as a business,” she said.

The programme, Takaona said, was also meant to turn the traditionally beef farmers into dairy by using their beef cattle as many could not afford the average US$1 600 (ZW$16 000) required to purchase a dairy heifer.

“With the beef-dairy model, we realised farmers were not able to buy pure dairy breed. But since they already have beef cattle, they can milk the cows and sell the milk to the market,” she said.

“It’s a springboard for them to get into dairy. Profits from the milk sales can now be invested into buying pure dairy cattle.”

One of the beneficiaries, Sarah Ndodha, who is now the village milk aggregator in Rusununguko village, said managing her cattle as a business has turned around her fortunes.

“Farming milk is farming money,” she said. “I’m so happy that Feed the Future pulled me out of the mud.”

The village milk aggregation system was implemented to ensure that a group of farmers with few milk volumes could come together and combine their yields for purposes of viability and profitability.

The aggregator heads the group, which may have five or more farmers pulling together in harness.

The massive national power outages by Zesa Holdings, however, have not spared these farmers, for whom electricity is a critical resource as they need to keep their milk refrigerated before delivery to the market.

Ndodha said she has seen how proper cattle management can help villagers earn their keep from their livestock after joining the programme in 2016.

“We used to give away excess milk after having sold some for a pittance. But now we understand cattle management and we have been selling milk to schools in the area,” she said.

She, however, said they recorded little sales during school holidays as educational institutions were their major clients.

Ndodha said things changed when Dairiboard Zimbabwe Limited — the country’s biggest manufacturer and marketer of liquid milk, food and beverage products — came into the picture and inked a deal with the farmers for the supply of milk.

Working with Dairiboard forced the farmers out of their comfort zone to up their game as the company is strict when it comes to buying milk, in line with its quality control regime.

“Dairiboard taught us good hygienic and feeding practices for our cattle. They demand high levels of hygiene. We had to build proper milk storage facilities, for example,” Ndodha said.

According to Godknows Masunda — Feed the Future’s field officer for Chirumhanzu, upon receiving milk from the farmers, Dairiboard carried out tests to determine the quality of milk supplied.

“After testing the milk samples, they also send them to a third party, usually an independent laboratory, for further tests and then compare the results before making an opinion,” he said.

When the programme was first implemented in Chirumhanzu, some villagers were, however, skeptical about its sustainability and there were pockets of resistance.

A number of villagers, according to Rusununguko village head Dzingai Mzembi, had been disillusioned after an earlier, almost similar programme, had suffered stillbirth.

“We used to have the Takawira dairy project, but it did not last long because of financial challenges. So, when Feed the Future first came here, some people did not quickly jump for it,” he said.

Chiedza Maparadze from Zezai village was among some of the doubting Thomases who were not in a hurry to embrace the gospel of financial liberty through dairy farming that Feed the Future had come preaching.

“I used to avoid the programme. I thought it was just another con-song because it was too good to be true,” she recalled.

It was only in 2016, after Masunda’s persistence — fired with evangelistic fervour — that Maparadze’s resistance was broken.

Converted by the almost miraculous transformation she saw in her cattle, she is now singing from the same hymn book.

“Before I joined the programme, my cattle used to give birth after three or four years. I thought it was normal. I didn’t know that with good cattle management practices, they can give birth every year,” said Maparadze, who owns a head of 10 beasts.

Feed the Future provincial supervisor for Midlands, Meynard Chirima, said although the programme was initiated to fight poverty and ensure food supply and profitable agricultural and livestock practices, it has delivered much more.

“Once people have incomes (from milk sales), we are also looking at nutrition, so the money should also be invested in the home,” he said.

“We use a wholesale approach as we also look at goats and poultry on the homestead. If not handled properly, these can drain the milk business. If dogs are infected with rabies, for instance, we get worried because they can bite the cattle.”

Chairperson of the eight-member Batapako Milk Group, John Matinika, said milk had transformed their lives for the better.

“In the past, we used to get just 40 cents for every litre of milk and consumed the money for domestic purposes, but when we joined the programme and started running it as a business, we now get about $2,” he said.

With no funds to procure the requisite cattle breeds for sustainable and profitable dairy farming, a lot of communal farmers here have found their succour in the beef-dairy model that has not only seen them increase milk production from their cattle, but many have also seen their herds grow courtesy of effective cattle management systems.

By 2016, milk production levels had dramatically plummeted from the early 1990’s peak of 260 million litres to between 50 million and 65 million litres per year as the industry struggled to recover from the devastating impact of the land reform programme and economic turmoil.

The country requires at least 120 million litres of milk annually, which is more than half of the current national requirement.