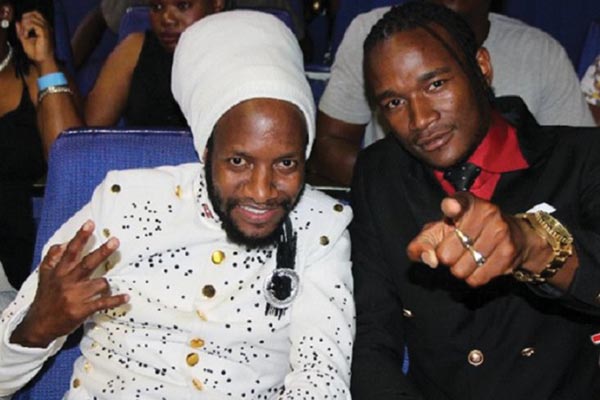 Zimbabwe is popular for, among other things, its beautiful landscape, wildlife and safaris. These features make the country a popular tourist destination, especially for tourists looking to see the sights of some of its cities, such as Bulawayo and Harare. Beyond these sights and attractions, Zimbabwe is not lacking in other sources of entertainment. In […]

Zimbabwe is popular for, among other things, its beautiful landscape, wildlife and safaris. These features make the country a popular tourist destination, especially for tourists looking to see the sights of some of its cities, such as Bulawayo and Harare. Beyond these sights and attractions, Zimbabwe is not lacking in other sources of entertainment.

In fact, although it may not often be compared to the likes of entertainment cities such as Singapore, Monte Carlo or Las Vegas, Zimbabwe can easily be considered one of the finest entertainment spots. It has a wide array of entertainment options to choose from.

With a thriving nightlife that matches its picturesque sights, Zimbabwe is the place to be for entertainment lovers. From casinos to clubs to good music, there is plenty to keep you busy through the night.

For those who enjoy table games and slots, Zimbabwe has some of the finest casino spots operating with little to no restrictions. This way, players get the best casino experience both in-house and virtually on their PCs or smartphones, including a wide variety of betting bonuses, expansive selection of games to choose from and more. Zimbabwe boasts 22 gambling spots located across 11 cities, complete with horse racing tracks and stunning casino halls. Harare is home to the most casinos, with about five gambling establishments, 262 slot machines and 26 table games.

The days of partygoers going on long drives in search of some mid-week or weekend fun have come and gone in Zimbabwe. Nightclubs are a huge part of the nightlife and have greatly contributed to the landscape of the country. Much of the landscape used to be dominated by funeral parlours, retail outlets, office buildings and restaurants before nightclubs grew in relevance and scale.

Now, they are scattered all over the country, with the highest concentration in Harare. A spike in consumerism has boosted the entertainment landscape, transcending into more options for other industries. The influx of revellers has also brought more clothing outlets, food outlets and nightclubs. This appears to have added further excitement to the already bustling nightlife, as more people are willing to explore entertainment options after sunset.

Zimbabwe is in no way lacking in breath-taking sights and attractions. These physical entertainment centres have drawn the attention of both domestic and foreign tourists, resulting in a significant number of visits every year. Some major attractions include:

The Hwange National Park is the largest of the game reserves in Zimbabwe, with the most history as well. The park, which is relatively the size of Belgium, houses over 400 different species of birds and 100 species of mammals. This makes it one of the most diverse reserves around the globe. Hwange National Park is home to leopards, lions, buffalo, large packs of painted hunting dogs and some of the largest herds of elephants on the planet.

The second-largest city and original capital state of the country, Bulawayo leaves nothing to desire with its quiet streets and scenic landscape. While the Victoria Falls steals the bulk of the attention from Bulawayo, the city still manages to shine with its rich culture and history. The National Art Gallery is found here and is home to a variety of local crafts such as clay sculptures and baskets as well as an extensive array of ethnographic art pieces such as headdresses and masks that were used during religious events.

The Natural History Museum, which is slightly older, is also found in Bulawayo. It opened to the public in 1964 and has some detailed pieces that relate the history of the country before and after colonialism, including traditional customs and local traditions.

Over 6,000 acres of land stretching along the river Zambezi contain the flourishing rainforest reserves of the Victoria Falls. Some of the best sights in the country are located in the area, including a crocodile farm, bridge and national park. The shores of the rainforest offer a glimpse of four areas that culminate the natural wonder that is the Victoria Falls: the Eastern Cataract, Horseshoe Falls, Main Falls and the Devil’s Cataract.

A short route into the Cataract Point located at the far west end opens up to a panoramic view of an eastward-facing Victoria Falls. A little further into the Danger Point houses some 73 steps that descend into the gorge that separates the country from one of her closest neighbours: Zambia. The gorge is the closest place to the lowest of the five waterfalls — the Devil’s Cataract.