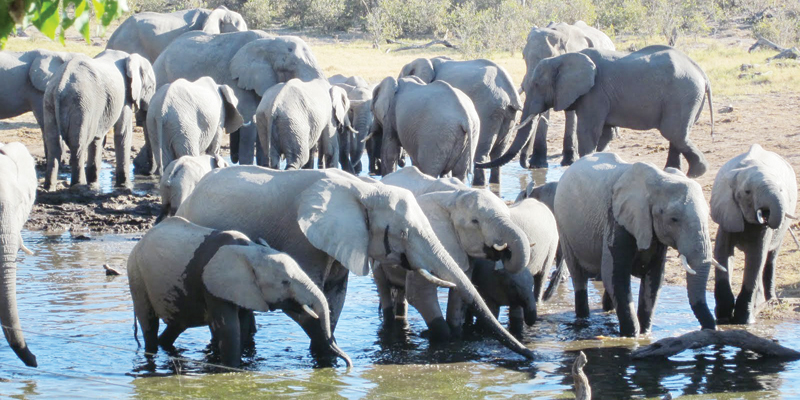 THE Zimbabwe Parks and Wildlife Management Authority (ZimParks) raked in over US$3,2 million in the sale of 101 baby elephants to China and the United Arab Emirates between 2016 and this year.

THE Zimbabwe Parks and Wildlife Management Authority (ZimParks) raked in over US$3,2 million in the sale of 101 baby elephants to China and the United Arab Emirates between 2016 and this year.

The proceeds have reportedly gone into the capacitation of ZimParks, where it reportedly bought equipment for conservation activities.

According to a statement released by ZimParks, the organisation pocketed $3 253 000 from the sales and spent about $3 253 225,45 to buy Toyota Land Cruiser vehicles, among other accessories, for the day-to-day running of the organisation and game parks.

On average, a calf was sold at about US$32 000. The calves were taken from national parks such as Hwange.

The statement was released after animal rights activists took to social media, accusing ZimParks of misappropriating sale proceeds, while politicians have been accused of using the sales as their feeding trough.

ZimParks spokesperson Tinashe Farawo yesterday confirmed the figures and the expenditure of the proceeds, dispelling any mismanagement rumours.

“ZimParks sold a total of 101 elephants for the period 2016 to 2019. The tabulated figures are authentic and will dispel the malice perpetuated by misguided elements.”

He said claims that elephant sale proceeds were misappropriated by politicians were false and unfounded.

“Funds generated from live sales are used in conservation of elephants in the protected area and its immediate surroundings. ZimParks does not get funding from the fiscus so such funds go a long way in addressing the conservation requirements. ZimParks relies on internal commercial business and on public-private-partnership arrangements to generate financial resources to support all its operations,” Farawo said.

He said the sales got the nod from the Office of the President and Cabinet and that the transactions were done according to national laws, in particular the Parks and Wildlife Act: Chapter 20:14 and International laws, especially CITES.

Elephant sales and trophy hunting are a lucrative business. In Botswana, a trophy hunt costs about US$45 000 per single adult elephant, while in South Africa, it is around US$60 000.