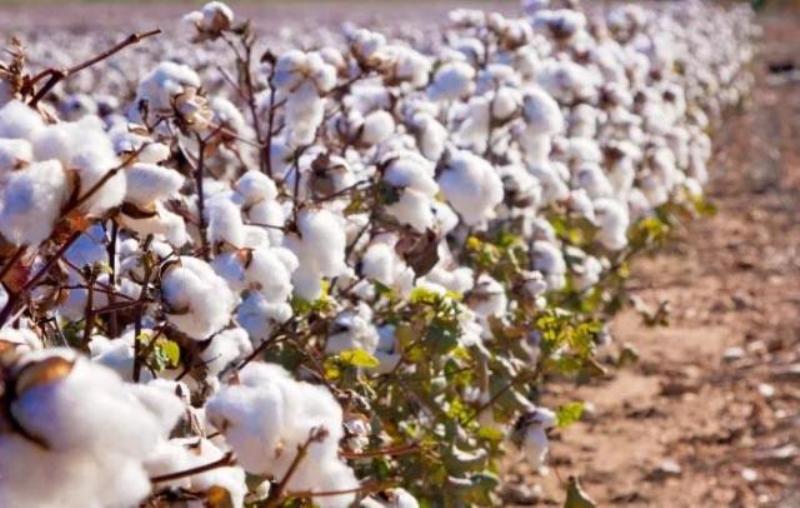 “Money would come in bits during the time my husband was alive, and we were at least grateful for that. But that money would only buy food and the cotton seeds we needed for the next season,” she told Anadolu Agency.

FOR many years, Silibaziso Handa has grown cotton on her five hectares of land in Mavhulele village in Gokwe South district, Midlands province.

But even at the age of 63, she is still growing the cash crop despite facing poverty.

Widowed and taking care of four orphaned grandchildren, she has made sure to plant cotton each farming season.

Little change Handa has, however, kept complaining that for all the years she has toiled growing the crop, very little has changed in her life.

Before her husband, Pritchard, died a decade ago, they farmed cotton together.

“Money would come in bits during the time my husband was alive, and we were at least grateful for that. But that money would only buy food and the cotton seeds we needed for the next season,” she told Anadolu Agency.

She claimed there were always excuses from cotton buyers from the Cotton Company of Zimbabwe to buy the white gold.

Handa lost three of her daughters to Aids, and with her three other daughters married and living in cities with their own families, she has had to remain at her rural homestead in the company of her orphaned grandchildren.

Aged 17, 18, 20 and 22, for lack of school fees, the grandchildren — all of whom are girls — dropped out of school and now focus more on growing cotton with their grandmother, even as they get next to nothing after selling a couple of cotton bales.

In fact, cotton farmers like Handa and her grandchildren are farming themselves into poverty in this southern African nation, getting zero returns from their sweat at the end of each farming season.

Worthless currency For their growing plight as cotton farmers, many like Handa have had to pin the blame on the local currency preyed on by Zimbabwe’s ballooning inflation.

Cotton itself is bought using the local currency, even as it has been rendered almost worthless by inflation, which hovers above 257% .

But that is a thing of the past now, with cotton sold only in Zimbabwe dollars, meaning cotton farmers like Handa have to perpetually battle with poverty with zero benefits from their sweat.

“The money has no value, even if it comes, and this is made worse by payments that often come late when the local currency would have been chewed away by inflation,” said Handa.

Yet as inflation erodes the Zimbabwean dollar, local cotton buyers are said to be vanishing for months on end before availing payments to poor farmers like Handa.

That has meant by the time many cotton farmers like Handa get paid for their cotton deliveries, the money they receive would have lost value.

Persisting In regions like Gokwe in Midlands province, even as they earn poorly from selling the white gold, the farmers still cling to growing the crop.

“Many cotton-growing farmers here incur losses on growing cotton. But every farming season, they still go back to growing the crop, even if it may mean they have to borrow the inputs, remaining poor in the process,” Mathias Mucherera, a government agricultural extension officer based in Midlands province, told Anadolu Agency.

As such, as the cotton farmers fall deeper and deeper into poverty, cotton deliveries in Zimbabwe last year jumped to 116 052 tonnes from 82 479 tonnes in 2020 following subsidies and increased government support to farmers, according to the Cotton Company of Zimbabwe.

Handa has said she wonders why many of them have descended into poverty when recorded sales of cotton are on the rise in the country.

Corruption But recently, with corruption rocking the cotton farming industry, Gokwe-Nembudziya legislator Justice Mayor Wadyajena was arrested following a case related to stockpiles of cotton farming inputs which were reportedly found stashed at a warehouse linked to him in his constituency.

For Handa and many other cotton farmers here, as politicians like Wadyajena reportedly devour what should be theirs, poverty has become the order of the day.

“It’s as if we farm poverty as we insist on growing cotton. Nothing seems to change for me, and I struggle to even buy food and farm inputs despite growing cotton every year,” she said.

Yet, said Handa, farmers like herself have had no choice except to keep growing cotton with the hope of earning better returns each season, but the result has been the same every year.

She has to battle it out fending for her four orphaned grandchildren, who still look up to her for support.

Cotton prices have also fallen over the years here, and that has meant that the situation is getting worse and worse for farmers like Handa.

“Cotton is not paying any longer,” she said.

In fact, with poor pricing of the white gold here, some cotton farmers, like 68-year-old Eliva Mhere, a resident of Gokwe, are quitting growing the crop, citing poor returns where a kilogramme of cotton is now priced way below US$0,50.

“I have stopped growing cotton because it only makes me poorer because of how its prices have kept falling,” she said.