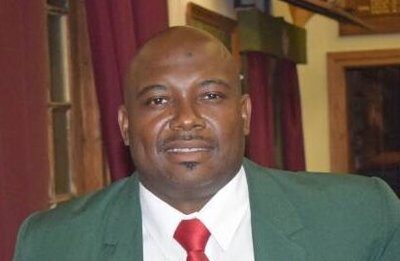 Nearly four months after clinching the Rugby Africa Under-20 Barthes Trophy in Kenya, the Junior Sables punished an error-strewn Canada side as they raced to a 20-7 lead at halftime before holding off a spirited comeback on their way to a deserved win.

BY DANIEL NHAKANISO ZIMBABWE Under-20 rugby team coach Shaun De Souza has lauded the character of his players after they upstage the higher-ranked Canada 32-24 in the opening match of the Under-20 Canada Conference at Guelph University in Ontario on Saturday.

Nearly four months after clinching the Rugby Africa Under-20 Barthes Trophy in Kenya, the Junior Sables punished an error-strewn Canada side as they raced to a 20-7 lead at halftime before holding off a spirited comeback on their way to a deserved win.

Winger Tavonga Ablant, who was named the player of the tournament at the Barthes Trophy in Kenya, led Zimbabwe’s charge with a brilliant hattrick in addition to a try each by winger Emmanuel Farawu and scrumhalf Panashe Zuze.

Skipper Takudzwa Musingwini, who was impressive at fullback, chipped in with a conversion and a penalty while replacement flyhalf Benjamin Pattenden managed a conversion.

De Souza, who went into the match with very little knowledge of his opponents, attributed the win to his team’s hard work and commitment leading up to the tournament.

“I’m excited for the boys and for all the hard work which is now paying off,” an elated De Souza told NewsDay Sport in an interview from Canada yesterday.

“This is some reward for all the efforts that we have put out in sacrificing time to come to training camps and preparing. Beating Canada on their home patch is a special moment for these boys, words can’t really explain their emotion right now, I don’t think it has settled in yet.”

Zimbabwe’s win was made more special by the fact that they were missing the services of six key players who were yet to arrive in Canada due to visa delays.

In a testament of the team’s impressive depth, the Junior Sables hardly looked like a side missing their star players, as the speed of their backline exposed holes in the Canada defence while their forwards won a number of turnovers at the breakdowns.

“This is a brilliant win because we really didn’t know what Canada had and we worked on all the angles, from goal line execution, 22 dropouts, our kickstarts our tackle situation. We covered all situations and worked on our lineouts and our scrums, although we were depleted in our scrums with two front row players not available to us because they were still on their way or in Zimbabwe due to visa issues,” De Souza said.

“Otherwise, we had a brilliant game, defensively we were dominant which was our plan and it paid off well. We had a 5-3 split in our forwards for that reason so that we could dominate with our loose forwards. We loaded loose forwards in our selection because we wanted to be aggressive in defence and use our high work rate players and it definitely paid off.”

The Junior Sables will be hoping to continue their good run in the competition when they take on Uruguay at the same venue on Thursday.

Like the Zimbabwe side, the Uruguay side got their campaign of to a winning start after defeating Chile 27-3 in an earlier match at the same venue.

By Henry Mhara 6h ago
Big night for duo