R&B singer R. Kelly to be sentenced for luring women, girls for sex

THE Zimbabwe United Passenger Company (Zupco) has hiked fares by over 100%, effective from Wednesday.

The fare hike comes barely a month after public discontent over its monopoly in the transport sector, which left thousands of commuters stranded last month.

In a statement on Friday, Zupco announced that passengers, who use their buses and kombis will now pay $220 from $100 for distances of up to 20km, while those travelling distances of 21km to 30km will pay $260. 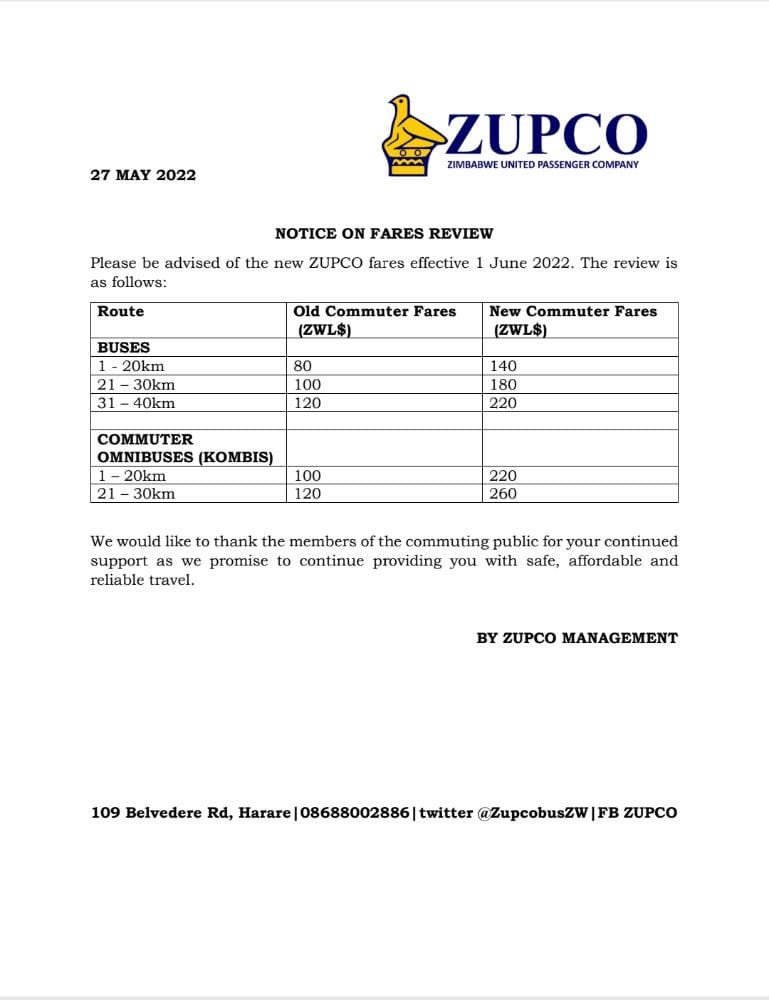 “As passengers, we also need to be consulted to understand why the fares are being increased because some hikes are unjustified. As commuters, we cannot budget if the transport fares keep on being increased,” Goliati said.

He said while government could be applauded for consulting passengers concerning the return of private kombis, PAZ was appalled that there were some illegal kombis that had started operating and might cause disorder in the transport sector.

“This time the government consulted us on the issue of the return of kombis, and we are going to submit our proposal. We also urge the Harare City Council to take action and implement the Bulawayo model for kombis to operate smoothly. Since the announcement was made by government that kombis can return, we have noticed some illegal operators that are using undesignated drop off points. We condemn such acts,” Goliati said.

The use of spikes by police was banned after several passengers died in cat and mouse chases between police and kombi drivers.

The growth of urban agriculture in Zimbabwe