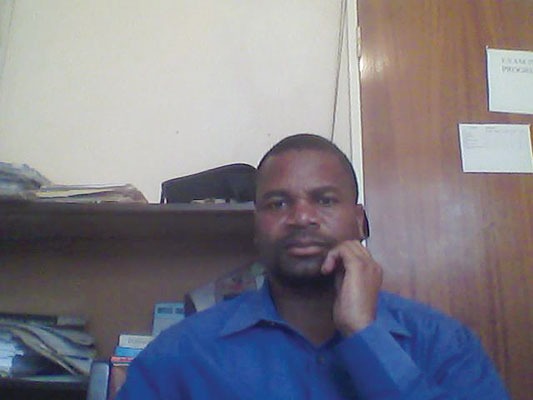 ECOSYSTEMS are a geographical area where plants, animals and other organisms, as well as weather and landscapes work together from a bubble of life. Ecosystems contain biotic or living parts, factors or non-living parts. Biotic factors include plants, animals and other organisms. These play an important role to recharge the earth so that it is ever rejuvenated with nature species.

Human activities described as anthropogenic climate change, made by people or people induced, or resulting from people’s unsustainable behaviour towards the environment, have remained a cause for concern.

Anthropogenic is usually used in the context of emissions that are produced as a result of human activities, regulated or unregulated.

The irony behind the emission discourse is that every year leaders of the world travel to a designated place for their Conference of Parties (COPs) to deliberate on their ways of life which have changed the world’s atmosphere, to talk about their own behaviours which they have no answers to.

All these human-induced activities have resulted in ecological consequences due to accelerated warming activities resulting in climate change.

Due to the levels of global warming of the past century, recent studies have shown effects of climate change on ecological systems. For this reason, global climate change can be viewed as contributing to negative impacts of a wide range of ecosystems. Globally, anthropogenic climate change activities are having negative impacts on plants, animals, water, creature species populations, land, soils and insects and the agents of change do not seem to care much.

According to previous reports by the inter-governmental panel on climate change (IPCC, 1996), the earth’s climate has warmed between three degrees to six degrees over the last hundred years. For that reason, climate change has had far-reaching effects on species and ecosystems throughout the world according to different geographical locations. Vast hectares of forest land have been destroyed in Africa and the Amazons, through commercial logging, building of new settlements, clearing of forests for agriculture and burning.

Millions of hectares of forest are cut down and burnt every year also clearing for pastures, settlements and croplands, among others.

In addition, excess carbon emitted during the destruction of forests, degrading landscapes, from forest fires, exposed bacteria and other earthly micro-organisms may release more than twice  the amount of greenhouse gases. These gases that are emitted from the destroyed ecosystems into the air, alter the composition of the atmosphere and accelerate global warming activities.

These are a result of human greed and population explosion, the more the people, the more space they need for settlements. These cause large-scale drying and moisture stress due to loss of forest canopies.

Brazil’s National Institute of Amazon Research estimates that, deforestation put four times more carbon into the atmosphere than the nation’s fossil fuels do. In Africa, we have witnessed the destruction of forests in the Congo Basin, hardwoods in Gabon, Namibia, Mozambique and the Zambezi Valley.

These human activities are mainly carried out by multinational companies which have developed a dodgy affair with the environment.

Forest fires have contributed to large-scale pollution, including burning creatures that live in trees and underneath the soils and on the earth’s surface whose job is to break down leaves, twigs and grass into humus necessary for moisture retention.

Forest fires are also considered a major source of pollution resulting in large-scale GHG emissions. Loss of trees means nothing would be left to soak carbon, bring fresh air and stop soil erosion.

Droughts and extreme weather conditions also weaken the ability of trees to fight off aggressive bugs such as beetles which can bore through trees, clog the passage for mineral salts uptake leading them to drying and dying.

Climate change has affected the water sector in Zimbabwe and other countries South of the Sahara badly. IPCC (2007) predicted that a 3,10C temperature increase in the 21st Century together with a reduction in precipitation in Southern Africa of about 15%, will have negative impacts on the water sector, agriculture and ecosystems. Reduced river flows will result in less inflows into reservoirs, hence reduced storages. The Kariba Dam is a case in point. Water scarcities will have a negative impact on food security, urban water supplies, including the quality of water for human consumption will be affected. Unco-ordinated land use practices will contribute to the quantity and quality of river flows thereby threatening acqualife and river ecosystems.

Lack of constant and fixed planet to plan for, means that there is more uncertainty and crops are affected resulting in moisture stress and reduction of yields, dropping of seasonal production, and nutrients becoming scarce.

That is why it is recommended to switch to more drought-tolerant varieties which do not deplete moisture, and also mature early, since cropping seasons become unreliable and unpredictable.

Crops have challenges in thriving under conditions of extra carbon in the atmosphere as compared to woody vines which can thrive under extra carbon due to devoting more energy to photosynthesis. Maize and groundnuts can hardly produce more under temperatures ranging from 350C upwards.

Anthropogenic climate change has also affected ranching and grazing patterns for livestock and wild animals leading to human-wildlife conflicts. Amphibians and reptiles are some of the species at high risk due to their cold-blooded nature, as they need to keep themselves in cool temperatures.

Frogs are the most threatened throughout the globe due to the effects of pesticides and other chemicals. These affect their reproductive patterns. Scientists have also noted that climate change has contributed to the depletion of frog communities including their extinction.

Floods and droughts have contributed to butterfly populations crushing.

Mosquitoes have been found to be the only insect thriving under the effects of climate change. Many parts of Africa remain potentially dangerous in the tropical environments especially, due to extreme heat and moist conditions. Malaria is also moving to previously untouched parts of African highlands.

Several researches have also a considerable decline in mice populations because of fragmentation of trees and hedgerows where they like to live. While winters interfere with mice hibernations, warm summers contribute to stressful scenarios in mice communities.

All these communities and colonies of small creatures discussed above appear useless or a nuisance in the eyes of the people but they help the world take shape, keep going and in moderation.

By Charles Dhewa 5h ago
Business vs financial literacy

By Newsday 16h ago
How Do You Use Your Social Media For Growing Traffic & Sales?