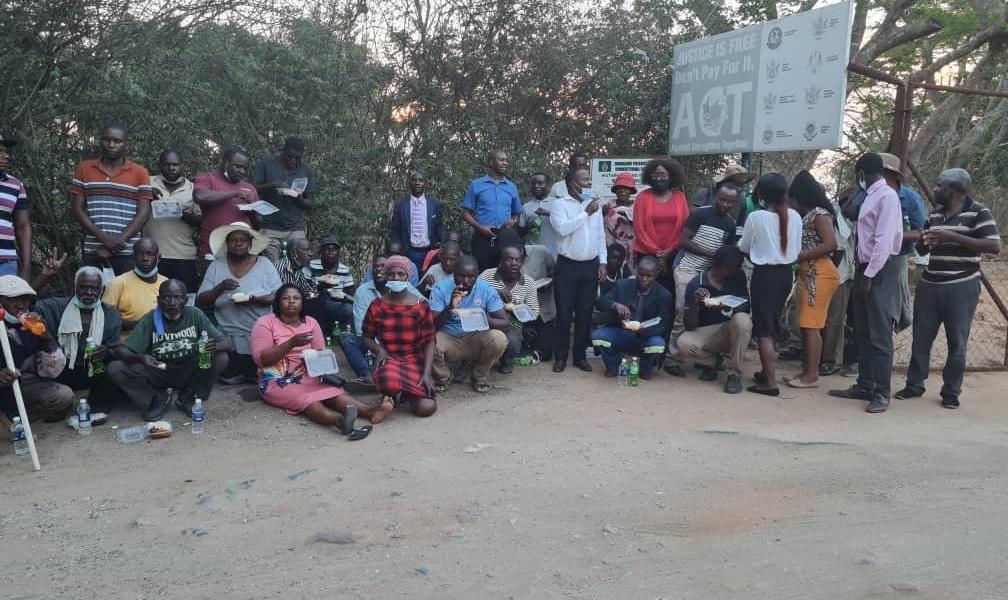 Families from Chiadzwa village were relocated to Arda Transau, 24km from Mutare in 2009, while in 2004 at Murowa Diamond Mine, 926 people were relocated, among several other cases.

BY STAFF REPORTER CIVIC society organisations (CSOs) that are members of Publish What You Pay (PWYP) yesterday decried development-induced displacements and resettlements (DIDR) of communities in Zimbabwe.

At a virtual conference yesterday, PWYP Zimbabwe Coalition, a coalition of 23 CSOs, said development-based displacements had severely lowered the standards of living of rural populations, fuelled poverty and infringed the land rights of affected rural populations.

It said while mining was the lifeblood of the Zimbabwean economy, contributing 60 cents of every dollar of foreign earnings, mining-induced displacements had become worrisome.

Areas affected by mining-induced displacements include Marange where 4 321 families were affected.

Families from Chiadzwa village were relocated to Arda Transau, 24km from Mutare in 2009, while in 2004 at Murowa Diamond Mine, 926 people were relocated, among several other cases.

“It is worth noting that as more and more mineral deposits are discovered across the country in pursuance of governments’ plans to get US$12 billion from the mining industry by 2023 and to underpin the country’s economic recovery prospects, more and more cases of forced displacements are likely to arise in the coming years,” PWYP said.

It expressed concern over the possibility of displacement of communities in Hwange as a result of coal mining and in Murehwa, Mutoko and Uzumba as a result of granite mining in Chilonga, Chiredzi for growing lucerne grass, and Chisumbanje for ethanol production, and Dinde for coal mining.

“While the constitution prohibits evictions without a court order, many people are evicted from their homes without the required court order. In some cases, environmental impact assessment (EIA) reports which are required to access the effect of mining operations on surrounding communities are not done.

Guinness Book Of World Records
Share this article on social

By Taurai Mangudhla 8h ago
Govt guns for land barons