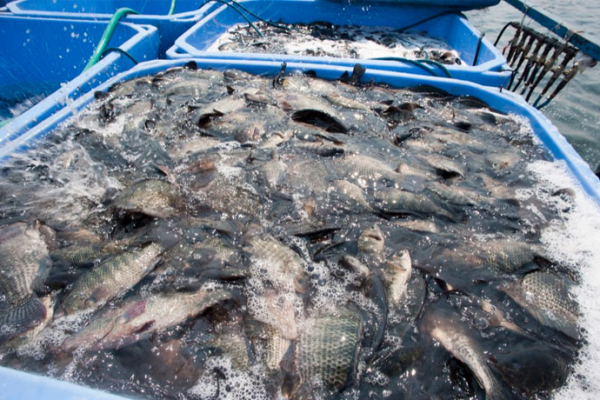 ZIMBABWE’S fish export volumes increased by 37% to 2 318 tonnes between January and September 2019, driven by fresh water frozen fish and frozen tilapia, according to a Livestock and Meat Advisory Council (Lmac) report.

ZIMBABWE’S fish export volumes increased by 37% to 2 318 tonnes between January and September 2019, driven by fresh water frozen fish and frozen tilapia, according to a Livestock and Meat Advisory Council (Lmac) report.

Exports were dominated by fresh water frozen fish and frozen tilapia that contributed 47% and 52%, respectively, of total exports.

“Consumer incomes have not kept pace with increasing costs of fish production, and as a result, fish producers are increasingly exploring regional and international markets to compensate for the local drop in demand,” the report reads in part.

“Foreign currency shortages appear to have had a severe negative impact upon the import of fish,” it said.

Fish imports were dominated by frozen jack and horse mackerel, both in quantity (58%) and value (54%) at an average price of $782 per tonne. Dried fresh water fish were also imported at $2 098/t.

With the right policies and strategies, there is enormous potential to develop fish farming in Zimbabwe, using tilapia — Africa’s own indigenous fish, which achieves good growth rates under intensive production.

Zimbabwe has relatively developed aquaculture and is one of the top 10 fish farming countries in Sub-Saharan Africa.

According to ZFPA, the country’s aquaculture sector can produce 20 000 tonnes of fish, creating 10 000 direct jobs and another 10 000 indirectly.

Currently, Zimbabwe is producing approximately 15 000 tonnes of fish per year in a small number of dams.

If all the dams can be fully utilised the country has a potential to increase fish production to almost 1,5 million tonnes per year, according to experts.

For Zimbabwe to realise the full potential of aquaculture, the private sector and government must work together with financial institutions to establish an Aquaculture Development Fund.

LMAC said as the fish farming industry grew, there was need for accredited and certified trainers to provide expertise and practical training to fish farmers as well as bio-security requirements for fish farming, including effective pest control, regular monitoring of water quality and correct handling of fish to ensure that fish are maintained in a healthy environment for optimum production.

Some of the commercial fish farms in Zimbabwe include Lake Harvest Aquaculture (Kariba), The Bream Farm (Kariba), Mazvikadei Fish Farm, Clairmont Trout Farm, The Trout Farm and Inn on Ruparara, also in Nyanga.