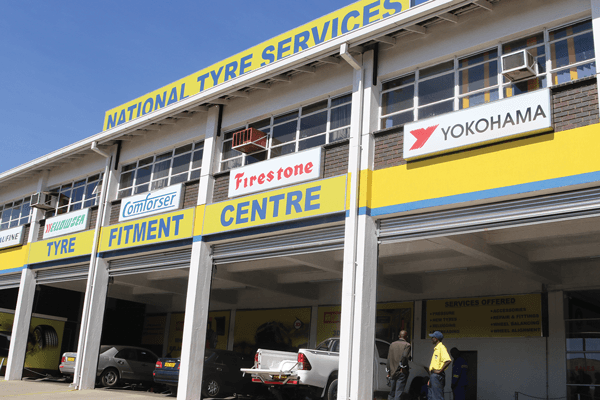 DISTRIBUTOR and retailer of new tyres and tubes, National Tyre Services Limited (NTS), has opened a new fitment centre in the capital city’s Msasa industrial site as it expands its distribution network.

DISTRIBUTOR and retailer of new tyres and tubes, National Tyre Services Limited (NTS), has opened a new fitment centre in the capital city’s Msasa industrial site as it expands its distribution network.

This comes months after the company re-modernised its Cripps Road branch in Harare’s Graniteside and rebranded the Samora Machel Avenue and Chinhoyi branches.

NTS commercial director Albert Ushe said the company was determined to get closer to its customers and the new branch demonstrated the company’s new image and model of branches.

“On a prime and accessible location, the offering exhibits the company’s commitment in offering conveniently customer centric and innovation-driven premium tyre solutions. The Msasa branch resembles the new NTS image and model of branches,” he said.

Ushe added that the company injected about $2 million into the project and was still expecting more expenses to emanate during the period of finalising the project.

He said the company created a property division to grow the business and is indexing all its revenue in United States dollars to hedge the business against inflation.

The Msasa branch is targeting the surrounding industrial area and the company is expecting more revenue to be generated through the branch.

The company has so far opened 14 branches across the country which provide new tyres, tubes, retreading and various tyre management solutions.

The volume of tyres sold during the period decreased 51% and the retreading line volumes decreased 10% compared to the prior year.

The services line volumes decreased by 36%.

Despite the decline in volumes, the company remained profitable and positive cashflows were generated by the business.

NTS focuses on re-lugging tyres used in the agricultural and earth-moving sector as well as transport industry.