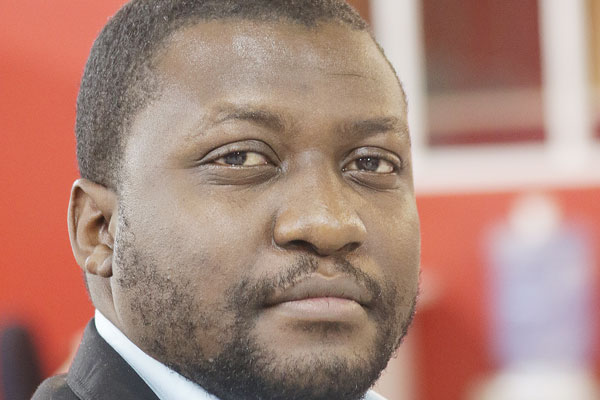 Last week, President Emmerson Mnangagwa had quite a chastening and sobering experience and, instead of trying to look for a propaganda opportunity, this is the right time for him and his administration to go back to the proverbial drawing board — although I am not holding my breath.

Last week, President Emmerson Mnangagwa had quite a chastening and sobering experience and, instead of trying to look for a propaganda opportunity, this is the right time for him and his administration to go back to the proverbial drawing board — although I am not holding my breath.

Firstly, Mnangagwa spoke to a near-empty hall at the United Nations General Assembly (UNGA) in New York, quite an embarrassing episode, although his regime’s sock puppets are quick to point out that other African leaders endured the same indignity.

But, unlike most African nations, Zimbabwe has spent millions of taxpayers’ money on public relations exercises and the UNGA soliloquy showed that Mnangagwa’s superficial efforts are not working.

In addition, Mnangagwa had an opportunity to tell the world how sanctions were hurting the country, but again, there was no one listening and in the end, it was barely more than a pointless monologue that nobody even bothers to remember today.

Nobody was there to listen to the “open for business” rhetoric or to raise the Black Power fist to the half-hearted pan-Africanist stance and in the end, the UN trip was a pointless and expensive jaunt that Mnangagwa would have done well to cancel and save the country millions of scarce foreign currency.

Then there was the damning verdict by UN special rapporteur on freedom of assembly, Clement Voule, who literally tore up and exposed Mnangagwa’s reformist rhetoric as nothing more than an empty charade.

While Mnangagwa was telling the UN that his administration had repealed the Public Order and Security Act (Posa) and the Access to Information and Protection of Privacy Act (Aippa), Voule was releasing a statement that the Maintenance of Peace and Order (Mopo) Bill, which is meant to replace the former, was not an improvement, but was as draconian as the legislation it purports to replace.

Just to be clear, Posa and Aippa have not been repealed contrary to what the President told the UN.

Voule went on to show why Mopo was bad, in the sense that it had onerous provisions for people who plan demonstrations and gave too much power to the police, all which are contrary to international charters on freedom of assembly.

My hunch, without evidence, is that Zimbabwe invited Voule hoping that this was nothing more than a box ticking public relations exercise.

I have no idea how they thought they would whitewash allegations of gross human rights abuse that occurred in January when there were protests in Harare and Bulawayo.

There were claims of murder, rape and torture, which have not been addressed to date, while there have also been allegations that more than 50 people were abducted from January to date.

Probably, the thinking was that Voule would, at worst, rap Zimbabwe on the knuckles, but in general, he would provide a positive report.

That did not happen and Mnangagwa is left picking up the pieces and probably regretting extending that invite.

It is as if these people do not learn; in 2005, after similar accusations of human rights violations, the government invited a UN special rapporteur, Anna Tibaijuka.

She also produced a damning report that left Zimbabwe firmly ensconced in the realms of pariah status and they should have thought of this before inviting Voule.

The government should have first reached out to alleged victims of State brutality and implemented some of the recommendations of the Motlanthe Commission.

In a nutshell, they should have put their house in order before inviting outsiders, but they did not, and Zimbabwe is now on its merry way to being regarded as a tin pot dictatorship, with Mnangagwa’s reformist credentials all in tatters.

The lesson to be learnt from these two episodes is that there is no substitute for real reform.

The world is more open and integrated now and one cannot be accused of clamping down on human rights while at the same time shouting “Zimbabwe is open for business” and think that your bluff will not be called.

As I have previously lamented, paying four western firms to manage Zimbabwe’s public relations is a fool’s errand, when that money can be used for more meaningful activities.

The work that the public relations firms are doing can never drown the cries of millions of Zimbabweans, who are bearing the brunt of an administration that does not seem to have a clue on how to bring Zimbabwe back from the brink of the abyss.

Mnangagwa had a golden opportunity to restore Zimbabwe to its yesteryear glory, but he has wasted it by majoring on things that are quite peripheral and have no significance to the people of this country.

As legal scholar, Alex Magaisa calls it, the goodwill Mnangagwa had has been squandered on ornamental issues — that are nice to look at and admire, but in reality, have little value.

Just a bit of advice to Mnangagwa, if he is to take the country forward, he should dump the Political Actors Dialogue (Polad) that is packed with relevance-seeking political no hopers and engage in dialogue with MDC leader, Nelson Chamisa.

No matter how unpalatable it is, he needs to bend over backwards to make this happen.

While at it, he should also veto the Mopo Bill that is on his desk and ask Parliament to come up with a more modern democratic law.

The Zimbabwe Media Commission Bill and the Freedom of Information Bill must be killed before they get anywhere near his desk and again more progressive laws should replace Aippa.

In addition, he should just implement the Constitution as it is, instead of blaming sanctions for everything that is going wrong in Zimbabwe.

The reality is that sanctions are not going anywhere anytime soon, so Mnangagwa should concentrate on something that is within his power, rather than something he has no control over.

The Sadc day against sanctions is a hopeless endeavour. It will not yield anything and Mnangagwa’s best chance of fixing Zimbabwe is to implement the Constitution.

Mnangagwa should also bring to an end his penchant for luxury travel and cut his trips because so far there is really nothing tangible to show for them.

He can take a cue from his South African counterpart, Cyril Ramaphosa, who cancelled a trip to the UN because he wanted to solve a problem back home.

There is no substitute for real reform and the sooner this government realises that, the better for Zimbabwe.