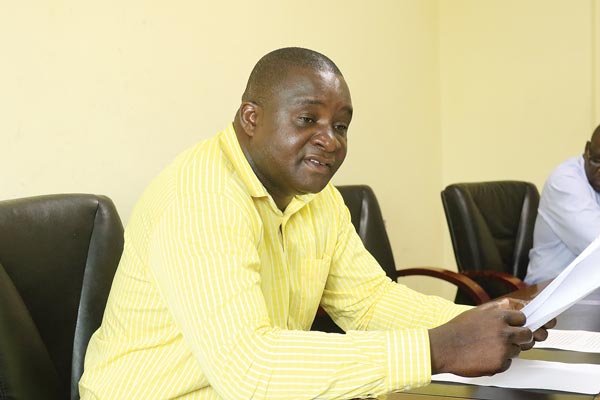 Participants to the meeting said people were told to prepare for primary elections ahead of a by-election to replace Zivhu who they said was as good as fired, despite the national disciplinary committee still to sit to hear both sides.

“They claimed that Zivhu’s fate was sealed during a meeting they held at President Emmerson Mnangagwa’s farm in Kwekwe where it was agreed that all MPs suspected to have been associated with the G40 faction will be fired,” a Zanu PF district official, who attended the meeting, said.

Another villager said they were threatened with severe consequences if they continued working with Zivhu, who has initiated several development projects in Chivi, among them the construction of schools and clinics.

Zivhu was recently suspended by the Masvingo provincial executive for calling for dialogue between Mnangagwa and opposition MDC leader Nelson Chamisa as part of efforts to end the economic crisis in the country.

Contacted for comment, Masosota confirmed organising the meeting, but denied that it was meant to threaten people against associating themselves with Zivhu.

Masosota said the meeting was simply to tell the leadership about their position on Zivhu’s issue.

“The idea was for them not to rely on hearsay or the media. As a province, we had already resolved to expel him from the party. There was nothing like intimidation. We invited only our chairpersons and few councillors and not headmen and chiefs,” he said.

Zivhu’s lawyer, Advocate Paul Machiridza said it was unfortunate and regrettable that some “comrades of the party” still behaved and acted as if the country was still in the old dispensation.

“They should wake up and smell the coffee. It’s now the new dispensation, whose underpinning ethos are legality, constitutionalism, progress and development. They have jumped the gun!,” Machiridza said.

“The matter is before the party’s national disciplinary committee and awaits hearing at the appropriate time. How someone under a tree somewhere in Chivi can choose to undermine and ride rough-shod over the party constitution, its organs and processes is an act of cowardice and pure ignorance.