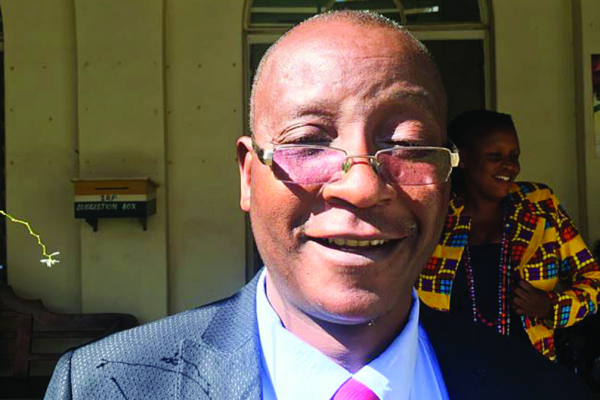 WHEN the Zimbabwean Senate in March this year hastily ratified the African Charter on Elections and Governance (ACDEG) without debate on its principles, parliamentarians missed a good opportunity to discuss its principles and how the country can use it to promote human rights.

WHEN the Zimbabwean Senate in March this year hastily ratified the African Charter on Elections and Governance (ACDEG) without debate on its principles, parliamentarians missed a good opportunity to discuss its principles and how the country can use it to promote human rights.

Most Senators had not even studied the charter, which was put in their pigeon holes, before Justice minister Ziyambi Ziyambi brought it for ratification by Senate after the National Assembly had done so.

Debate by opposition MPs had centred on elections, alignment of laws and human rights at a time at least 18 civilians were shot dead by soldiers during the January protests against steep fuel hikes, while another six were shot dead on August 1 last year in post-election violence.

ACDEG principles, which should be observed by member States, among them Zimbabwe – and which MPs should have debated extensively, putting forward suggestions on the betterment of people’s lives – include respect for human rights and democratic principles.

Constitutional expert James Tsabora summed up some of ACDEG principles as: “Adherence to constitutionalism and rule of law, holding of free, fair and regular elections, respect of separation of powers among the Executive, Judiciary and the Legislature, gender equality, participation of citizens in development and governance issues, accountability and transparency in resource allocation and management, rejection of corruption, strengthening political pluralism and recognising legally constituted political parties, including the opposition.”

MPs and Senators, therefore, had an opportunity to scrutinise the Zimbabwean situation against those principles as the country is bedevilled by corruption, including lack of transparency in natural resources governance, cartels, illicit financial flows, human rights abuses, electoral law reforms, issues to with achievement if social rights as envisaged in the UN Sustainable Development Goals (SDGs) and alignment of laws with the Constitution.

Tsabora, in an interview with NewsDay, said President Emmerson Mnangagwa’s government should be credited for moving with speed in terms of alignment of laws. Several laws, including those related to the media, are being brought before Parliament for alignment with the Constitution.

For instance, the oppressive Public Order and Security Act (POSA) is being repealed and replaced with the Maintenance of Peace and Order Act (MOPA), which is currently a Bill. But many Zimbabweans have rejected the proposed law, saying it is even worse than POSA.

MPs observed section 141 of the Constitution by extensively holding public hearings on the Bill, but what now remains pivotal is that when Bills like MOPA come before Parliament for crafting, legislators must scrutinise them, looking at whether they adhere to principles envisaged in ACDEG, which Zimbabwe ratified.

“The media has a role to play in making African governments accountable for implementation of ACDEG,” she said.

While Zimbabwean senators missed an opportunity to extensively debate ACDEG during its ratification stage, an opportunity still exists for any of them to introduce a motion to discuss its implementation in line with the socio-economic, political and human rights issues in the country.

Berhane said out of the countries that ratified ACDEG, only one, Togo, has submitted its implementation report in line with article 49 of ACDEG, which stipulates that State parties should submit biennial reports to the AU Commission on legislative or other relevant measures taken to give effect to the principles and commitments of the charter.

“The AU has put the issue of democracy at centre stage and it has done its first monitoring report, but very soon the AU will be naming and shaming African countries that are not adhering to human rights and democracy,” Makong said.

Ghanaian academic, Kwame Karikai, said there was need for the strengthening of AU communication departments to effectively disseminate information on ACDEG and its principles by the media, civic society and legislators.

It seems most African nationals still know nothing about ACDEG.