How corruption, poor planning left Zim in the dark 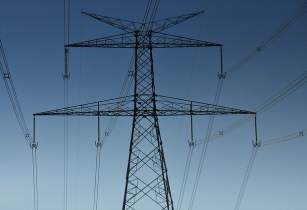 This is true, but it is only part of the story. The bigger story is how years of underinvestment and corruption have dragged Zimbabwe into darkness.

First, here is the immediate story about power cuts.

Kariba’s hydro power plant produces 65% of Zimbabwe’s energy, according to the Zimbabwe Power Company, the generation subsidiary of Zesa. After the worst drought in years, water levels at Kariba have fallen to just over 30%.

This time last year, the dam was close to 70% full.

In February, Kariba, whose capacity is 1 050MW, cut power generation by 500MW, and then reduced output by 600MW in March.

According to a ZPC memo, without rationing, Kariba will have to shut down completely: “We are, therefore, encouraged to continue adhering to the stipulated generation levels as recommended by the Zambezi River Authority so as to avoid penalties due to over consumption of water, and a potential inadvertent shutdown of the Kariba complex.”

The bigger story, however, begins to unfold when one looks into why Zimbabwe’s other power facilities cannot step in.

Corruption, State bureaucracy and a failure to plan for the future have left Zimbabwe with old power plants and aged transmission systems, some of which are four decades past their expiry date. Here, we examine the state of Zimbabwe’s key power installations, and how graft and incompetence have stood in the way of efforts to revive them.

After Kariba Dam was built in 1955, the first generator was commissioned at the site in 1959. By 1962, all six generators had been installed, with a capacity of 666MW. Capacity was later upgraded to 125MW per unit.

In 2013, Zimbabwe signed a US$533 million 20-year deal with China’s EximBank to expand the Kariba power plant. China’s Sinohydro got the contract to add two units at Kariba, with a total of 300MW, to increase capacity to 1 050MW. The project was slowed down by concerns in China over Zimbabwe’s poor record of paying debts, but was completed by March 2018.

The commissioning of the two new units ended power cuts and allowed Zimbabwe to reduce power imports. However, as is now evident, Kariba is vulnerable to poor rainfall, a growing reality due to climate change.

Commissioned between 1983 and 1986, Hwange is the country’s largest coal-fired power station with 920MW installed capacity. However, the plant now produces less than half its capacity.

It is fed with coal from the adjacent Wankie Colliery, via a six-kilometre conveyor belt from the opencast mine, and also from the Makomo and Coalbrick mines. However, coal supply has been erratic and the old plant often breaks down. Water for the plant is pumped from the Zambezi, 44km away, and Zimbabwe is talking to India for US$43million to upgrade the Deka pipeline.

A plan to expand Hwange was stalled for years, again over debts. However, after a trip by President Emmerson Mnangagwa to China early in 2018, China agreed to proceed with the US$1,5 billion deal. Sinohydro, funded by China’s Eximbank, has begun work to add two 300MW units, which will increase Hwange’s capacity to 1 520MW. The project is expected to be completed in 2022, but may yet be delayed as payment issues caused by the currency crisis have yet again emerged.

Munyati: A tale of corruption

Five kilometres off the Harare-Bulawayo road, some 30km near Kwekwe, the Munyati Power Station built from 1946.

The thermal station initially had a capacity of 120MW, but now has capacity of under 20MW. The station is lying idle. Desperate to revive the plant, government sought new partners to add 60MW. A 2015 tender was awarded to

Jaguar Overseas, an Indian firm. The job was never done.

After four years of waiting, in March this year, ZPC acting MD Robson Chikuri wrote to the Procurement Regulatory Authority of Zimbabwe to cancel the Jaguar deal: “A due diligence by ZPC on Jaguar Overseas Limited noted that whereas Jaguar Overseas Limited indicated that they had secured 100% funding for the project, only 15% of the funding could be confirmed by their funders.”

Why did ZPC sign up a company that couldn’t do the job?

Samuel Undenge, then Energy Minister, had remarkably insisted that tender winners are “not compelled to demonstrate a track record in execution of energy projects”. Zesa was only required to partner “credible, reliable competent technical partners”.

Who were these “credible” partners? Jaguar’s local partner was Intratrek, a company represented here by Wicknell Chivayo, who has more shoes and gloating Instagram selfies than completed projects. Intratrek itself was not an energy company. It was a middleman for other contractors, themselves troubled. Green Solar Europa, which Intratrek listed as one of its key partners during the tender, was, in fact, insolvent at the time the tender was awarded.

The crumbling power station, which lies in the once vibrant Workington industrial area, is 77-years old. It was built during the battle of Stalingrad during World War 2. Its intermittent production of power renders it as good as dead.

The first station, with capacity of 21MW, was decommissioned in 1970. In 2014, the government decided to revive stage 2 of plant. The third station is producing a third of its capacity due to boiler plant breakdowns. For work on refurbishing the second station, ZPC chose Jaguar Overseas, yet again, on a US$73 million contract. The project is yet to take off.

During a tour of the facility by Parliament’s Energy and Power Development Parliamentary Portfolio Committee in February this year, committee chairperson Joel Gabuza quizzed ZPC officials: “Don’t you have better players?”

Bulawayo: A fight for power

It was due to the smoke rising from the Bulawayo power station’s towers and from other then thriving industries that the city came to be known as “KoNthuthu Ziyathunqa”, the place of the rising smoke.

The Bulawayo plant was commissioned from 1947, and for years was an iconic marker of the city. It has capacity of 90MW, but at best now only sends out 18MW.

The plant was recently subject of a war between the Bulawayo City Council, once the owners of the plant before legal changes, and ZPC, which has been given a generating licence by the Zimbabwe Energy Regulatory Authority (ZERA) to allow a US$110 million project, funded by India’s Eximbank, to revive output.

Since the early 2000s, there have been plans to set up a 30MW hydro power plant on the Gairezi River in Manicaland. The US$128 million project was initially awarded to an Indian company called Angelique International. Their local partner? Intratrek.

While ZESA has since said they have dropped Intratrek to deal directly with Angelique, it is small comfort. Deepak Vohra, a businessman and former diplomat, had his home raided by India’s anti-money laundering agency in 2016. Authorities were investigating Vohra for his possible role in the payment of kickbacks “to politicians in some African countries for obtaining contracts” on behalf of Angelique International.

Four years after the contract was awarded, no work has been done.

In 2016, the government issued a tender for a 100MW diesel plant to supply power. The tender winner, APR Energy, was quickly shoved out of the way. The contract went to Sakunda, which was partnered in the deal by Derrick

With no experience in power generation, Sakunda sub-contracted Aggreko, which itself had been a losing bidder. Sakunda had not even been a bidder. In no time, the cost of the project doubled to US$500 million. Diesel was imported duty-free for the plant, but it was alleged that not all the fuel went to Dema. — newZWire

With so many “opportunities”, it was no surprise that government officials ignored experts who said it would have been cheaper to use the Dema money to repair existing plants. The noisy, smoke-belching plant is not running.

Generating power is the major problem for Zimbabwe, but so is transmitting it. The power utility loses 17% of its power due to aged transmission and distribution infrastructure.

While in China last April, Mnangagwa held meetings with TBEA, the world leader in the manufacture of transformers and one of the biggest builders of transmission networks. TBEA, with Eximbank of China funding, are now building, for US$30 million, a 180km 88kV single line from Insukamini to Lupane.

However, much of the network remains in decay. The network distribution system is well past its expiry date; it was meant to last 20-25 years, but it is now nearly 45 years old. “It must be replaced, but we have no money to replace it,” Zesa spokesman Fullard Gwasira says.

It is not something Zimbabwean consumers, hit by eroded wages and high prices, want to hear; despite paying too little for power.

Tariffs are currently priced at RTGS 9,86 cents per kilowatt/hour, while it costs US 11 cents for Zesa to produce power. This means the utility is left with nothing to use for expansion and repairs.

Effectively, at the black market rate, Zimbabweans are paying under 2 US cents per kWh, or around 3 US cents at the interbank rate. By comparison, the cost is US14 cents per kWh in South Africa, US 11 cents in Mozambique, and 7 cents in Zambia, while Tanzanians pay 17 US cents per kWh and Namibians 15 US cents.

ZESA has recently applied for a 30% tariff hike, and wants to be allowed to raise tariffs every year in line with inflation and, now, exchange rate movements. The last tariff hike was in 2011.

The low tariff is one of the major issues keeping energy investors away. Over the past five years, ZERA has licenced 51 independent power producers, but the projects have remained grounded as the low tariffs make no business sense for them. Investors also demand a bankable power purchase agreement, a long term offtake agreement with a creditworthy buyer of the electricity. Zesa is not seen as creditworthy enough to allow debt repayment and a predictable, sustainable revenue stream.

Low tariffs, it is said by mining industry players, are one of the reasons Aliko Dangote walked away from a plan to partner in the Sengwa power project. Dangote had held preliminary talks for the project via the Black Rhino Group, then the infrastructure investment unit of major US private equity firm Blackstone.

One of the major reasons the power utility is in trouble is its failure to collect debts. The company, as at last year, was owed $1,5 billion by defaulters.

The list of defaulters was headed by councils, which owed $400 million, with Harare City Council alone owing over $150 million. Domestic users owed $300 million, while farms owed $120 million and industries owing $105 million. The government itself is a big defaulter, having owed Zesa some $100 million.

Projects such as the RioZim’s Sengwa and other smaller solar plants are encouraging. However, Zimbabwe has just not invested adequately into energy, especially on closing its base-load deficit, and the country is still not preparing enough for the future.

Firstly, with climate change, reliance on hydro for base-load has been exposed as unwise. Secondly, as the world moves away from coal, Zimbabwe will find it increasingly hard to secure funding for thermal. The World Bank in 2013 stopped funding coal plants, while HSBC, Europe’s biggest bank, has recently announced it would “stop financing new coal-fired power in all countries around the world”. Top banks such as BNP Paribas and ING have also stopped lending to coal investors.

It is 2019, but Zimbabwe still does not have a renewable energy policy, meaning there’s no structured plan for investment into that area. The potential for solar is big, but still held back by bureaucracy and graft.

Where energy contracts have been given, they have at times, been handed to entities with no credibility.

As long as Zimbabwe does not prepare and invest better in energy, the country must prepare for many more years in the dark. — newZWire

By Newsday 16h ago
How Do You Use Your Social Media For Growing Traffic & Sales?