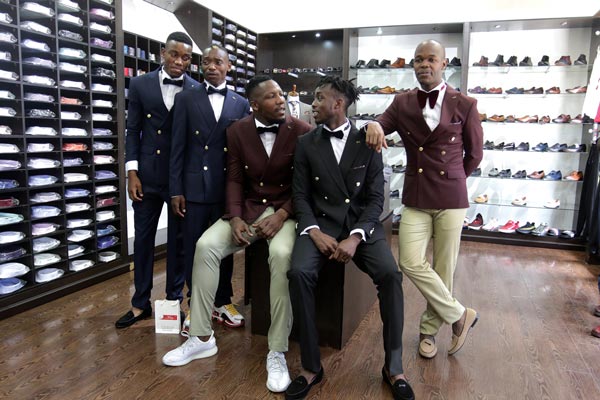 Wild celebrations engulfed the giant stadium, with merriments going on late into the night as the Warriors sealed their place at the continental showcase for the second time on the trot following their participation at the Gabon finals in 2017.

When the referee sounded the whistle to end the match, with Zimbabwe firmly in the driving seat with a 2-0 advantage, a cacophony greeted his signal as fans celebrated yet another success by the most supported sports team in the country.

Warriors coach Sunday Chidzambga, who has led the team to the finals for the second time now, was ecstatic with the latest success.

He paid tribute to the fans who thronged the National Sports Stadium for powering the team to reach its desired goal.

The former Warriors captain dedicated the win to the victims of Cyclone Idai, which ravaged parts of the country.

“I am happy we qualified. I want to thank the supporters. We dedicate this victory to the victims of the cyclone,” Chidzambga said.

A capacity crowd turned up to watch the match befitting the magnitude of the occasion witnessed by at least three government ministers, including Sports minister Kirsty Coventry.

There was a carnival atmosphere as Zimbabwe settled nerves in the first half, with goals from Khama Billiat and captain Knowledge Musona, to set the Warriors on their way.

The second half was not as pretty as the first, but it seemed nobody in the stadium cared as Zimbabwe completed the job in professional fashion.

After the match, some fans invaded the pitch as to embrace their heroes and for a while, there was chaos on the park, one could barely pick out the players.

Musician Jah Prayzah belted some of his hit songs and the players danced and sang along in pure joy after their achievement.

There was chaos on the roads leading into Harare city, with jubilant fans honking while waving national flags frantically.

Hours after the match, there was still hooting, particularly in the central business district, with fans pouring out their joy.

Liquor stores recorded good business across the country as fans gathered to watch the much-hyped match, which was broadcast live on television.

The gloom of the effects of Cyclone Idai, which has claimed hundreds of lives while displacing thousands, was for a moment lifted as the nation glued together to celebrate the Warriors’ success.

By Kevin Mapasure 3h ago
Gary leaves Test in the Ballance