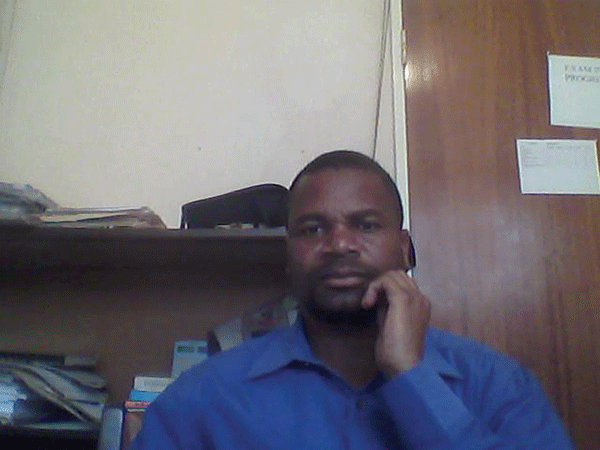 The powerful role human values play in moulding and transforming individuals’ desire to participate in climate action programmes can never be underestimated.

The powerful role human values play in moulding and transforming individuals’ desire to participate in climate action programmes can never be underestimated.

Values, otherwise defined by researchers as guiding principles in the lives of people, are seen as instrumental, transforming and guiding, but relatively stable and consistent.

Above all, the intrinsic nature of values is governed and grounded in ethical considerations.

Inherent and cross-cutting values are driven by communicating frameworks designed to communicate the risks of climate change across the wide cross-section of the community in order to regulate anxiety and pessimism.

Community engagement strategies are a dicey and complex phenomena, which are not as simple as they may appear, hence they need not be taken for granted.

These values are deeply rooted and entrenched in societal cultural values and world views.

Tampering with these values, looking down upon them or simply wishing them away, may be disastrous.

These values, otherwise known as universal community oughts, are a trademark and a hidden brand in themselves, as they determine the success or failure of any community initiative, climate change policies included.

Many high-level and well-resourced international organisations and non-governmental organisations (NGOs) have well documented scripts of failing after they came up with an “I know what you want” mentality, and were eventually brought down to earth by the powerful nature values.

These historically and deeply rooted human cultural values have a strong attachment and links to the environment, hence, mother nature. Nature is a woman, the goddess of forests or nature is a womb.

Climate change impacts and risks are community-specific and context-based, dynamic and institutional.

Therefore, the strong need of recognising and consulting with the people on the ground, otherwise known as grassroots, should be highly respected and their concerns chaperoned.

With the concept of climate change still weighed down by the baggage of ideological constructs and inclinations, the discourse of climate change mitigations and adaptations have just but become a pawn, a dividing rather than a unifying or a thought-provoking matter.

All thought initiatives and critical thinking, with regard to climate change mitigation and adaptations, act as the sustainable basis for influencing policy frameworks.

As such, in order to highlight and signify the cross-cutting issues aimed at transforming communication strategies across the length and breadth of heterogeneous communities, cultural values should be taken into consideration, not as a matter of paying lip service, but in good faith, first and foremost.

Values are fundamental building blocks and verbal bridges for sustainable climate policy formulations, in the sense that they influence and transform community beliefs, thinking and world views, as guiding frameworks for situating the discourse of climate change in its proper and procedural contexts.

How the people interact and engage with the environment is not only dependent upon their schemata, but also highly depends on how authorities perceive and engage them.

It is a highly-reciprocal situation based on environmental stewardship and covenant.

Although the development communities and NGOs may come up with their own sound ideas and how much they yearn to institute behavioural changes in respective communities, one thing for sure is that they cannot change the peoples’ world views and standpoints.

In other words, they can take the people out of their communities, and pamper them with exotic frameworks and methodologies, but they won’t be able to remove the communitism and values from these people’s minds.

Therefore, the best modus operandi in this community of practice becomes integration, engagement and consultations, then later on they can be smart.

In this regard, for whatever policy frameworks to take shape and succeed, community engagements, holistic recognition and valuing are paramount.

Because human beings are value-oriented, it is also significant to make them understand and believe that, indeed, yes, it is climate change that is changing the way they used to live, the way things used to be and the way things should be.

That is before coming with innovations and other related prescriptions bordering on mitigations and adaptations.

One major undoing in community development is that relevant authorities always want to lecture continuously rather than engaging.

But, above all and everything else, are these authorities’ good instructors in the first place?

For the communities to be able to support any climate interventions, the first thing to do is to align the initiatives with the people’s value systems so that they will be in a position to believe.

After believing, then the climate change policies can be guaranteed success because the policies would be resonating well with the people’s living experiences, values and aspirations.

But if the people cannot see the link or the relationship with manner of survival, then they would rather stick to their values instead, and as a result, climate change policies would suffer some still birth.

In this community of practice, issues of community-based needs analysis and wants should be prioritised, first and foremost, so that climate change is not seen as ambiguous, technical and elitist.

In this regard, behaviour change and modification is guaranteed in the communities. People should not be divorced from their systems of knowing, which is the indigenous knowledge system frameworks and world views.

The media should also communicate the communities’ aspirations without backgrounding them in order to influence holistic policies.

Also community values should be embedded in messages the media communicate about climate change, as an effective way to influence climate change policies.

By Charles Dhewa 14h ago
A ready market is more important than food handouts, free inputs