Tell the truth and forgive, but never forget! 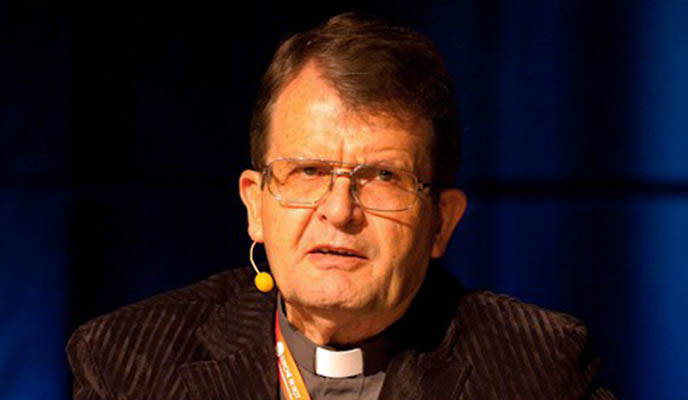 IN 1980, after Independence Day on April 18, many ex-combatants went home to their families, their wives and children.

IN 1980, after Independence Day on April 18, many ex-combatants went home to their families, their wives and children. This was not always a happy reunion. Some ex-fighters realised that while parents, brothers and sisters were much relieved that their son, daughter or brother was still alive, it took some time to once more get to know each other. Some survivors were still mourning the war victims, spouses, children or husbands and wives, who had been killed in fighting or executed as so-called “sell-outs” (traitors). To come to terms with these losses was painful.

Brother Canisius Chishiri, a zealous church worker of the Society of Jesus, was a “man of God”, with compassion and deep empathy. He was also a “man of the people” who knew the wounds in the hearts of many. He proved to be a healer. He was wounded himself by the suffering, especially of rural women who had lived through the war, witnessing almost on a daily basis how their husbands or sons were put to death. Many had been forced to be present when their husbands were executed as “sell-outs”.

Brother Canisius saw how deep their trauma was; the deep scars left by cruelty and atrocities all through the war. He listened to their stories and gave them a chance to talk freely to fellow sufferers and to helpers who invited them to open their hearts. Though our dear brother is late, his work is still ongoing.

Alexander Kanengoni, the late renowned novelist and writer about the war, tells the story of the ex-fighter whose nightmares from the fighting and blood-letting drove his wife to despair.

Here a few lines of his remembered horrors, “The commander could hear the vicious cracks as someone hit Munashe [the chosen executioner] again and again and his shredded voice as he asked to be forgiven for being a coward, telling them he had never done such a thing before and … the condemned woman watching everything through her swollen eyes, gently rocking the baby on her back and waiting patiently for her fate.

… The woman fell down with the first vicious blow and the sound of Munashe’s jarred and violent cry mingled with that of the dying baby as the hoe fell again and again and again until Munashe was splattered all over with dark brown blood, … shouting that he wishes that someone had killed him because he could not live with such a memory … All he could hear were the last cries of the baby as it died … He could not understand why it took so long the baby to die … Nightmare and war became interchangeable.” (pp. 21).

Sally, former President Robert Mugabe met deeply traumatised women fighters at Silveira House, which tried to heal them and make them assume once more their customary roles as women and mothers of families, some of whom had children who were the result of rape and abuse.

There were “Chimurenga” widows and much later also “Gukurahundi” widows. The civil war in Matabeleland has never been given a true moral assessment, though some fictional writings that give a deep insight into this human catastrophe exist.

It was a “momentary madness”, the country was told. What consolation was that for the victims and their families? This civil war and violent conflict is still an open wound and yet to be healed.

South Africa experienced countless cases of such “madness”. What to do with the perpetrators of inhuman atrocities?

Here an example of something that might also have happened in the Zimbabwean wars and probably did according to the fictional, but most realistic writings of Kanengoni, a war hero and witness to unspeakable war crimes.

Here the record of the killing of an old man accused of political crimes. When he was interrogated, he gave an answer which infuriated “Lieutenant Gideon Niewoudt so much that he just grabbed an iron pipe and beat the poor old man several times on his head and as he did so, all the people joined in … The only thing he could do to help himself was just to scream out loud. I was then ordered by Lt Niewoudt to stifle his screams, to put my hands in his mouth and hold it hard so that his screams mustn’t attract the neighbouring farmers. Myself and Piet Mogoai, we struggled to stifle the old man’s screams while all the others that I’ve named waded into the old man with kicks, punches, fists, kicks. … I saw the old man’s eyes turning into white pupils. They were turning, it was as if he was fainting or just about to die. The beatings went on and on until I saw the old man lying prostrate on the ground, with blood all over his head and face …” [from : Desmond Mpilo Tutu, No Future Without Forgiveness, Doubleday 1999, pp. 132].

This is just a random example. Similar reports could be cited in Zimbabwe and many other countries [Still during the war such reports were circulated by human rights groups and sent overseas].

What is a country is in transition from a brutal dictatorship via a bloody armed conflict to a democracy in freedom and independence supposed to do? “There was a genuine striving for a negotiated settlement to help the delicate transition from repression to democracy.” (Tutu, Forgiveness, pp. 277).

Can the perpetrators of sadistic cruelties be brought to courts of justice? Would that not block the process of establishing justice for years, even decades? Or is general amnesty our only way out? But do the victims not have a right to tell their story and be confronted with the perpetrators, the sadistic killers of their loved ones, and learn the truth from them?

Amnesty seems an easy way out, though unable to satisfy the demand for justice and fairness. We need to face the full horror of what has happened and cannot, must not be forgotten.

“We have been shocked and filled with revulsion to hear of the depths to which we are able to sink in our inhumanity to one another: our capacity for sadistic enjoyment of the suffering we have inflicted on one another; the refinement of cruelty in keeping families guessing about the fate and whereabouts of their loved ones, sending them carelessly on a runaround from police station to police station, to hospital and mortuary in a horrendous wild goose chase …

“… But there is another side. We have been deeply touched and moved by the resilience of the human spirit …

“It is quite incredible the capacity people have shown to be magnanimous — refusing to be consumed by bitterness and hatred, willing to meet with those who have violated their persons and their rights, willing to meet in a spirit of forgiveness and reconciliation, eager only to know the truth, to know the perpetrator so that they could forgive them.

“We have been moved to tears. We have laughed. We have been silent and we have stared the beast of our dark past in the eye. We have survived the ordeal and we are realising that we can transcend the conflicts of the past, we can hold hands as we realise our common humanity … The generosity of spirit will be full to overflowing when it meets a like generosity.

“Forgiveness will follow confession and healing will happen, and so contribute to national unity and reconciliation.” [Tutu, Forgiveness, pp. 120].

Forgiveness is only possible on the basis of truth. A South African police officer who masterminded the butchering of a number of families in an attack on a rural village stood and faced his victims. “I can never undo what I have done,” he said, “I have no right to ask your forgiveness, but I ask that you will allow me to spend my life helping you to rebuild your village and put your lives together.”

It is in moments like these that anger at the unrepentant is superseded by a glimpse of something more: out of the horrors of the past the TRC (Truth and Reconciliation Commission) makes space for grace, and the potential for newness in South Africa shines through.” (W Wink, When the Powers Fall, pp. 49).

Without forgiveness there really is no future

“In the act of forgiveness, we are declaring our faith in the future of a relationship and in the capacity of the wrongdoer to make a new beginning on a course that will be different from the ones that caused us the wrong. We are saying here is a chance to make a new beginning. It is an act of faith that the wrongdoer can change … “If we are going to move on and build a new world community there must be a way in which we can deal with a sordid past.”(pp 273-278) As believers in a forgiving God, we hope “that there is life after conflict and repression — that because of forgiveness there is a future”. (pp, 282).

Fr Oskar Wermter is a social commentator. He writes in his personal capacity 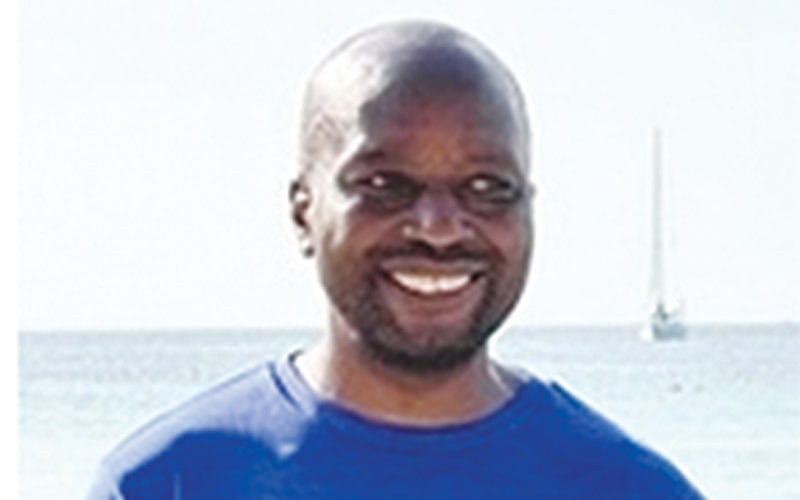 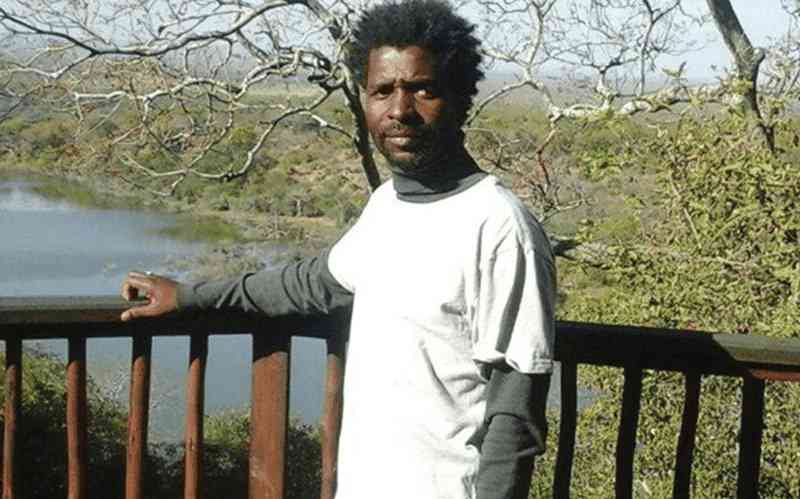