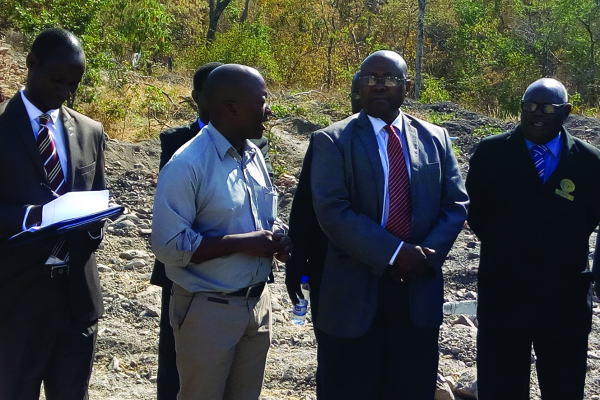 HWANGE Local Board (HLB) has embarked on four major “Quick win” projects which are at various stages of implementation as it seeks to improve service delivery.

HWANGE Local Board (HLB) has embarked on four major “Quick win” projects which are at various stages of implementation as it seeks to improve service delivery.

Speaking in an interview on the sidelines of the commissioning of one of the projects recently, HLB resident engineer Philip Mnguni said council was seized with completing construction of clinics, rehabilitation of sewer and water reticulation, among others.

“We have four major projects that we are undertaking as Hwange Local Board and these are at different stages of completion. We have the construction of the clinic which was just commissioned, sewer reticulation whic is at 58%, rehabilitation of Empumalanga West as well as construction of the civic centre,” Mnguni said.

He said the rehabilitation of the sewer plant which had not been functional for the past 10 years was crucial in solving recurrent sewer bursts. On the servicing of Empumalanga West housing stands, Mnguni said council had since partnered with Infrastructure Development Bank of Zimbabwe (IDBZ) to service 2 600 high-density stands at a cost of $600 000. Under the project, which will encompass road, sewer and water reticulation. Beneficiaries who fall under the low income scheme will pay $50 monthly for five years.

“We have partnered with IDBZ for the servicing of stands under the low-cost scheme targeting 2 600 beneficiaries.

Right now the bank is negotiating with the contractor and we expect the project to commence soon.”

The council is also in the process of adjudicating scrutinising bids for the construction of a civic centre which will be located close to the Bulawayo-Victoria Falls Highway. The centre will house council offices, shopping malls and commercial space. The civic centre project has been projected to cost between $20 million and $30 million.

The local authority has for years been fighting for the amalgamation of other entities which in turn would transform it into a municipal status. Currently, the town is run by four administrative entities which include NRZ, Hwange Colliery Company, ZPC and HLB. The situation was viewed as a hindrance to the development of Hwange as disputes would erupt as parties fight over boundaries.