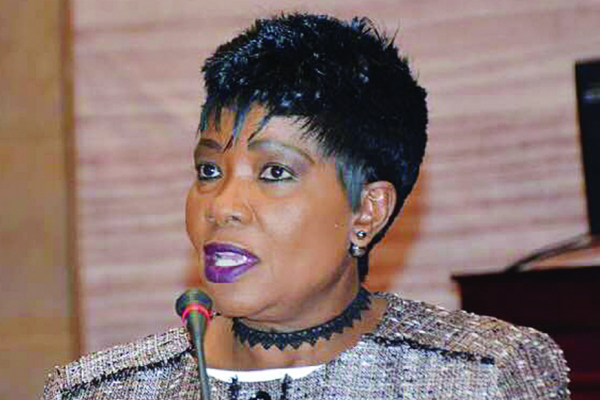 ZANU PF leader President Emmerson Mnangagwa has warned his wife, First Lady Auxillia, against interfering with his official duties, saying she should not be like her predecessor Grace Mugabe, who had usurped Executive powers from her “frail and ageing” husband, Robert.

ZANU PF leader President Emmerson Mnangagwa has warned his wife, First Lady Auxillia, against interfering with his official duties, saying she should not be like her predecessor Grace Mugabe, who had usurped Executive powers from her “frail and ageing” husband, Robert.

“Amai Chiwenga, I know you are the one behind who tasked me to talk. Just a few months ago, we had interfaces (rallies), where both the (former) First Lady and the President were talking. We don’t want that to be repeated. Let it be a platform which is mine and my vice-presidents only and not for the ladies. It’s wrong,” he said, amid wild cheers from the delegates.

On numerous occasions, Grace was accused of conflating the institution of marriage with that of the presidency.

Known for her unrestricted and stinging attacks, especially at public forums, Grace accused many Zanu PF leaders from politburo members, war veterans, the military bosses, her own colleagues in the women’s league and Mugabe’s close allies of plotting against her 94-year-old husband.

Mugabe was removed from power in November last year at the height of the interface rallies, where he and his wife took turns to attack their political enemies in Zanu PF, including Mnangagwa.

Besides addressing her own set of rallies, Grace usually became the centre of attraction at Zanu PF gatherings, even those addressed by her husband.

For that, she earned herself the moniker, Dr Stop It!

During his address, Mnangagwa left guests in stitches when he claimed that he was an accomplished border jumper, following his recent sacking from government while he was Mugabe’s deputy and then ran into self-exile through an illegal crossing point.

“When Vice-President Chiwenga was introducing me, he left something very important. In 1962, in December, I border-jumped in Tanganyika (now Tanzania); in 1964, I border-jumped from Zambia into Rhodesia (now Zimbabwe), and in 2017, I border-jumped to Mozambique. I am an accomplished border jumper,” he said.

About $180 000 was raised at the event, with proceeds set to be channelled towards cancer awareness projects.

Mnangagwa also hailed the charity work for bringing up issues that might not be exposed on the political arena.

“Serving people, putting yourselves to the service of people is saving God. Many of us delight in serving ourselves. Many of us delight that our own families are comfortable, but the few among us, as narrated here by Amai Chiwenga and the First Lady (Auxillia), they are putting their time to service our nation and this is a service to God, and we must applaud the work that they do,” he said.

“The difficulties our people face in rural areas, some in urban areas, some of these things are not exposed to us in political arena, but they are there. People are suffering in the country side, in communities and foundations of this nature are able to reach them, for purposes of assisting, mobilising assistance and resources to assist those who are suffering.”

Mnangagwa said in the political arena, they assemble people to persuade them to vote, as they hardly have the opportunity of assembling people in order to address their health.

“Indeed, we have institutions which deal with primary health and so on, but these foundations are specifically directed to assist those in our societies who are unable to help themselves, they have no access to healthy,” he said.

“I would like, therefore, to appeal to captains of industry and commerce here and our citizens to find ourselves on the side of helping and on the side of assisting those who are not as advantaged as ourselves in our various calling and endeavours in our society.”