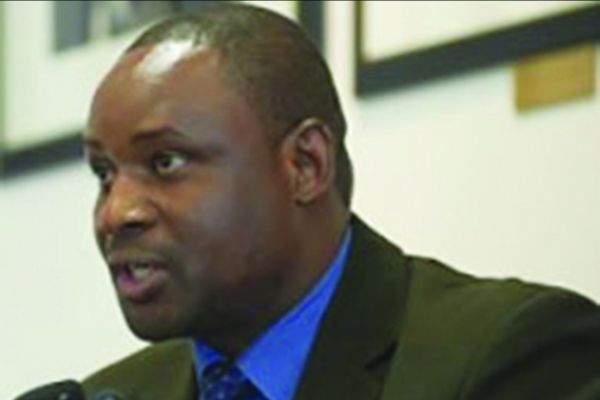 The season for euphoria and empty promises seems to be upon us. It is that time when politicians say anything that pleases the crowds once they get access to the microphone.

The season for euphoria and empty promises seems to be upon us. It is that time when politicians say anything that pleases the crowds once they get access to the microphone.

It resembles the “unopenga” era of Dr Stop It when she would say anything, including obscenities in front of school children. It is like when Zanu PF promised 2,2 million jobs in 2013 but, instead, thousands of people found themselves on the streets without a job.

Not to be outdone in 2018, some of our friends are now promising intercity bullet trains and rural air services to airlift harvest from fields in rural communities to markets.

While there is nothing wrong with having a dream or a vision, what do these promises say about our priorities? If you tell a starving family in Chibwedziva, Binga, Tsholotsho or Bocha that the new government will launch a rocket to the moon within six months of coming into office, do you expect them to make any sense out of it, get excited and vote for you on the basis of that promise?

Zimbabweans do not eat empty promises. They need to hear sound policies. In the past, people voted for Robert Mugabe’s Zanu PF or Morgan Tsvangirai’s MDC without necessarily taking a very close look at what these leaders and their parties had to offer.

Their voting choices were informed by blind loyalty and emotion, plus coercion in some cases. With Mugabe’s inglorious departure from office and Tsvangirai’s sad death, our politics has changed, so must our mindsets and our election promises.

If the next elections are indeed going to be free, fair, credible and transparent as we have been told, there is a very good chance that there will not be an outright winner, at least in the first round.

While electoral irregularities have been raised in the past, the fact of the matter is that Zanu PF has a solid membership base of people who will vote for them no matter what happens.

This number is estimated to be not less than one million and it is a reality that cannot be ignored.

On the other side of politics, MDC has demonstrated that it has a very decent following judging by public displays since February 14 when Tsvangirai passed on. However, there is a difference between members and supporters. It would make sense for the MDC Alliance to also carry out a thorough audit of its membership ahead of the poll just as Zanu PF is doing.

They need to know how many of their members are registered to vote nationwide.

In the last four months, we have seen Zimbabweans shifting their political allegiance as if they were changing socks.

For some, it takes only a 2 kg bag of Chinese rice for them to change sides while, for others, a good song at a well-attended rally is all it takes. This is a clear demonstration of the volatility of the electorate.

Then there are those who do not religiously belong to either side, but will be influenced by positive messages and sound policy. This is the segment that may well decide the outcome this year.

The coming election must be won on sound policies. So far, no side has made any serious policy statements.

Instead, we have heard only nebulous rallying cries ranging from “We are open for business” to “We will build bullet trains”. These are merely political statements without any substance.

Zimbabweans want to be told exactly how the economy will be revived, where the money will come from and who will underwrite that investment, using what instruments and means?

We want to hear how our health delivery system is going to be resuscitated. How will the water woes in cities be brought to an end? How will our sewer systems be fixed?

How will the potholes be repaired? How will our mining industry revert to commercial operations instead of the subsistence type of mining that has been happening for years? How will our agriculture sector start working again? How will our financial services return to normalcy so that bank queues become a thing of the past? How will manufacturing be revived?

What steps will be taken to create a new culture of service delivery in government and state institutions underpinned by honesty, integrity, accountability and respect? How will the middle class be restored? How will parents be able to send their children to decent schools to get a decent education? How will unemployment be brought down to under 25%?

These are what Tsvangirai used to call the “bread and butter issues” that the ordinary Zimbabwean is most concerned about. Given the likelihood of a very close election, the balance of power must reside in some centre movement that will keep major parties in check. This is not without precedent.

In New Zealand a small party won only 7% of the vote in 2017, but went on to become the powerbroker, even determining which of the major parties could form government. The leader of the New Zealand First Party, Winston Peters became one of the most powerful figures in cabinet when he was appointed both Deputy Prime Minister and Minister of Foreign Affairs. This is how minor parties sustain democracy by clipping wings of major parties.

We want an effective and accountable government after the elections. Experience of the government of national unity has taught us that when major parties form a government together, they waste time fighting like childish rivals instead of delivering on election promises. The result is chaotic.

Lynette Karenyi of the MDC put it aptly when she said the GNU was like two people trying to make a fire together, one putting dry wood and the other shoving wet wood into the fireplace. The result was a thick smoke, not a bright flame.

Another marriage of convenience will not take us anywhere. We need a proper government with a package of sound and realistic policies. It is possible.