Khupe, Chamisa need to find each other 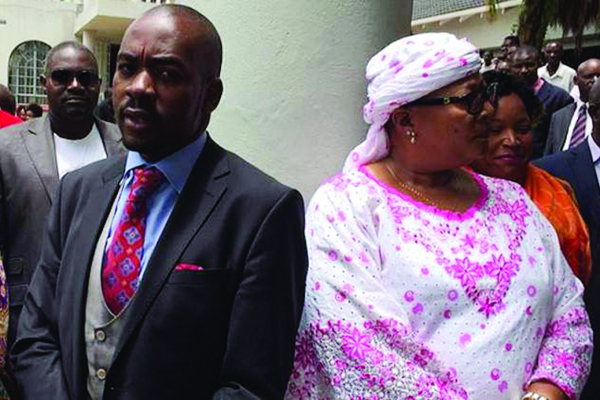 ONE of the greatest public secrets in Zimbabwe’s political landscape is that the opposition MDC-T, in particular, has very limited trust in the country’s Judiciary.

ONE of the greatest public secrets in Zimbabwe’s political landscape is that the opposition MDC-T, in particular, has very limited trust in the country’s Judiciary.

The scepticism with which the opposition party regards the Judiciary has resulted in public conjecture and unpalatable comments, including some bordering on characterising this important pillar of the State as an extension of the Zanu PF hegemony.

Granted, the Judiciary, in some instances, has been guilty of making partisan judgments or in worse situations, failing to deliver justice particularly linked to political contestations since the turn of the century.

The High Court challenge by the MDC-T’s late founding leader Morgan Tsvangirai in the aftermath of the 2002 presidential election, which is still on the roll and awaiting its first hearing, remains an indictment on the Judiciary.

Now, is it not astounding that given the foregoing and even more, the MDC-T still finds it fashionable to take its internal matters, including power struggles, to the same courts that it is on record describing as extensions of Zanu PF?

Nevertheless, we applaud the courts for refusing to be dragged into the opposition internal squabbles. The courts message is very clear — go out and resolve your internal disputes lest the opposition blames them.

The current power struggles in the MDC-T have a genesis known by its protagonists Nelson Chamisa and Thokozani Khupe.

The party has complained of infiltration in its rank and file by State security agents, but they still find the wherewithal to go before the same courts to seek arbitration on a matter they could easily resolve internally as it does not involve the State.

It is a case of the proverbial two goats that find themselves in dispute, but seek out a hungry hyena as arbitrator. When the court rules one way or another, the MDC-T turns around to cry murder most foul, claiming the ruling has Zanu PF footprints in it.

Instead of seeking to attract unnecessary attention, Chamisa and Khupe should do the right thing — swallow their pride and thrash out their differences amicably.

The irony is that both Chamisa and Khupe might actually be amenable to a coalition with President Emmerson Mnangagwa’s Zanu PF than find common ground to fight in the upcoming election.

How does it happen that these pseudo-democrats find fault and cannot stand each other, but are ready to go into bed with their mortal enemy?

The opposition is in constant discussions with Zanu PF, finding areas of convergence regarding electoral reform and even compromising in a give-and-take situation that benefits one or the other.

But shockingly, they fail to do the same among themselves. It is nothing, but a question of over-inflated egos that are getting in the way of common sense.

The unnecessary polluting of our political playfield by Khupe and Chamisa’s little feuds should stop now. The two MDC-T leaders should find space, lock the door and not come out until they agree to work together or better still walk away from each other and shut up.

The electorate deserves better than this.