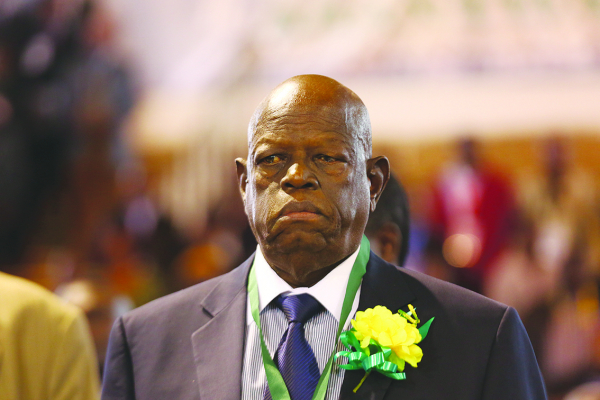 FORMER War Veterans minister and Makokoba legislator Tshinga Dube has argued there is little that President Emmerson Mnangagwa’s administration can do to address the Gukurahundi issue, saying the 1980s mass killings would best be handled by traditional leaders and not politicians.

FORMER War Veterans minister and Makokoba legislator Tshinga Dube has argued there is little that President Emmerson Mnangagwa’s administration can do to address the Gukurahundi issue, saying the 1980s mass killings would best be handled by traditional leaders and not politicians.

Addressing journalists in Bulawayo on Saturday, Dube said the Gukurahundi issue was more spiritual than political, adding that traditional leaders were better placed to lead all rituals associated with appeasing the spirits of the victims.

“For me, Gukurahundi is more spiritual than political or academic. The chiefs must come together to lead all traditional or ritual processes to appease the spirits of the dead. I don’t think the politicians can deal with Gukurahundi, they can only facilitate the way it is handled,” he said.

At least 20 000 civilians were reportedly killed by an army unit unleashed on Matabeleland and Midlands provinces by then Prime Minister Robert Mugabe in the 1980s to hunt down perceived PF-Zapu armed dissidents.

Mnangagwa’s administration has been under mounting pressure to deal with the emotive Gukurahundi issue, with some pressure groups petitioning him to urgently address the matter.

About eight Mthwakazi Republic Party (MRP) activists staged a protest at the Zimbabwe International Trade Fair Grounds recently where Mnangagwa was addressing the clergy, calling on him to address the issue. They were arrested and tortured, but charges against them were dropped.

Another Gukurahundi protest was held in Pretoria, South Africa, where Mnangagwa was addressing Zimbabweans based in the neighbouring country.

“My own position is that Gukurahundi has not been conclusively addressed. When such things happen, it means we must take them seriously. It cannot and will never be swept under the carpet and pretend as if nothing happened.

“We want closure, there must be closure. We need to find a way of apologising to the victims, and I still stand by my view that only traditional leaders and not politicians can lead the processes to appease the spirits of the departed. There are traditional rituals which can be done by the chiefs,” Dube said.

Former President Robert Mugabe once described the mass killings as “a moment of madness”, but failed to publicly apologise for the atrocities. Victims and human rights groups have continued to pile pressure on government to address the country’s dark episode.

The former President sent a North Korean-trained force to crack down on supposed opposition to his rule, resulting in the killing of over 20 000 civilians.