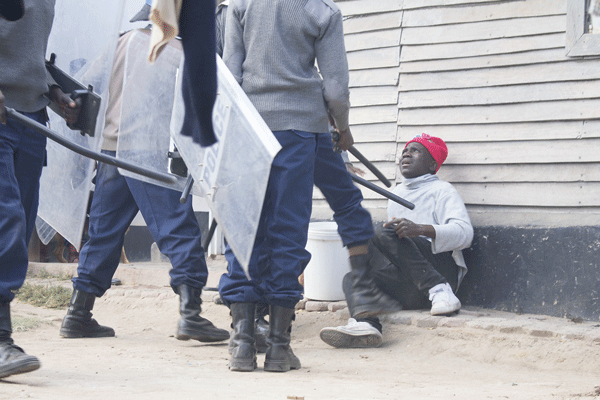 This week we celebrated, or should I say commemorated 37 years of our country’s independence. It got me thinking about the meaning of independence — and how it translates for an individual, a community or a country.

This week we celebrated, or should I say commemorated 37 years of our country’s independence. It got me thinking about the meaning of independence — and how it translates for an individual, a community or a country.

My first thought was that independence is not necessarily the opposite of dependence. At least I don’t think it is. And yet the two are obviously not the same thing.

Independence, as it relates to a country, means self rule, a degree of autonomy, and freedom. At 37 years old, if Zimbabwe were a person, she would be an adult. She would have her own assets, and possibly some liabilities such as a mortgage and probably some dependents too. Having long surpassed the age of majority, she would certainly be recognised as an adult, having the right to exercise choice over important matters such as voting in national elections, purchasing alcohol and going to big people’s jail. She would be empowered to marry or even opt for any one of a number of options that have become available outside of marriage.

But as any 37-year-old will tell you, freedom is one of the most burdensome responsibilities one can bear. Freedom means drawing your own boundaries about what is and is not acceptable in your life. (Something like what a Constitution does for a country).

Freedom means you are no longer reliant on other people’s tools and rules for self-management — you have to put in place your own disciplinary code, to manage your own conflicting desires, to learn to prioritise and sacrifice according to what you see as appropriate. Having to manage oneself is probably the toughest challenge of being independent.

It also means exercising discretion over how much other people’s feelings opinions and ideas are going to matter, because adulthood comes with the realisation that your ability to do what you want has consequences for others. Enter dependence, stage left!

Human beings are designed to subsist in communities and that implies a great degree of depending on others for one’s own well-being. So that even when we are fully independent, we are still dependent.

One of the most significant archeological finds of our time has been the remains of a human with a healed femur. The femur (running from your hip to your knee) is the longest and most robust bone in the body: very difficult to break and once broken, very difficult to mend.

In the age of hunter-gatherers the ability to move around, to respond rapidly to changes in the environment, and to flee from danger with ease was critical and so a family member with a broken femur would be a serious liability.

The awe and wonder surrounding the healed femur was that it meant humans had taken the time, trouble and patience to nurse one of their own for the lengthy period that it took for the femur to heal. The healed femur becomes a symbol of empathy, compassion and yes, dependence — but in a good way!

I happen to be spending a few days with the family of a very successful businesswoman. She is one of those people, who take independence to another level. I have admired her tenacity, her willingness to walk alone, her resilience and her irrepressible joie de vivre. She is a person, who makes independence look easy and effortless. But I know from experience that independence can also be a lonely path. That standing alone and walking alone and sometimes even falling alone and rising alone is not for the faint-hearted.

That even in the triumph that accompanies achieving alone, the desire, not for company, but for knowing and being known by another is so strong that only the very brave survive.

So even the strongest, toughest and bravest among us must lean on someone. We must have a reliable support system in order to make our lives work. Whether it is the 37-year-old mother of a starter family, or the mature and experienced woman blazing a trail or prosperity and influence in business, there are people whose choices affect us, and we too affect others with our choices.

And so it is with a country. We may well be a sovereign state, fully capable of running its own affairs. We have a Constitution that spells out our beliefs and draws boundaries for us and we have a set of laws coming out of that (theoretically at least), to help us to self-manage. It has become evident that this process is as difficult for the nation of Zimbabwe, as it is for any 37-year-old citizen. We want to stand alone, but independence does not mean isolation.

We sometimes make mistakes, we hurt those we claim to love, we act in haste and speak from highly-emotional positions, we squander wealth and waste resources, we get confused and sometimes feel regret. If you think about it, are these reasonable mistakes for a 37-year-old to make?

No matter how fabulous our own natural resources (and they really are pretty fabulous, including the goats!) This year for the first time in years we have a maize harvest that means we will not need to import any to feed ourselves. Yay for sovereignty! However, I am told our storage facilities are in such a bad state of disrepair that it is not quite clear how or where we will store our bumper harvest. Enter dependence stage right!

We still have to engage with others to seek solutions to our problems. We take counsel from and trade with others; in times of war we support and are supported by others. If we have a massive injury such as a broken femur (or even a broken banking system), who will wait out the healing process with us?

Thembe Khumalo is a brand-builder, storyteller and social entrepreneur. Find out more on www.thembekhumalo.com or follow her social media accounts @thembekhumalo