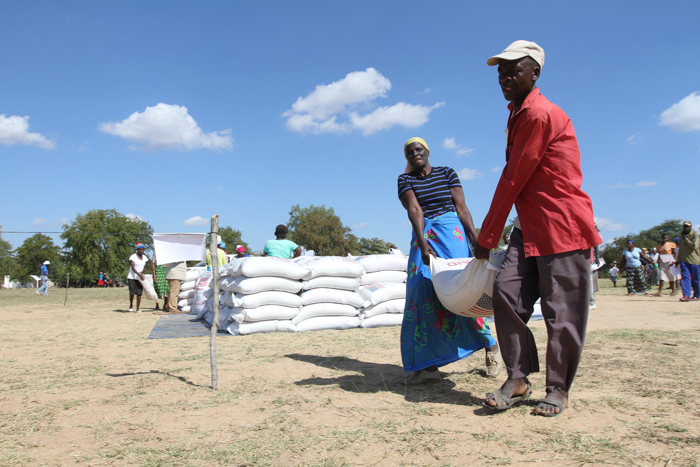 AN MDC-T councillor in Binga has petitioned the district administrator, Ndethi Banda, over alleged partisan distribution of government-sourced food aid by ruling Zanu PF officials in the area.

AN MDC-T councillor in Binga has petitioned the district administrator, Ndethi Banda, over alleged partisan distribution of government-sourced food aid by ruling Zanu PF officials in the area.

Ward 17 councillor Themba Munkombwe claimed that the ruling party officials chased him away on September 23, when they handed out drought relief food sourced by the Department of Social Welfare.

“My major concern of writing this note is the displeasure which I have suffered seeing distribution of food done in a partisan manner. I was told to move away from the distribution premises. I was not allowed to have access to the list of beneficiaries. Where is the circular with such limitations?” he queried in his letter, copied to provincial administrator, provincial social welfare officer and the Zimbabwe Lawyers for Human Rights.

“The drought relief is always given in a partisan manner in Kabuba ward 17, despite the President Robert Mugabe declaring that everyone must get food.”

Munkombwe said he had established that over 141 food-insecure villagers in Musazi village who were entitled to benefit from the scheme had been left out.

“The maize is distributed to the people not to the MDC-T councillor. It is not even meant for Zanu PF councillors, but for the people. The food is from President (Robert Mugabe) through the Minister of Labour and Social Services, Prisca Mupfumira, and is meant for everyone. If he wanted food to be given to him, he is lost,” he said.

“We want all people to be given food. We are going for elections in 2018 and we will not deny people food when we want their votes. Food is being distributed in Binga though it is a known MDC-T stronghold. If the distribution was partisan, you would not hear any food being distributed there. He is just lying.”