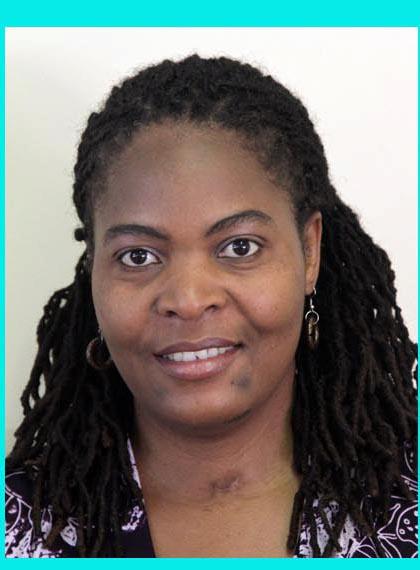 WOMEN and girls in the rural areas are using cow dung during menstruation because they cannot access proper sanitary wear.

WOMEN and girls in the rural areas are using cow dung during menstruation because they cannot access proper sanitary wear.

Sanitary wear is generally unavailable in the rural areas and, when it is, it is costly and, therefore, out of the reach of the majority living in poor backgrounds.

Most sanitary wear is imported at huge cost which is automatically passed on to the consumer.

When Proportional Representation legislator Priscilla Misihairabwi-Mushonga (MDC) introduced a motion calling for the scrapping of duty on sanitary wear in the National Assembly, many MPs were touched as they heard how some women in the rural areas were using unhealthy means such as cow dung, maize stalks and even leaves as pads during their menstrual cycles.

Traditionally, the issue of menstruation is a private matter that is not discussed openly. Many women prefer to hide the fact that they are having their period due to the stigma attached to it.

However, due to expenses that come with sanitary wear in Zimbabwe, many girls have failed to keep it private after soiling their clothes because they have no means to buy proper sanitary wear such as cotton wool, tampons and panty pads.

Not only is proper sanitary wear effective in preventing leakages of blood while menstruating, but it also prevents the odours that accompany menstruation.

During a recent visit to Chipinge near Zimbabwe’s eastern border, some rural women interviewed by NewsDay revealed that they used old pieces of cloth in place of cotton wool during their periods.

Teenage secondary school pupil Muchadeyi Mahanya said her parents were simple subsistence farmers who, during the better part of the year, did not have enough money to buy cotton wool for her to use as sanitary wear.

“Most of the time I use cast-off pieces of old cloth the rest of the family no longer wish to wear,” Muchadeyi said.

“I do not feel very comfortable using cloth as sanitary wear because I am a netball player and most of the time I am scared that the piece of cloth might fall off and I can become very embarrassed.”

An elderly woman from Mbare, Martha Phiri, now in menopause, said during her youth she used pieces of mutton cloth (mawesi) they gathered from cloth-making factories.

“These were softer and resembled cotton wool and we would gather as much as we could to use as sanitary wear. However, we did not know whether they were healthy as they were scrap cloth.

“We would also use torn clothes and toilet paper if our parents could afford them. However, the challenges with using pieces of cloth is that the blood can dry up and produce putrid smells and toilet paper is too absorbent and does not last long. Toilet paper was also dangerous in that some of it contained chemical colourants which posed a health threat,” she said.

Phiri said the challenges they encountered in the rural set up were access to water and soap needed to wash the pieces of cloth for re-use during the next cycle. Proper sanitary wear is disposable.

Her confession shows that it is not only access to sanitary wear that is affecting poor women, but also access to water and ablution facilities, imperative during menstruation to keep away odours and dispose of blood.

“There was also no sterilisation of the used pieces of cloth; we just washed the pieces with water often without soap and re-used them without even ironing them to kill germs,” Phiri said.

Although some people denied the fact that rural women who cannot afford sanitary wear ended up using cow dung and maize stalks, Mutasa South MP Irene Zindi (Zanu PF) explained to the National Assembly during the emotional debate how those women used those archaic methods.

Zindi narrated discussions by a school teacher during a promotion on sanitary wear by a non-governmental organisation SNV of Netherlands, which was graced by Women’s Affairs, Gender and Community Development deputy minister Abigail Damasane.

According to Zindi, the teacher explained the problems faced by poor school girls who could not afford sanitary wear, adding that at times they avoided attending classes for fear of spoiling their uniforms and getting booed by the boys.

“The teacher highlighted that some girls were using cow dung as sanitary wear, but did not explain how. We need to think as government how we can alleviate the problems suffered by women through lack of sanitary wear. Just imagine how cow dung looks and create a graphic image of what our girls go through, 34 years into independence,” she said.

Zindi said the teacher also said that some young girls were using leaves and maize cobs or stalks to block the free flow of blood. “You also ask yourself that when someone is using a maize cob — how they use it. It means they will use it as a tampon and insert it into their private parts. It has rough edges and the private parts have delicate flesh. I am using such graphic descriptions so that we can visualise the problems that women go through with their menstrual cycles,” Zindi said.

One might question why such issues end up being discussed in Parliament, but Misihairabwi-Mushonga said it was due to desperation and problems that women suffered during menstruation in the country that forced her introduce the motion.

Many legislators during debate on the motion opened up and began talking of how their daughters and wives suffered period pains and called for these “instruments of dignity” [sanitary wear] to be given free of charge to all women in the country.

Kwekwe Central MP (Zanu PF) Masango Matambanadzo was one of the people touched by the plight of rural women who had to use unorthodox means during menstruation and promised the House that in a month’s time he would go back to China to get quotations for sanitary wear manufacturing machines. Recently, he was one of the MPs stranded in China after missing their flight.

“What I have heard is really painful — how can a woman use cow dung as sanitary wear? This is a disgrace,” Matambanadzo said.

“Sanitary wear manufacturing machines are very cheap in China, and I have been accused of misguiding my fellow MPs during our trip to China, but I was there looking for hospital equipment which is dilapidated in my constituency and I discovered that a machine used for manufacturing sanitary wear in China costs no more than $5 000.

“I will be going to back China within 30 days and I am going to shop around and get quotations for the sanitary wear manufacturing machines.”

According to an online article by Tiens Group on sanitary napkins, lack of proper sanitary wear and moist environments during menstrual cycles by women can be breeding ground for bacteria.

“Moist environments provide the perfect breeding ground for bacteria and during the menstrual cycle women are vulnerable to inflammation or infection without proper care.

“It is suggested that sanitary towels with cotton surfaces are preferable because they are more absorbent and comfortable. Scented towels or synthetic material should be avoided. Towels should be replaced regularly during periods to help prevent bacterial growth,” the article said.

Other online health articles (by Shinymode blog) also suggest that women can suffer from chronic yeast infections, irritation and other gynaecological diseases if they used improper and unhealthy sanitary wear.

“All these diseases and the general discomfort that a woman experiences during her menstrual period can be prevented if she uses the right products and maintains proper hygiene,” they said.

A study done in India by Shanti Sadhana Ashram also revealed people living in backward areas suffered from different diseases due to ignorance on personal cleanliness.

“Another important factor is that rural women and girls generally do not maintain cleanliness during menstruation periods. As a result they become the host of many infectious diseases,” the report said.

“This is due to lack of awareness among them and due to the economic inability for adopting better precautions like use of good sanitary napkins during menstruation periods.

“Usually different sanitary napkins are found in the market, but the reason is that these napkins are not affordable for rural poor women and girls. Thus, if the use of hygienic sanitary napkins could be initiated among rural women and girls at low cost then growth of different diseases could be arrested or minimised to a large extent among them.”

According to Misihairabwi-Mushonga, for one to import sanitary wear into the country they needed to pay Zimbabwe Revenue Authority 20% duty and 15% value added tax, resulting in it being sold at unaffordable prices at shops.

Menstruation periods for women vary from three to seven days and are accompanied by different complications such as period pains and haemorrhaging.

A survey of sanitary wear at a local supermarket branch revealed the prices differed according to the brand. Most of the brands were imported.

For a woman to keep clean and avoid leakages during a single menstrual cycle they might need several packets of pads (for those with a heavy flow) and it can cost them more than $20 per month to menstruate.

Therefore, it is imperative for parliamentarians to adopt Misihairabwi-Mushonga’s motion to scrap the current duty of 20% and value-added tax of 15% on sanitary wear and provide sanitary wear for all elderly women free at all reproductive centres.

Government should then act on the recommendations by the motion if adopted, which at this moment seems likely because the motion was supported by all legislators.

She argues that elderly women might need to use sanitary wear because some of them can no longer hold their bladders after giving birth to so many children.