Stolen smartphones selling for up to £1 000 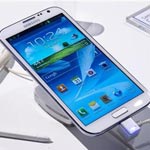 SMARTPHONES stolen in Britain are being sold for up to £1 000 abroad as the black market price for handsets that contain personal and financial data soars.

SMARTPHONES stolen in Britain are being sold for up to £1 000 abroad as the black market price for handsets that contain personal and financial data soars.

Police and industry sources have admitted that the international element of the crime, and sophistication of the criminal groups involved, has made it incredibly difficult to counter, according to The Times.

Thieves are now employing audacious tactics to steal smartphones, such as “steaming”, where gang members flood mobile phone stores and distract staff with inquiries, allowing their accomplices to clear the stockroom of new handsets.

The gangs pass the phones to handlers who export them in bulk. One increasingly popular trade route, police said, has phones travelling through Eastern Europe for renovation, then to the Indian subcontinent, Algeria and Nigeria, where the newest smartphones are in shortest supply but the newly wealthy most want the gadgets.

Mobile phones have also been used by drugs gangs to launder money. “The common factor now is the organisation,” one police source told The Times.

“These groups are stealing to order. Some of the more organised criminal groups already have their fingers in every pie.”

Pickpocketing is the most common form of mobile phone theft. One in six of those who have had a phone stolen say it was taken from their bag or pocket.

Eight percent have even had their phone snatched from their hand as they were using it and a further 6% were mugged for it, according to the official figures.