In the groove: Is Patrick Mukwamba jinxed? 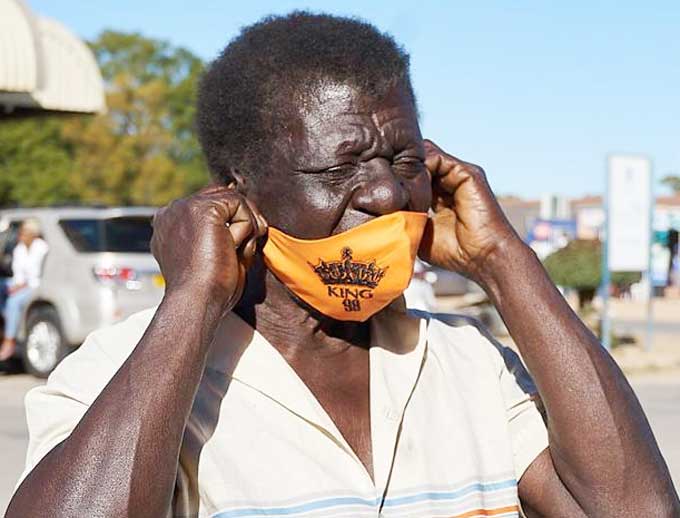 Patrick Mukwamba is a very sad man. Despite spending a long time thinking about and penning a lot of meaningful songs, he remains a bitter man. In the 1970’s, he went into the recording studios and spent a long time recording them. He still does.

By Fred Zindi Yester-year musicians such as Oliver Mtukudzi, Zexie Manatsa, John Chibadura, Thomas Mapfumo, Lovemore Majaivana, James Chimombe, Bhundu Boys, Tongai Moyo, Jonah Moyo, Chiwoniso Maraire, Devera Ngwena, Patrick Mukwamba and many others generally gave good value for your listening ears and money. They made you pay for their music, and they delivered the goods.

In my experience, the musicians who want something for nothing are invariably those who spend five minutes in the recording studio and expect to make a hit out of this little amount of work.

Patrick Mukwamba is a very sad man. Despite spending a long time thinking about and penning a lot of meaningful songs, he remains a bitter man. In the 1970’s, he went into the recording studios and spent a long time recording them. He still does. However, since the 1970’s, he says he has not earned much from his music when compared to his counterparts such as Tongai Moyo, Hosiah Chipanga and Leonard Zhakata whom he considers to be lesser artistes but have done better than him.

Here is his sad story:

In 1989, he went to Kwekwe and took a band from there to back him. The band was accommodated at his Chitungwiza home. In no time at all, his wife with whom he had three children, a boy and two girls, fell in love with the drummer (name given) in the band.

His wife, who was in the business of selling clothes made more money than Patrick and assisted in the feeding of his band. The wife gave him $60 to go to Mutare to start a business in sculptures.

On return from Mutare that is when he discovered that something was going on between his drummer and his wife. He was so upset that he decided to peacefully relocate to Rusape where he got into the sculpture trade.

This is when his woes began.

With his band from Chitungwiza, the car he was driving in broke down half-way to Chivhu where they were to stage a concert. They only arrived at the venue at 10.30 p.m. for a show which was meant to start at 7p.m. That was a big loss as everybody had gone home by the time the band arrived.

It was the same thing for the next three shows. The car always broke down on the way to different venues. The band was always late for the shows hence audience attendance was at a minimum.

Patrick decided to go to Chipinge to see a traditional healer whom he thought would explain and assist to exorcise him from his troubles.

But that never worked. The female members of the band left as they were not earning any money.

He decided to restrict his shows to Harare only as they were not earning any money outside Harare due to transport costs. On the way from Chitungwiza to Job’s Night Spot in Harare where they were scheduled to play one Saturday night, the van they were driving in burst a brand-new tyre.

They got to the venue late and were supposed to do a sound check before 9pm. When they tried, two of the amplifiers had stopped working. The show was cancelled and Patrick did not have money to pay the band members. Everybody was disappointed.

In the meantime, his wife was demanding school fees for their child who was now at Marlborough High School. The shows were not bringing in any money.

He then thought that his fortunes would change if he went into the recording studio and bring out a new album. He approached Innocent Utsiwegota with whom he says he recorded the new album, but he says he never saw a penny for his hard work.

Apparently Innocent took the new album to the United Kingdom and, according to Patrick, it was sold there where the song Bonus was also on sale via World Remit Records. Gramma Records in Harare denied having anything to do with it when Patrick tried to do a follow up. He got nothing from this deal.

“Clive Malunga who had been to Japan, also says that he saw my music being sold there, but I received nothing from these sales. That is my bad luck,” Patrick said.

“Another song, Emeria became very popular in Holland, but I never heard from the people who were marketing it” he says.

“My songs were also played during the last World Cup finals and Kure Nanhasi was translated into German. When we followed this up, this is the only time I was lucky as Fifa sent a cheque of US$3,500 to share with my band members,” he went on.

Patrick later joined the Four Brothers Band, but the four members of the band, Marshall Munhumumwe, Alex Chapaika-Phiri, Never Mutare and Edward Ulaya would ignore him whenever they had big concerts because they did not want to share the money they made with him. So, Marshall decided he would sing Patrick’s songs at live gigs.

When Mukwamba joined them in 1983, they became known as Patrick Mukwamba and the Four Brothers. Together, they toured the whole country. They resorted to their original name when they started their overseas trips without Mukwamba.

After their European tour, equipped with new equipment from their overseas earnings, they wrote Rudo Imoto as Four Brothers. The song was a massive hit throughout the country and music fans, wherever they went, would always demand that song.

It was at this point that the band with this new hit, realised they did not need Mukwamba any more as Marshall sang it beautifully.  This is the stage at which Mukwamba’s fortunes began to slip away and he is still bitter about this.

According to Patrick: “A music promoter, Cephas Chimanga who had organised  a show for us had written on the posters “Patrick Mukwamba and The Four Brothers” but the band left me behind and did the show on their own”.

However, it was during his stint with the Four Brothers that Mukwamba made his biggest impact.

He wrote many songs during this time. Unfortunately, Marshall Munhumumwe, the drummer in the Four Brothers could also sing and whenever the band was invited overseas, they would leave Mukwamba behind and got Marshall to sing Mukwamba’s songs. Mukwamba was very bitter about this as he claims that the Four Brothers travelled overseas on the popularity of his songs.

According to Mukwamba in an earlier interview, “Marshall told the promoters that he could sing each and every one of my compositions and hence there was no need for me to be part of the travelling team,” he said.

Mukwamba gained popularity during his short stint with the Four Brothers between 1983 and 1984 when he released the classical hit, Jonasi (Wapenga Nayo Bonus). This song was a Christmas hit as it described how Jonasi foolishly spent his bonus earned from work.

All these hits received massive airplay overseas but nothing locally.

According to Patrick, he went to every radio station in Harare and Mutare and gave the DJ’s there a copy of each of his Cd’s but never received any airplay. He thinks that the local DJ’s had something against his music.

He says he never made any money from these hits.

In his attempt to sell his Chitungwiza home, he had been warned by his ex-wife’s brothers who proclaimed: “Pamba apa haufi wakapagara kusvikira wapachenura”.(You will never live in that house again until you remedy certain things). He says the house has no electricity, no toilets and nothing inside it. Squatters now live in it. Patrick is busy visiting traditional healers to try and understand all this.

He believes that his wife, who died in 2004 cursed him and has something to do with all the bad luck that has befallen him. His children do not even talk to him anymore as he believes that they were brainwashed by their mother who told them that their father was useless.

There are many other negative things, too numerous to write about, that have taken place in Mukwamba’s life, but he says he is a survivor and will continue to make music until his dying day.