Chamisa under fire over US$120K donation 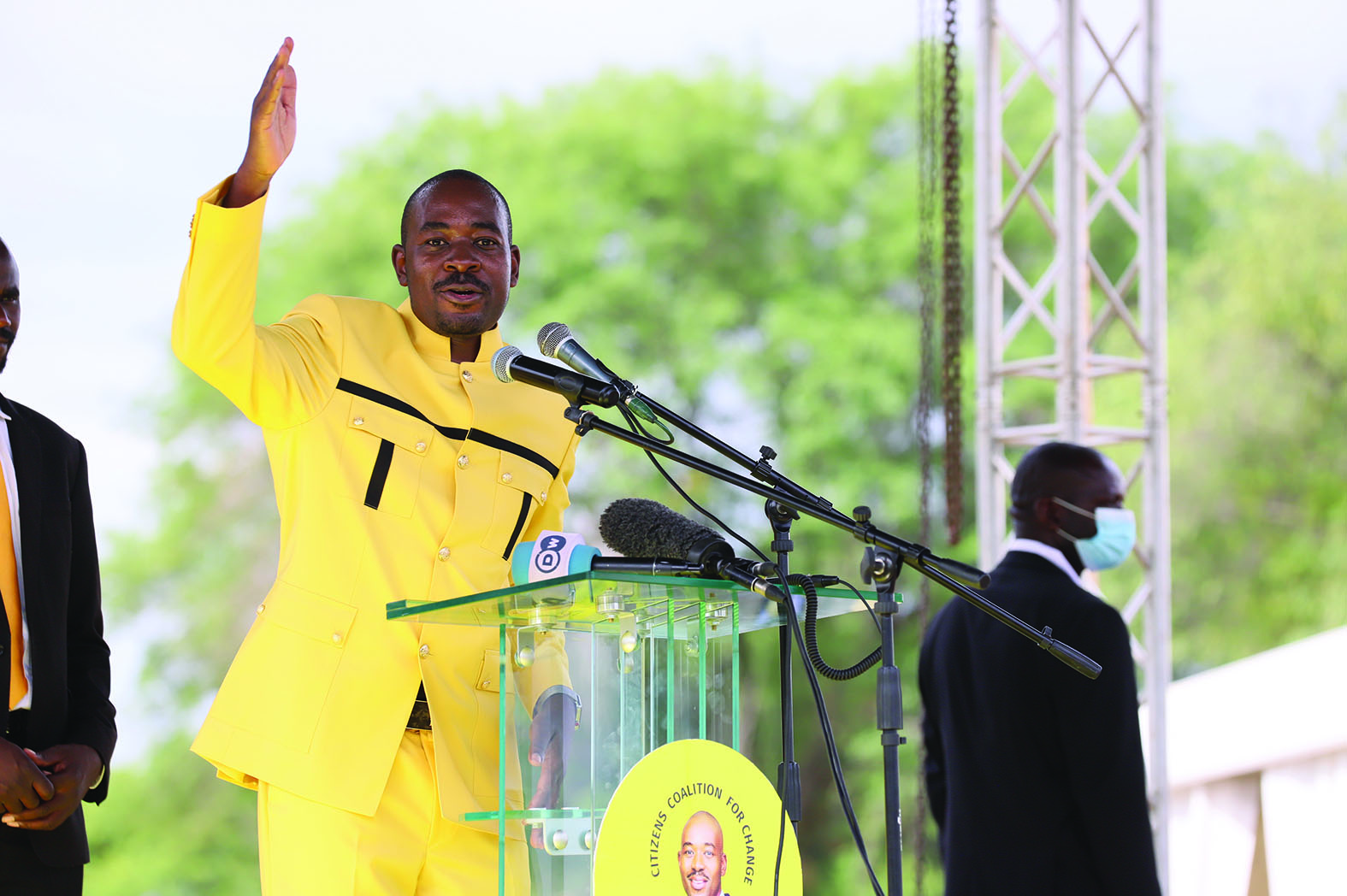 BY TAURAI MANGUDHLA OPPOSITION Citizens Coalition for change (CCC) leader Nelson Chamisa is under pressure to account for US$122 300 donated by sympathisers for the purchase of a bullet proof off-road vehicle for his use.

This came after his motorcade suffered several attacks from suspected Zanu PF supporters and State security agents in what was also seen as a threat to his life.

Asked to confirm whether or not the vehicle had been delivered, CCC spokesperson Fadzayi Mahere said “not yet”.

She referred further questions to organisers of the initiative, Citizens Action for Change also known as the Citizens Organisers.

“The Citizens’ Organisers are seized with the matter. They are your best port of call for detailed information,” Mahere added.

Citizens Action for change had not responded to questions sent on Thursday by the time of going to print last night.

Attempts to get a comment from the GoFundMe initiative contact person only identified as Bhasvi were also fruitless.

“This was a private initiative and so as interim treasurer of the CCC, I have not been involved at all. I am not sure whether it has been bought. You will have to ask CCC president Nelson Chamisa’s staff that question,” Coltart said yesterday.

The highest donation of US$42 500 was made by one Tino Mudzekenyedzi, followed by Henry Munashe’s US$1 450.

While the bulk of comments on the page were in support of the initiative and encouraging that funds be raised quickly, Chamisa was ridiculed by some on the basis that it painted his image as no different from Zanu PF leaders who spend big on personal luxury top-of-the-range vehicles at the expense of service delivery.

“There are more worthy causes than this cause. I hope these funds will be diverted to some of those worthy causes. The key is the continued joined up spirit but sadly it exposes that noise makers are not necessarily cause drivers in deed, it’s all in talk.

“I hope folk will shift from myopic party politics to real Zim causes! US$100K can turn into US$500K in collaborative agriculture or mining in a matter of months not years! Vuka Zimbabwe! You are the Change You want,” wrote someone identified as Amai Boi on the GoFundMe Twitter page.

In October, Bhasvi posted: “I have joined other citizens to set up an initiative to support the safety for Nelson Chamisa. The initiative will be registered in the USA and is led by an audit committee.

“As the diaspora community of Zimbabwe (and friends), we want to send a clear message of solidarity by replacing Nelson Chamisa’s vehicle which was destroyed during the recent attacks orchestrated by the regime in Masvingo. Together as the diaspora community, we felt this is one way we can support the democracy agenda from afar.”