Zim’s hope lies in citizens standing up for themselves 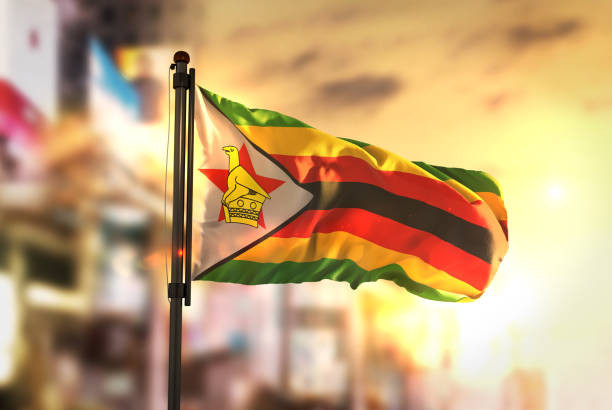 AS I am writing this article in the early morning, I am standing in front of the main lounge window — looking outside at schoolchildren and workers rushing to their various stations.

In my thoughts, I am wondering who exactly was responsible for all these black men, women and children to freely be residing, moving, learning and working in what was previously a “Whites/Europeans only” suburb.

Who enabled my mother, father and myself to move to the suburb of Redcliff from what was then termed “township” of Torwood in 1982 — into a residential area full of white people — in which previously, would have been a crime walking around without a valid reason, such as domestic work?

Of course, we have repeatedly and untiringly been told and taught how the ruling Zanu PF party (a combination of the liberation wings of Zanu and PF Zapu) fought for this country through a protracted armed struggle, leading to independence from colonial rule, marking the end to racial segregation and discrimination.

That might be the case, but there is certainly more to this than what is portrayed on the surface.

Even during this war of liberation, these two liberation movements were totally aware, and took full advantage of the strength of the masses.

They appreciated the irresistible and unstoppable phenomenal strength in the ordinary citizenry being at the forefront of rising up, and standing up to the Rhodesian government.

It was never a matter of Zanu and PF Zapu simply campaigning across the country, attracting massive gatherings at rallies, and winning elections

For starters, both these liberation movements were banned, with their leaders either in detention, in hiding or having fled the country — and as such, all their activities were illegal and underground.

Campaigning and elections were, thus, completely out of the question.

How were we finally able to move into formerly white suburbs and schools, as well as able to engage in activities that were the preserve of whites?

The people who chose to finally rise up and stand up for themselves — who were fed up, and had had enough — were responsible.

Indeed, the two liberation movements played a pivotal role in the mobilisation of the masses, enlightening them of how oppressed they were, and instilling in them the imperativeness of the people fighting for the end of the suppressive system.

Yet, without the ordinary people on the ground rising and standing up for themselves, there was absolutely no way independence was to be realised in Zimbabwe.

How on earth do Zimbabweans honestly expect any real change to be realised in the country in the face of another similarly brutal oppressive and segregatory regime?

How is genuine, positive change to be attained, when any real opposition has virtually been banned — only legal on paper, yet unable to freely campaign, while some of their leaders languish in prison (without trial, and denied their constitutional right to bail)?

How is this change supposed to be attained when the electoral playing field is severely skewed in favour of the ruling Zanu PF party — through the abuse of State institutions that are unquestionably biased, and seem to be at war with any voices of dissent, as well as a dubious electoral commission?

Yes, the irony is eerily and disturbingly glaring for all to see — as the liberators are now practicing the same, if not far much worse, oppression they themselves once endured during colonial times.

What is more unsettling, though, is why the ordinary people themselves, who are the main victims of the ruling establishment’s anti-people and anti-Zimbabwe policies, are not taking a leaf from the generation of the colonial era, who stood up against the oppressive and discriminatory system?

Why are the millions of Zimbabweans bearing the brunt of the Zanu PF regime’s heartless looting of national resources for their own self-enrichment, and the brutal repression, merely waiting for change to come on its own?

Surely, is this not the same apathetic attitude that signalled the fall and failing of all the initial nationalist movements in Rhodesia — who, for some strange reason, believed that perpetually crying and moaning, and even endless talks with the oppressor, would somehow yield positive results?

Only when the ordinary masses finally realised the folly and foolishness of standing with hands akimbo, and not taking a firmer stance, did the end to colonial rule finally come.

Zimbabweans have a plethora of tools at their disposal — which are even constitutional and legal, including national strikes, shutdowns and stayaways that are non-confrontational, and relatively safer against a regime with absolutely no qualms shooting dead, in cold-blood, unarmed fleeing protesters (as shockingly witnessed in August 2018 and January 2019).

It boggles the mind why we are not even doing that.

Yet, by some inexplicable and incomprehensible reasoning, we expect change to come.

If Zimbabweans are serious about the desire for real positive change, then we need to show that seriousness.

Each day we talk about electoral reforms in order to ensure truly free, fair, and credible elections.

How do we expect those reforms to come about?

Do we genuinely believe that the Zanu PF regime will voluntarily reform itself out of office?

Do we actually believe that some talks and negotiations, especially going into them from a position of weakness, without ever having exhibited any strength though mass action — will force a reluctant Zanu PF into yielding to any meaningful reforms?

I am reminded of the February 1961 National Constitution Conference of Southern Africa, whereby the National Democratic Party agreed to the Rhodesia regime’s offer of a paltry 15 seats for blacks in a 50-seat Parliament.

That is what happens when a nation solely relies on a political organisation (without a show of the strength of the people) trying to negotiate with a powerful oppressive regime, that has no interest whatsoever in implementing any reforms that will change the status quo.

As long as Zimbabweans are not willing, and not prepared, to pull up their sleeves, pluck up their courage, and do the dirty work in the struggle for their own freedom and prosperity, then we can dream of a new better Zimbabwe all we want, but the blunt truth is that nothing will change.

It is not political parties and their leaders who will bring about the desperately needed and long overdue change in Zimbabwe, but the ordinary citizens, who need to stand up for themselves.