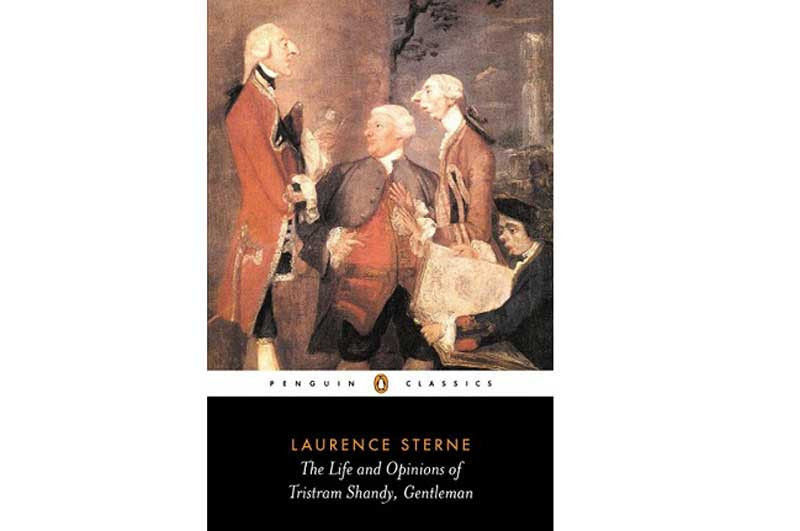 If we ever had not appreciated that, we had probably not had to study the poetry of the American poet, ee cummings, as he famously did not use punctuation in his work. A pupil still vividly recalls with deep anguish being asked to read aloud in class one of his poems that began, “next to of course god america I / love you land of the pilgrims’ and so forth oh / say can you see by the dawn’s early my / country tis of centuries come and go” — let us stop there, before we are all totally confused!

The opening sentence of the novel ‘The Life and Opinions of Tristram Shandy, Gentleman’ (by Laurence Sterne) certainly challenges our will to read novels! “I wish either my father or my mother, or indeed both of them, as they were in duty both equally bound to it, had minded what they were about when they begot me; had they duly consider’d how much depended upon what they were then doing;—that not only the production of a rational Being was concern’d in it, but that possibly the happy formation and temperature of his body, perhaps his genius and the very cast of his mind;—and, for aught they knew to the contrary, even the fortunes of his whole house might take their turn from the humours and dispositions which were then uppermost — Had they duly weighed and considered all this, and proceeded accordingly — I am verily persuaded I should have made a quite different figure in the world, from that, in which the reader is likely to see me.” It will not take too much imagination to suspect that many people will have skipped that bit and will certainly not put the book on their reading list!

Punctuation plays an important role in ensuring sense is made of what is written; furthermore, the correct punctuation is necessary. So now we come to a rather strange question: what punctuation mark would best describe the role parents play in their child’s life?

At times parents perhaps need to be a full stop, giving their child the opportunity to stop and think; at other times, maybe they are commas, just being there to give their child a moment to pause. Some parents might be question marks, constantly asking questions, while others might be exclamation marks, expressing great delight, excitement and enthusiasm in their child’s life.

Overall, though, maybe it is rather obvious: parents should be parent-heses. Parentheses (or brackets, to save us having to look the word up) indicate that what is in them is not fundamental but rather has an explanatory or qualifying role, almost as an aside (or even as an after-thought). What is in them is not essential for understanding.

So we as parents need to be there in an explanatory role, in the background increasingly, amplifying the life of our child. It must be more of our child, less of us as parents. They are to be the focus and subject of their sentence; we are (whisper it softly) really an aside in their lives. A child’s life is not about the parent, as Tristram Shandy was trying to say, but the parent has to be nearby, providing some further input. Tristram was saying that if his parents had considered carefully what their role was and duly adhered to it, his life would have been very different. The same will be true for us as parents.

Like punctuation, parents are important but it is also important that they are in the right place and are used correctly. If they are not, then we find the opening statement (with a slight variation) has to be changed again: A child (without): her parent is nothing. Parents, let us stay in parentheses, or else our children will be left wishing the same as Tristram Shandy (and that is not a good thing).

Tim Middleton is the executive director of the Association of Trust Schools [ATS]. The views expressed in this article, however, are solely those of the author in his private capacity and do not necessarily represent the views of the ATS.