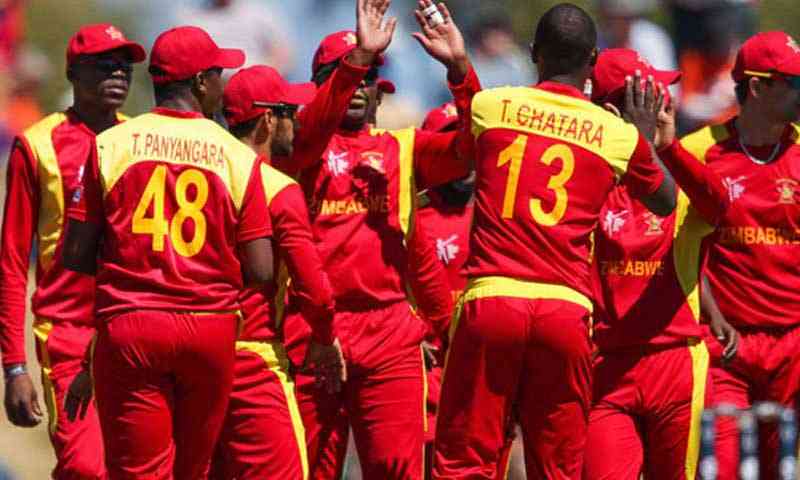 THE Zimbabwe national cricket team will use two matches against Namibia and Sri Lanka in Australia as warm-up for the International Cricket Council (ICC) World Cup.

After their heroics in defeating Australia in their own backyard for the first time in history in a one-day international series 2-1 defeat, the Chevrons will be looking to take that momentum into the World Cup.

Zimbabwe will first clash with Sri Lanka at the Melbourne Cricket Ground on October 10 before taking on Namibia at the Oval three days later.

The tournament proper will be played between October 16 and November 13.

In the first round, Zimbabwe are placed in Group B together with Ireland Scotland and West Indies.

The Chevrons play Ireland on October 17 before taking on West Indies two days later and will round off their group matches with a collision against Scotland.

If Zimbabwe finish second in Group B, they will be placed in Group 1 of the Super 12 alongside Afghanistan, Australia, England and New Zealand.

According to an ICC statement released yesterday, the warm-up matches will be played in Brisbane and Melbourne.

“The official warm-up fixtures for all 16 teams of the ICC Men’s T20 World Cup 2022 have been announced, with matches to be played across Brisbane and Melbourne,” the statement read.

“First round teams will commence their preparations in Melbourne, with matches split between the Melbourne Cricket Ground and Junction Oval from October 10-13.

“Teams starting in the Super 12 stage will play all warm-up fixtures over two match days in Brisbane on October 17 and 19. These matches will be played at The Gabba and Allan Border Field.”

The first warm-up fixture will feature two-time champions West Indies against United Arab Emirates at Junction Oval on October 10, with each of the first round teams to play two warm-up matches.

Hosts Australia will play their only official warm-up fixture against India on October 17 at The Gabba.

In addition to Australia, world number one India will face New Zealand on October 19, also at The Gabba.