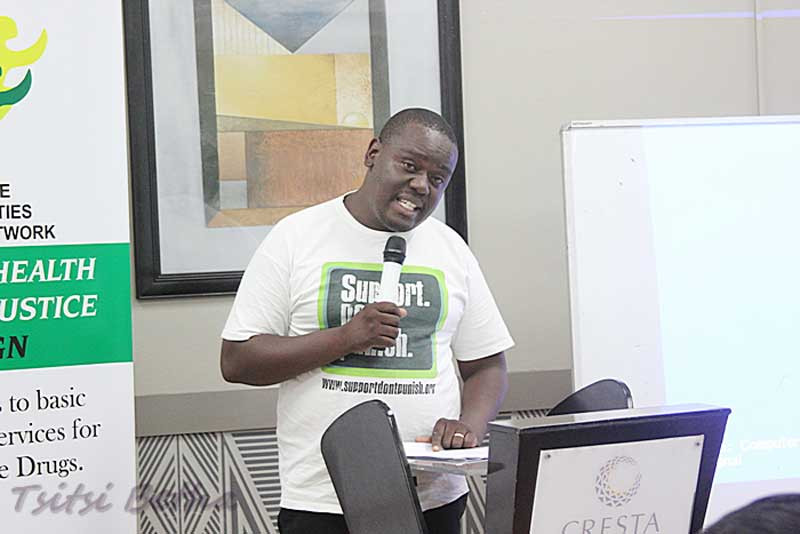 Zimbabwe is fast becoming a destination of choice for smugglers of dangerous drugs such as heroin, with police saying syndicates involving locals and foreigners were on the loose.

The country has harsh laws and policies on drug trafficking and use under the Criminal Law code and Dangerous Drugs Act, but the vice is growing and the syndicates are becoming more sophisticated, according to police.

A number of Zimbabweans have been caught in the country and in foreign lands trying to smuggle dangerous drugs such as cocaine and heroin.

Last Tuesday Onuoha Desmond Onyii (46), a Nigerian national, appeared before a Victoria Falls magistrate on charges of trying to smuggle 2.33 kilogrammes of cocaine.

Onyii was arrested at the Victoria Falls International Airport soon after arriving from Brazil. The cocaine was allegedly found in the linings of hats and jackets that were in his suitcase.

Two days later an Indian national Ronald Florentius appeared at the Harare magistrates court after he was caught at the Robert Gabriel Mugabe International Airport trying to smuggle 7,3kg of heroin worth $5 million to New Delhi.

Heroin is among the most dangerous and addictive substances.

In September, an elderly German couple Wilfried and Vera D — both aged 69 — appeared in court accused of importing methamphetamine from Zimbabwe through Sydney International Airport on July 4.

They were arrested with 22 pounds of the illicit drug, reportedly worth around $1 million, on their way to Germany from Zimbabwe.

In April, a Zimbabwean woman was arrested after she was found in possession of a kilogramme of cocaine by customs officers at the Indira Gandhi International airport.

The drug cartel, which was using her as a mule, promised to take care of her medical expenses in lieu of smuggling drugs into the country according to Customs officials at Mumbai airport at the time of her arrest.

“There is a syndicate consisting of locals and foreigners,” Nyathi said.

“Some drugs are being peddled by locals and others by foreigners.

“We want to applaud the courts for convicting these traffickers. As the police, we are closely monitoring the situation.”

Nyathi did not have ready statistics of people that have been arrested on  drug smuggling charges in recent months.

“There are a number of factors that have been contributing to Zimbabwe being the conduit of drugs and these include the relaxation of the Covid-19 restrictions as people are now travelling more frequently,” he added.

A recent research study by the United Nations Office on Drugs and Crime indicated that 9.1% of the school kids between the ages 13-15 in Zimbabwe are using drugs.

A survey done by the Health Professionals Trust Zimbabwe revealed that 80% of inmates in mental health institutions have drug and substance abuse induced psychosis.

Drug abuse prevention experts who spoke to The Standard said there were several factors that drove interest in drugs.

“Some of the reasons include poor trauma coping mechanisms, peer pressure, idleness and boredom as well as drugs being readily available and cheap and the collapse of family structure and poor parenting,” said addiction counsellor Nkululeko Dewa.

“Zimbabwe is at a drug transition, especially among the young users who are eager to taste new drug products.

“Being an inland country, traffickers are trying to evade detection from normal entry points in ports of entry from world renowned drug intensive countries.”

“The economic loss caused by this vice is very heavy,” he said.

“The problem is becoming big as there is now an underworld where there is drug use and trading,” Box said.

“In our country, for every three houses, one has got a problem with illicit drugs whether it’s a family member affected or someone selling those drugs.”

Specialist consultant and psychiatrist Anesu Chinoperekwei said the need for quick riches was the main driving force behind the illicit drug trade.

“There are so many people that seem to be making money off drugs and it’s hard to regulate how those things are getting into the country,”  Chinoperekwei said.

“The supply is coupled with demand.”

She said most of the central hospitals with psychiatric units are being overburdened with substance abuse patients.