Inside sport: Advice for Liverpool’s Mabaya 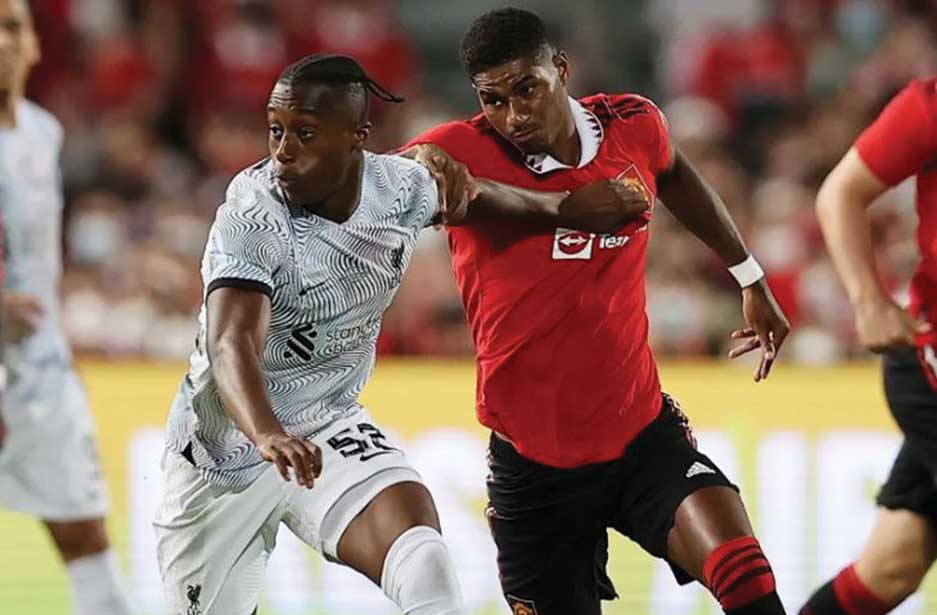 Although he featured for only 30 minutes and was at fault for Marcus Rashford’s opener, both the Daily Mail and the Liverpool Echo gave Mabaya a not all that bad 6 out of 10 rating with the former describing him as a bright prospect for the Reds.

Mabaya who was born in Preston, England, to Zimbabwe parents, made Zimbabwe proud when he made the first 11 in Liverpool’s match albeit on a 4-0 losing cause to the Red Devils of Manchester United.

Although he featured for only 30 minutes and was at fault for Marcus Rashford’s opener, both the Daily Mail and the Liverpool Echo gave Mabaya a not all that bad 6 out of 10 rating with the former describing him as a bright prospect for the Reds.

After all, the Zimbabwean is only 17, and there are many reasons why a manager like Jurgen Klopp would place his faith and confidence in a player of such a young age.

Although Mabaya has played for England at junior international level, he is still eligible to play for Zimbabwe unless he himself does not feel like as was the case with Macauley Bonne of Queens Park Rangers and later on Andy Rinomhota of Reading.

On that account, Mabaya should weigh his options wisely on whether to choose Zimbabwe or England and should avoid making the same mistakes others like Bonne and South Africa’s Sean Dundee did.

The general belief is that Bonne rejected Zimbabwe thinking he was good enough to make it into the English squad but after being snubbed by the Three Lions he is stuck in the world of nowhere.

The bitter experience of Sean Dundee still echoes in world football. Dundee who signed a contract with Bundesliga side Vfb Stuttgart learnt it the hard way after he turned his back on South Africa preferring instead the German national team.

Dundee, who was on top of his game at that time, refused to play for South Africa in 2002 Afcon and World Cup qualifiers thinking he would be selected for the German team for the 2002 World Cup in Korea and Japan.

The player who was born in South Africa in 1972 but switched nationalities was fooled to think big of himself after he was picked for the German B team for a friendly against Russia in which he scored.

As fate would have it, Dundee was not selected in Germany’s final 23 member squad for the 2002 World Cup while South Africa to their credit qualified for the same World Cup finals and for that matter without him.

That is where Mabaya comes in. Is he is one of the many African players growing up in Europe who believe or feel that they can only be signed by top European clubs only when their allegiance is with European national teams?

Do these players learn anything from the likes of Crystal Palace’s Wilfred Zaha who got a lot of international football after finally deciding to play for the Ivory Coast having first opted for England.

Mabaya should also weigh as to where he stands to get the respect he deserves and more play time in the English jersey or in the more colourful Warriors outfit?

Those in the football business for longer will surely advise Mabaya not to snub Zimbabwe because that is where his international future is guaranteed than waiting for an English call up that might never come – as was and is the case with Bonne.

However, the defender-cum-midfielder and others in England needs to be convinced why he should opt for Zimbabwe and that is why Zifa are paying Wellington Mpandare during this period of international isolation.

Although Zimbabwe is out of international football at the moment, Mpandare should be busy making sure that when Zimbabwe finally returns, all the top players are on the wings ready to play for the Warriors.

Surely, Mabaya’s body might be in England with Livedpool but his heart should be in Zimbabwe with the Warriors.