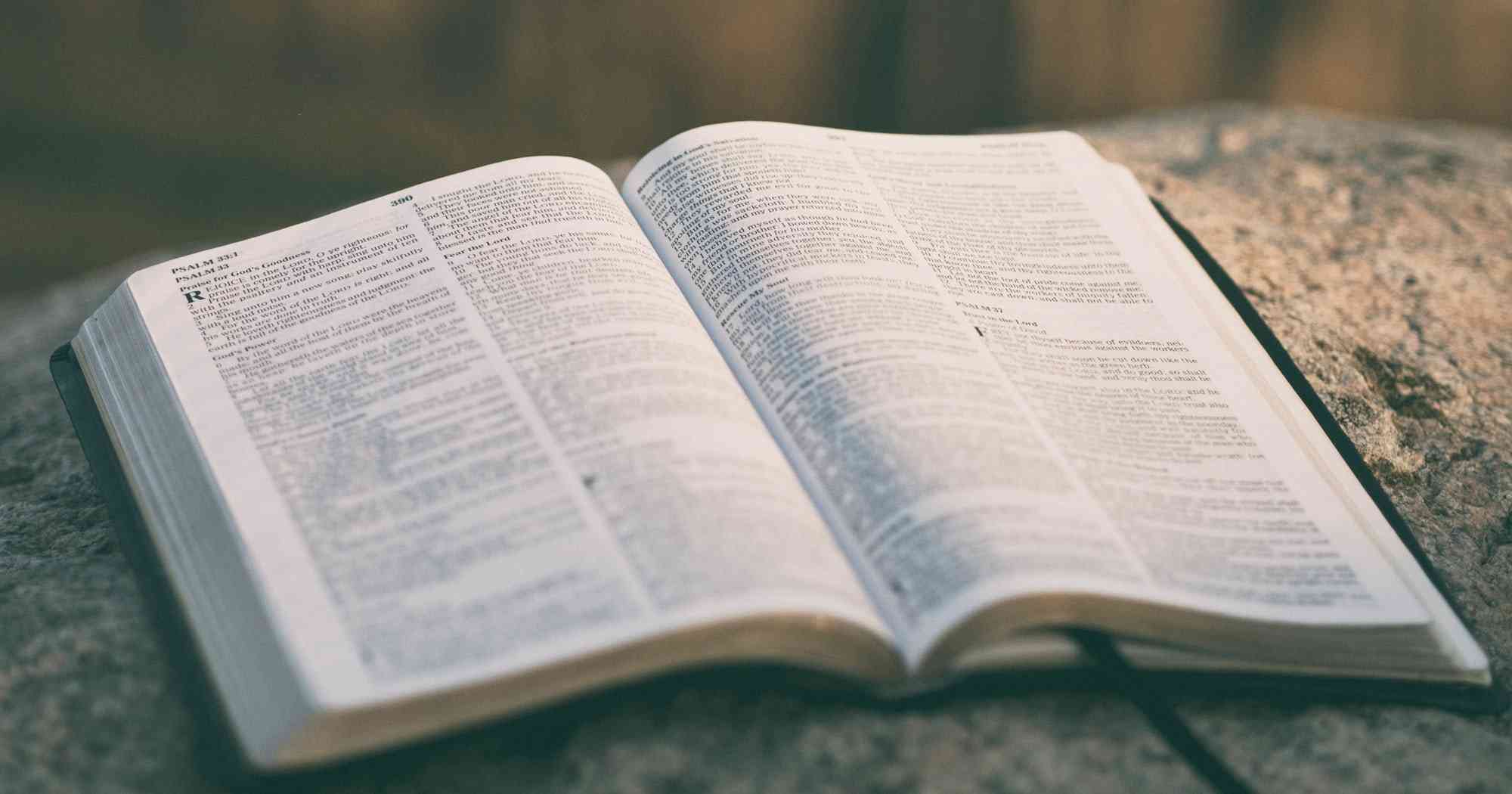 One of the main challenges in the body of Christ today is the mushrooming of false teachers and the perpetration of bad doctrine.

My encouragement to you as I write this article is to look for a good Bible School so you can go and study the Word of God for yourself. There is a misconception that a Bible School is just for those who want to go into full time ministry and yet nothing could be further from the truth.

It is very critical that you make an effort to have a firm foundation in the biblical truth and be able to discern teachings that stray from the truth and deceive the unsuspecting. Unfortunately, most of us believers are very lazy to “study the scriptures to show thyself approved to God, a workman that needs not be ashamed, rightly diving the word of truth.” (2 Timothy 5:15).

Consequently, some of us are so gullible and we believe everything that the so called Papa or Bishop tells us. We are not like the Berean church who after receiving the message with great eagerness would go and examine the scriptures to “see if what Paul had preached was true”. Imagine examining the message of a person who wrote almost three quarters of the new testament! How many of us do that today? I have often seen believers jumping up and down, clapping and shouting Amen to heresy just because it is Papa, Prophet or Bishop preaching.

The winds of error are continually blowing. Throughout both Old and New Testaments, we can find numerous warnings and exhortations concerning false teachers. “Rescue me and deliver me from the hand of foreigners, whose mouth speaks lying words and whose right hand is a right hand of falsehood” (Psalm 144:11).

We see again Prophet Jeremiah saying the same thing in Jeremiah 5:31, “The prophets prophesy falsely and the priests rule by their own power, and my people love to have it so”. How sad!

It is fascinating how many Christians chase after “new teachings” or understandings that are different. It is a desire to be smarter or more special than everyone else and feel sorry for the less enlightened. I remember there was a phase when the “gospel” of “anointed oil” took Zimbabwe by storm. I saw many people flocking to different churches where they were told that once you bought something that was anointed, all your problems would be over and even your exams would be smooth sailing because you had bought an anointed ball point pen. Sadly, there are many people who were gullible enough to believe that.

Jeremiah 29:9 says “For they prophesy falsely to you in My name, I have not sent them says the Lord”. We still have so many of these so called man of God who are prophesying falsely in God’s name who haven’t been sent. This is why it is important for you to know the Word of God for yourself.

You also have the right to examine what I am writing in this article and see if that aligns with the Word of God. This is why my email address is there so you can challenge me on whatever you may not agree with me. We then can then have a discussion based on the Bible and nothing else.

It is your responsibility to examine whatever you hear from whoever if what they are preaching or teaching is in line with the Word of God.

Our Lord Jesus Christ, warned us that we should “Beware of false prophets, who come to you in sheep’s clothing, but inwardly they are ravenous wolves” (Matthew 7:15). False teachers often look like real teachers and this is why most of us are deceived. Apostle John warns us in 1 John 4:1 that “Beloved do not believe every spirit, but test the spirits, whether they are of God, because many false prophets have gone out into the world”.

One of the main mistakes most of us make as believers is that we are easily attracted by miracles and yet miracles do not always prove that the truth is being taught. People flock to places where there are miracles. While there is nothing wrong with that because we see people like Peter and John in Acts 3: 1-3 performing a miracle, please note that, the fact that the Pastor or Papa or Prophet has performed a miracle doesn’t necessarily mean that it is being done under the influence of the Holy Spirit.

There are other spirits that could be in operation. There are many people who performed miracles who were just magicians beginning from the Old Testament. A good example was Moses and the Egyptian magicians. The magicians would come up with their own “miracles” to counter Moses’ miracles.

In addition, we see Paul in Acts 16:16-24, dealing with a slave girl who had a spirit by which she predicted the future. She would shout at the Apostles saying “these men are the servants of the Most-High”. Was that not true? It was but what spirit was behind that slave girl? It was a demonic spirit and this is why Paul had to cast out that spirit. Some of us would have believed that, that slave girl was a believer.

I recall another phase in our country when people would get excited about being told their identity numbers. This was good enough for them to conclude that, that minister was a servant of the Most High. No wonder these so called ministers took advantage of the unsuspecting congregants and some were fleeced of their hard earned money with fake miracles.

We have to be very careful because false teachers can masquerade as true. Apostle Paul tells us in 2 Corinthians 11: 13 that “For such are false apostles deceitful workers, transforming themselves into apostles of Christ”. It is very common to see some believers being in bondage to a new way of thinking or a particular minister. Paul was unapologetic when he was talking about false teachers. He even went on to pronounce judgment upon them:

“I marvel that you are turning away so soon from Him who called you in the grace of Christ, to a different gospel, which is not another, but there some who trouble you and want to pervert the gospel of Christ. But even if we, or an angel from heaven, preach any other gospel to you than what we have preached to you, let him be accursed. As we have said before, so now I say again, if anyone preaches any other gospel to you than what you have received, let him be accursed.

It is very important as believers that we are able to discern and identify new doctrines, or old, recycled error. The offended heart is the main source of false teaching. Offense can come in many ways. It can be an offense against a person or minister, a church, denomination, or movement such as grace, faith. It can begin as a root of rejection or bitterness from any of the above. It can be a feeling of inadequacy or hurt within a church or group in which they were brought up. It can also be frustration with leadership that can’t or won’t recognise this person’s gift. It can also be pride that wants to be recognized and esteemed.

False teachers typically desire to “draw away disciples after them (Acts 20:30). There is a motivation to become a source of cutting edge truth, contradicting “traditional” doctrine from which the teacher has been “set free.”

Depending on the error being taught, it may be accompanied by carnal living excess that the false teacher can explain or justify. It will typically seek to divide believers or sow doubt in their hearts about their churches and spiritual leaders. Gossip, criticism and disparaging remarks about Christian leaders or their beliefs will often flow from the mouth of a false teacher.

False teachers look for the untaught or disgruntled. Those who do not have a good foundation in the Word and who are new to spotting false teaching will often fall prey to the deception.

Divine Insight: How to walk in dominion
These were areas God determined if man had dominion in them, he could live a fulfilled and blessed life.
Religion Zone
By Humphrey Mtandwa
Jan. 15, 2023

Hebrew Scriptures: January 1 “New Year” holiday, and its meaning for Jews
But according to the Jewish calendar, Rosh Hashanah ushers in the New Year. Jewish tensions around celebrating January 1 go back for generations.
Religion Zone
By Ben Leon
Jan. 15, 2023

By Prosper Tingini Jan. 22, 2023
The genealogy of Jesus Christ

By Humphrey Mtandwa Jan. 15, 2023
Divine Insight: How to walk in dominion