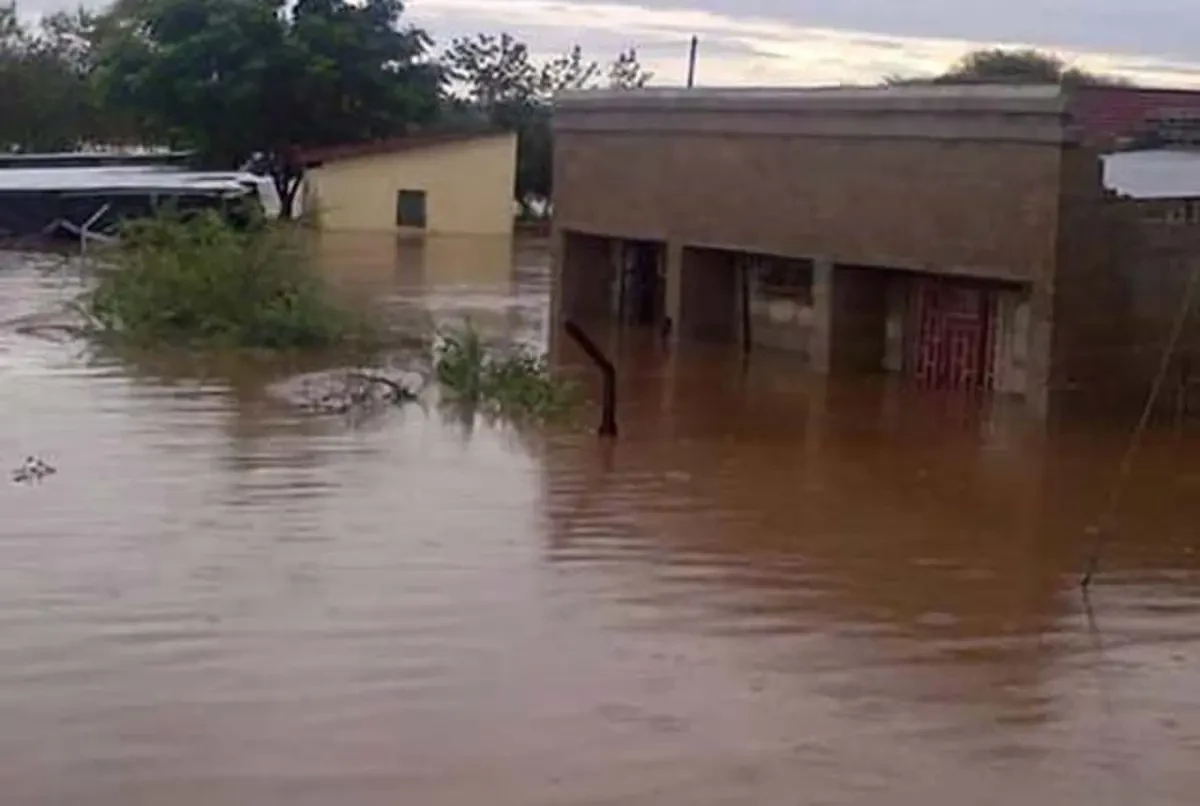 THE International Organisation for Migration (IOM) yesterday gave relief packages to several Beitbridge families that were affected by flash floods that swept through the border town on Wednesday night.

IOM Beitbridge district officer Nhamo Muleya said they were using a list prepared by the Beitbridge municipality and its partners to identify the beneficiaries.

“This is emergency relief while hopefully other organisations and agencies prepare to move in,” said Muleya.

Scores of Beitbridge residents living in the lower parts of Dulivhadzimo high-density suburb were left destitute after their homes were flooded during the storm accompanied by violent winds.

The storm ripped roads apart and washed away several cars while some residents had thousands of dollars’ worth of household electrical gadgets damaged or destroyed.

Experts have said floods are entirely man-made with poorly maintained drains, plastic bags, shrinking open spaces and climate change contributing to accumulation of water on roads after a heavy downpour.

“A major disaster is loading if action is not taken quickly. Authorities and residents have to move fast before we have a major disaster.

“We are sitting on a time bomb,” said Boyd Maphosa, a resident of Dulivhadzimo.

Yesterday, it was difficult to establish how many families had been affected.

Mnangagwa allies turn heat on Zec
Polad’s governance and legislative agenda chairperson Lovemore Madhuku said there must be evidence that the delimitation outcome was a collective effort from Zec commissioners.
News
By Tafadzwa Kachiko
Jan. 29, 2023

NGOs under siege as ED tightens noose
The PVO Amendment Bill was passed by the National Assembly last year despite heavy criticism by opposition legislators and it is now before the Senate.
News
By Privilege Gumbodete
Jan. 29, 2023

Punitive laws drive sexual minorities away from HIV services
AHF is a global non-profit organisation providing cutting-edge medicine and advocacy to over 1 700 000 people in 45 countries, including Zimbabwe.
News
By Staff Reporter
Jan. 29, 2023

News in depth: Trapped: Zim’s sports stars caught in drugs, substance abuse scourge
As the country resumed football activities after the Covid-19 lockdown last year, the nomadic coach who is now based in Botswana, made a bold, shocking and also revealing claim.
News
By Henry Mhara
Jan. 29, 2023