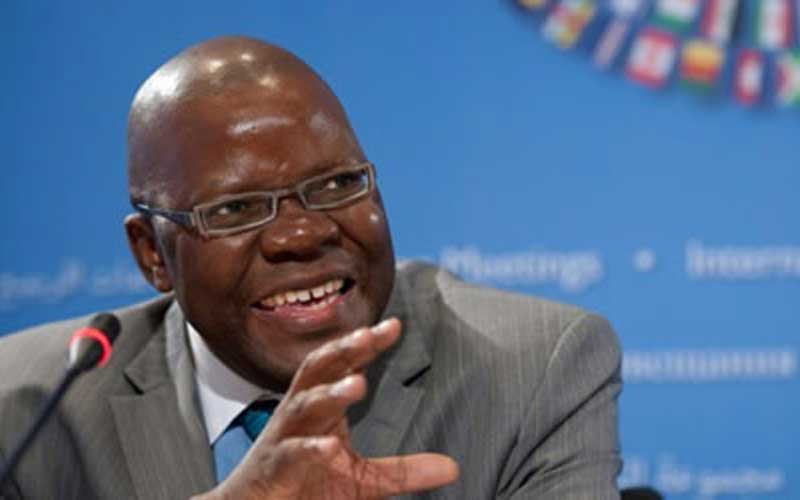 Aleshina is a business partner of businessman Ken Sharpe, who owns Augur Investments that was controversially awarded the contract on May 30, 2008 without going to tender.

Augur Investments was supposed to construct the Airport Road with an understanding that 90% of the costs would be paid in the form of land and 10% in cash.

Augur went on to subcontract Fairclot, which withdrew all its equipment and stopped work on the road to connect the Robert Mugabe International Airport to Harare’s central business district after doing 2.7km of the 10km due to non-payment.

Government later cancelled the contract, but the Harare City Council had already transferred a total of 273, 299 hectares of land in Borrowdale’s Pomona area to Augur Investments.

In 2007, Augur Investment entered into a joint venture agreement with the City of Harare for the construction of middle income houses in the capital.

In their application, they sought a declaratory order nullifying the shareholders agreement and the agreement signed between City of Harare and Augur Investments.

They also claimed that the agreement was fraudulent and the contracts were against public policy.

According to former Finance minister Tendai Biti, the joint venture agreement was sealed during a Christmas party in 2006 when Aleshina met Makwavarara.

He made the claims while making his submissions for referral of his case of assault to the Constitutional Court.

Biti stands accused of verbally assaulting Aleshina in 2020 at the Harare magistrates court.

“I advise the cCourt Your Worship, that Augur Investments was created by the complainant herself and the complainant advised the state that she is the one who at a Christmas party in 2006 met with Makwavarara in order to execute the deal,” Biti said.

“Aleshina connived together with Mahachi to appoint a caretaker council in order to sign this deal without due processes…and the complainant was given the contract.

“The deal was supposed to be executed by a full council meeting led by the mayor, but in this case it was executed by a shaddy caretaker council.”

In 2019, Mahachi and Makwavarara were dragged to court on charges of illegally awarding Augur Investments the tender.

According to the state, Makwavarara, acting in connivance with her alleged accomplices, corruptly caused the City of Harare to enter into a memorandum of agreement with Augur Investments Pvt Ltd without a council resolution.

They also did not follow tender procedures, the state further alleged.

It was alleged that they violated the law by engaging Augur Investments, which was then not registered in Zimbabwe under the Companies Act and Zimbabwe Investments Authority (ZIA).

“Augur Investments is a company established in Estonia, but she contradicted herself while giving a statement to the Zimbabwe Anti-Corruption Commission (Zacc) by saying the company is based in Ukraine,” Biti added.

“The complainant created this fiction called Augur Investments masquerading as a foreign investor.

“The evidence from the investigators is clear that Augur Investments shelf company was created by Oleksandr Sheremet to smuggle the complainant into the country.”

Prosecutor Micheal Reza, however, objected to Biti’s submissions saying they were irrelevant and meant for media attention.

"I previously objected to these irrelevant submissions, by his own admission he said he doesn't know the person he is talking about of the happenings that he claimed in 2007 in Estonia.

“The assault case happened in 2020 can we be spared," Reza objected.

"There are reporters who are here to write his irrelevant submissions in this assault case.

"It's now four months while submitting this application.

“These submissions are not for this court because here we are having a simple assault case and not this Augur Investment case.

"If we do not object him we will hear him saying l heard my grandmother had measles in 1884."

City Of Harare Oleksandr Sheremet
Share this article on social

Mnangagwa allies turn heat on Zec
Polad’s governance and legislative agenda chairperson Lovemore Madhuku said there must be evidence that the delimitation outcome was a collective effort from Zec commissioners.
News
By Tafadzwa Kachiko
Jan. 29, 2023

NGOs under siege as ED tightens noose
The PVO Amendment Bill was passed by the National Assembly last year despite heavy criticism by opposition legislators and it is now before the Senate.
News
By Privilege Gumbodete
Jan. 29, 2023

Punitive laws drive sexual minorities away from HIV services
AHF is a global non-profit organisation providing cutting-edge medicine and advocacy to over 1 700 000 people in 45 countries, including Zimbabwe.
News
By Staff Reporter
Jan. 29, 2023

News in depth: Trapped: Zim’s sports stars caught in drugs, substance abuse scourge
As the country resumed football activities after the Covid-19 lockdown last year, the nomadic coach who is now based in Botswana, made a bold, shocking and also revealing claim.
News
By Henry Mhara
Jan. 29, 2023