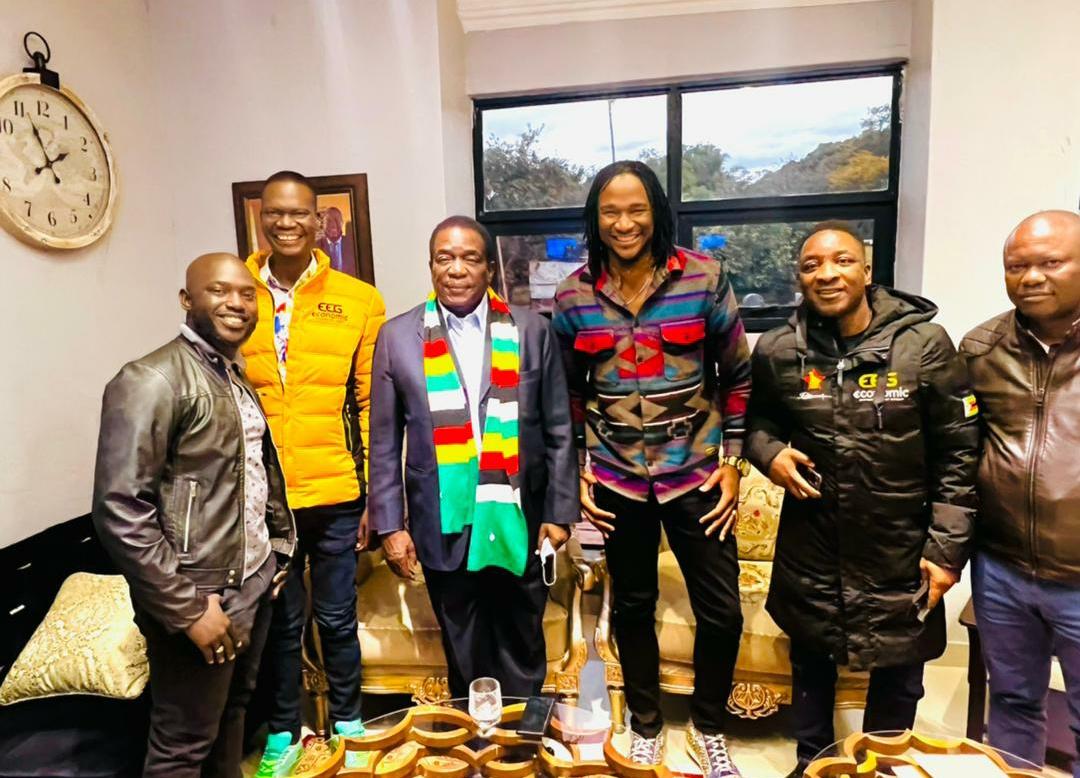 THE relationship between musician Jah Prayzah and the ruling Zanu PF, which reportedly had turned acerbic, is back to its former cordial state, if the musician's recent picture with the head of state is anything to go by.

BY SINDISO DUBE THE relationship between musician Jah Prayzah and the ruling Zanu PF, which reportedly had turned acerbic, is back to its former cordial state, if the musician’s recent picture with the head of state is anything to go by.

In the image, which has made rounds on social media, a spirited looking Jah Prayzah poses in a room next to President Emmerson Mnangagwa.

The picture has attracted criticism from fans who feel the artist has aligned himself with the Mnangagwa led government.

The image also confirms that the musician is back in ‘business’ after reports of him being snubbed by the party last year.

The relationship was reported to have gone sour last year, after the ruling party had made a resolution to shut out the musician from its events.

Jah Prayzah was once a darling of the second republic and had his album Kutonga Kwaro used as the soundtrack to the military assisted coup which saw the ouster of the late former President Robert Mugabe, to pave way for Mnangagwa’s rise to power.

The relationship between the ruling party and Jah Prayzah is said to have been fading and reached a boiling point when the lanky chanter headlined a lavish birthday party in Cape Town organised by Robert Mugabe’s son-in-law, Adam Molai.

The event was attended by exiled politicians linked to G40. Patrons at the party included Saviour Kasukuwere and Patrick Zhuwao – all former Mugabe loyalists forced to flee after the 2017 military coup.

Upon arrival from the Cape Town gig, Jah Prayzah and Killer T were detained at the Robert Mugabe International Airport. Security agents at the airport accused the two singers and their band members of possessing fake Covid-19 certificates, despite their pleas that the documents were legitimate.

A reliable source within the Zanu PF ranks revealed to Standard Style that a resolution to snub Jah Prayzah was then made and he will not feature on Zanu PF linked events anymore.

“A resolution was made after Jah Prayzah’s actions and loyalty became questionable. It’s widely known that the musician was linked to the second republic and if he is seen dining and whining with the republic’s rivals, G40 then it becomes a problem so it was agreed that he is shut out of any party linked gigs, that’s why he was snubbed at the gig hosted by Guvamatanga despite being paid in advance,” he said.