Manyika off to Poetry Africa 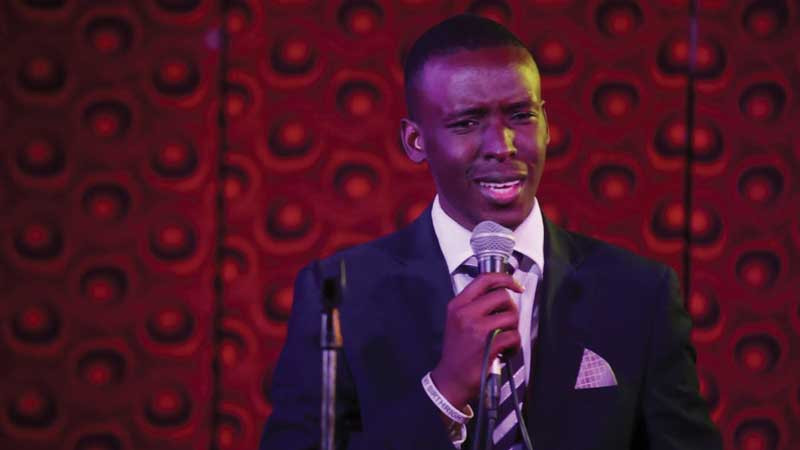 Three months after taking his latest show dubbed the ‘The Colo(g)niser’ on a tour of Kwekwe, Bulawayo, Mutare and Harare, poetry sensation Andrew Manyika is once again raising the Zimbabwean flag high.

He joined a global line-up of poets at the 26th edition of Africa’s biggest poetry jamboree, the Poetry Africa International Festival which began on October 10 and ends today at Howard Theatre in Durban.

Presented by the Centre for Creative Arts, an inter-disciplinary hub in the School of the Arts in the College of Humanities at the University of KwaZulu-Natal, the annual Poetry Africa Festival is traditionally presented at venues across Durban.

For more than two decades, the festival has built up a loyal following of poetry lovers and introduced new audiences to poetry. This year, the festival for the first time in its 26 year history, features live sessions in both Johannesburg and Durban, as well as virtual sessions.

Manyika is not new to the South African poetry scene having performed in Johannesburg, Pretoria and Durban in previous years.

This time he joined an international line-up of more than 35 poets from countries such as Sweden, Cameroon, Belgium and Argentina. Renowned acts at the festival include the recently crowned World Poetry Slam Champion Xabiso Vili, legendary poets Lebo Mashile and Phillippa Yaa De Villiers as wellas Siphokazi Jonas who wrote the original screenplay for We Are Dying Here, a short film recently awarded at the South African Film and Television Awards (Safta).

An increasingly respected voice on the global poetry stage, the poet-cum comedian was in May a judge at The Chase talent-search competition as well as the World Poetry Slam Organisation in February. He will wear two hats at Poetry Africa 2022, as both performer and judge of the Slam Jam Competition where the winner will walk away with R22 000 and a trip to the 2023 World Slam Competition in Brazil.

“Being invited to Poetry Africa is a tremendous honour for any poet, and I’m very excited for the chance to represent Zimbabwe again on the international poetry stage,”Manyika told Standard Style.

This marks another highlight in what has been a phenomenal year for Manyika whose career began in Johannesburg where he quickly ascended to dominate the local poetry scene being crowned Gauteng’s slam champion before embarking on his comedy journey which has seen him being nominated for the coveted Nama award for Outstanding Comedian.

Poetry Africa 2022 will mark Andrew’s second stint at the festival following his debut in 2017.