Letter from America: How to lose an election, US style! 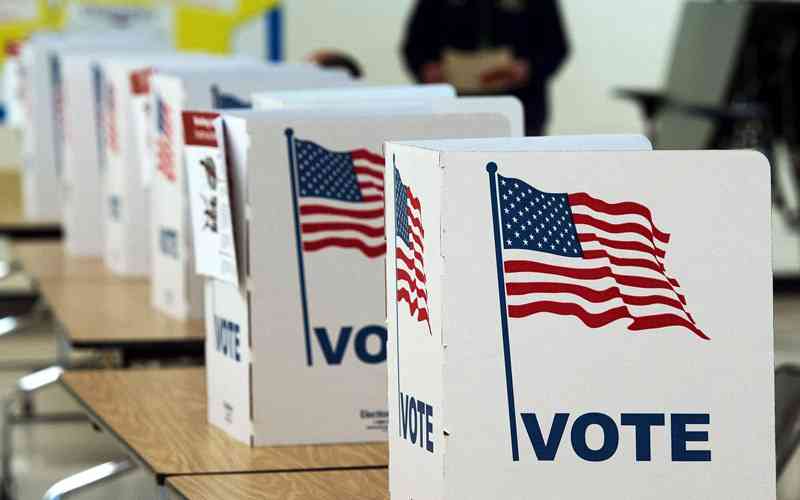 My famous stalwart friend Fabian Mabaya of Masvingo enjoys making jokes at my expense. “Kenny, you are too educated for your own good.”

The Democrats are brainy while the Republicans are the stupid party, but as matters stand, before the mid-term election this week, one finds Democrats making the most stupid mistakes possible whole Republicans seem to be the normal people.

Each party brings forward “talking points” which are raised at every possible platform to attract voters to their side. Here is the Democratic platform. Democrats champion every possible newfangled theory that comes their way.  A popular theory in academia has to do with early childhood gender dysphoria.  The best description I can find comes from the British journal, Spectator. In the story, Havering School Board reminds educators that: “A pupil who identifies as a trans girl but was born a genetic male, is not a boy dressed as a girl, but a girl who outwardly at this point resembles a boy.” (Spectator July 27).

Conservatives find it frightening that government should advocate for psychological or medical treatment to pre-teenagers called gender affirmation.

We are talking of K-7 pupils. The explosion of gender dysphoria cases in 2019 to 300 000 is attributed to the overwhelming presence of female headed families of the third or fourth generations, a phenomenon itself generated by massive incarceration of juvenile black males and welfare support of single mothers among whites.

On abortion, Democrats thought that they had a winner, but this too has fallen on deaf ears.

Democrats’ position that a woman can get rid of a pregnancy at any time with state support is insupportable ethically or in logic.  People have been sent to jail for kicking a cat.

War or not to go to war!

Americans are weary of war. US President Joe Biden’s policies, however, of sending U$8 billion worth of weapons to the Ukraine and sent 500 troops to Poland seem to be drawing the US into the European theatre. Americans bore 80% of the cost and manpower in Afghanistan, Iraq, and Syria and now in the Ukraine.  Former German Chancellor Angela Merkel’s complaining about US overbearing behaviour towards European allies shows that the US is not making friends there.

With reference to Taiwan, US think-tanks have suggested the “Porcupine Strategy.” By sending US10 billion weapon supply to Taiwan this week, they hope to repeat the Ukraine scenario where Russia finds it too costly to fight.

During an election, Americans have in readiness an expert in scandal control, who is trained to squash negative stories that appear at the last moment and may cause the loss of an election.

With the Federal Bureau of Investigations (FBI) and most newspapers in their pockets, Democrats ignored the fact that the US is known for producing stalwart and principled renegades who refuse to abide by their rules.

So, over the weekend, Paul Pelosi, husband to Speaker Nancy Pelosi, the third most powerful person was caught with his trousers down. In the wee hours of the morning, when the devil is fixing to return to his home, Paul called a 911 telephone number from the bathroom of his mansion in Los Angeles.

“There is somebody here, a friend who sounds somewhat confused.” The renegade stalwart Santa Monica Observer added. “But Paul Pelosi seemed to be speaking in coded language on the 911 call to make clear he needed help, a law enforcement source previously   told Cable New Network. Paul said he had never seen DePage, a shadowy character. The police chief later praised the despatcher for using her intuition to decode this message. When the police arrived, Paul and DePage were engaged in hand-to-hand combat, each holding a hammer. Paul had the worst of the combat, having his skull dealt an unkind blow.

Both were in a state of partial undress, Paul in his underwear.

Paul claimed that DePage was shouting bad words. He wanted to be admitted to the presence of Speaker Nancy Pelosi so he could do untold damage to her person. The Democratic lapdogs immediately adumbrated the story and claimed DuPage himself was a Trumpkin (a brainless follower of former president Donald Trump).

But where was the evidence? Surely the speaker’s house is protected by FBI agents. How on earth did DePage gain entrance? What was the coded words Paul was using to the emergency number 911? The answer is that there is an intruder here who seems to be confused.

Stalwart interpreters say Paul realised that he could not divulge the presence of his gay lover on the telephone because such messages are in the public domain. If DePage wanted to kill Paul (his lover) surely, he would not have allowed him into a bathroom to make a telephone call (in the nude). Surely, on his return from the bathroom, when the police arrived (within two minutes) Paul and DePage were struggling, each with a hammer in his hand. That is a weird situation.

There is a sexual game among Sodomites which involves tying partners with ropes and causing physical pain during the commission of a sinful act. Congressman Clay Higgins referred to DuPage as a male prostitute. Elon Musk, reproduced the Santa Monica Observer reference to “Paul Pelosi having been drunk and with a gay prostitute.”

Democratic defenders like CNN, caught with their pants down, have hired a fruity American University professor Cynthia Miller Idris to explain the matter. “We have a population unable to discern the truth,” she says. “What is truth?” Asked Pontius Pilate of Jesus.

DePage’s history seems to have been associated with Black Lives Matter and there is some paraphernalia in his house indicating that he hates Jesus Christ. Trumpkins may be brainless, but they are associated with religious beliefs.

All the stalwarts and their nephews are having a field day. “They (Democrats) are still pretending that DePage was not Paul Pelosi’s lover,” is their chorus. The story is illustrative of the lawlessness of the Democratic regime and their lifestyles. Biden and former president Barka Obama are the chief defenders of gay life.

The mid-term elections are only a few days away and Democrats are struggling with credibility on all fronts.

Re-imagining the workplace: Let’s unpack subject of happiness as it relates to performance
When we claim that happiness is scientific and methodological we mean that there is a specific way to obtain it or to experience it and that when it’s not obtained that way it is not happiness.
Standard People
By Bhekilizwe Bernard Ndlovu
13h ago

Prevalence of drug, substance abuse worrisome
Statistics from the United Nations Office on Drugs and Crime (Unodc) show that around 284 million people between the ages of 15-64 used drugs worldwide in 2020.
Standard People
By Canisio Mudzimu
13h ago

Model for Entrepreneurship Part 2
In all these efforts it is now making sense to our home-grown entrepreneurs that business does not come by accident.
Standard People
By Farai Chigora
13h ago

By Bhekilizwe Bernard Ndlovu 13h ago
Re-imagining the workplace: Let’s unpack subject of happiness as it relates to performance

By Farai Chigora 13h ago
Model for Entrepreneurship Part 2