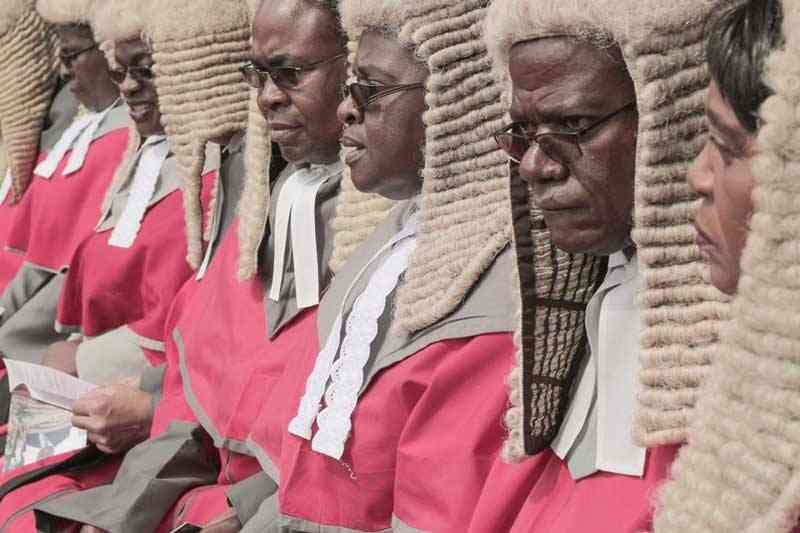 The funeral extravagance that followed Queen Elizabeth 11 passing has created a sharp divide among Americans here along racial lines. The fact that blacks see the world from a different perspective than that of whites is not surprising. What is surprising is the pent-up anger and failure to acknowledge the differences.

Those like Professor American born Uju Anya but of Nigerian and West Indian parents was unwise to express her ill-feelings publicly towards the Queen. She may soon find herself looking for another job.

The Pittsburg Post editor took her up on the matter and wishes her given the sack. “Let us grant for the sake of argument that Queen Elizabeth 11 presided over a genocidal empire to be true,” the editor argues, Anya fails the second test. Words should be “gentle and compassionate or shrill and cruel.” Thirdly, Anya is accused of making false accusation that the Queen was morally responsible.

I mention this only in passing because it represents the generality of white opinion. A curious situation is then created where the victims, such as Anya, are accused of lack of grace, compassion, and rectitude towards those who oppressed them.

It is a juicy argument. The oppressed becomes the sinner.

But I wish to take Ali Mazrui’s perspective. The late great Kenyan political scientist was my external examiner and mentor in my second life.

We were attending a decoloniality conference and our Jamaican colleagues introduced the banquet with these words. “May the Queen live forever!” to which we all laughed with some feistiness.

A feisty brother, by the name of Arthur Drayton (if my memory is with me) then read a paper on how the evil British colonialists had raped and held their mothers in bondage, forced their fathers to work in sugarcane fields from dusk to dawn. Himself a descendent of the Maroons, African escaped slaves who founded their own kingdom in the Jamaican rain forest, he lauded his own heritage.

Mazrui explained to me the complexities of imperial legacy. The feisty young’s last name was Drayton, one of the wealthiest and most cruel sugar planters in Jamaica. That explained his light skin, a reality which gave him advantage at school in Jamaican society which had a firm hierarchy of colour. Drayton had ended at London School of Economics, oh, that LSE — Jamaicans worshipped that institution.

Mazrui pointed out that the young man’s feistiness’ about the evils of empire was part of a “dress show” a phrase I did not understand. He was married to an English girl and lived in London.

“We are part of them now,” the great scholar explained to me.

I asked Mazrui how the young Drayton would fare with his employers, some renowned university. Not to worry, Mazrui said. The conference itself was sponsored by the US Secret Service.

The passing away of Queen Elizabeth 11 has reminded us of the enormous plunder throughout their 700-year history. Queen Victoria, her grandmother was in possession of a diamond prized at US$40 million requisitioned from India. Governor Generals of India Lord Lytton and Lord Dalhousie are remembered for their great plunders of India, one causing a famine by forbidding charities to provide free wheat to the natives and another merely taking a portion of the revenues for his own personal use. With 400 000 British officers’ pensions banked in England over a 70-year period, the amount of loot is incalculable.

Never in the history of man have so few been able to plunder from the world with such impunity.

The photo of the Zimbabwe Supreme Court bench shows a “bunch of native judges” playing a game of English judges.

The point Mazrui was making was at the time, difficult for me to understand, was that no matter how hard you try, “We are part of them now.”

The other point Mazrui was trying to make was that for many of these intellectual prostitutes, the anti-British imperialism is only but a charade.

Returning to the Pittsburg editor’s memo, the truth must be said. The tyrant Robert Mugabe was well known for his venom against British imperialism. But he loved the Queen. Secondly, he was knighted as an honourable member of the fraternity of St. Michael and St. George. The depiction of that insignia shows the two saints placing their feet on a slain “black devil”.

Mugabe’s hatred of imperialism was derived from the grapes are sour syndrome.

This does not deny the fact that many Third World people like former Iraqi citizen and now a refugee, Meesha Abdullah have deep seated anger and resentment against British imperialism and how it has affected her life.

Former British prime minister Tony Blair and former US president George Bush concocted a story that Iraqi dictator Saddam Hussein had weapons of mass destruction. Meesha and three million people became refugees. Blair was awarded a knighthood and Bush went into the sunset in peace. None of them were sent to the Hague for crimes against humanity.

In a birthday speech in South Africa, 1947, Elizabeth said in plain English that her life was devoted to advancing imperial interests.

“I declare before you all that my whole life whether it be long or short shall be devoted to your service and the service of our great imperial family to which we all belong.”

The question to be asked is not whether the Queen carries moral responsibility by virtue of her position but how much responsibility do native tyrants like Mugabe, Hussein and Noriega carry in the looting of their people’s wealth?

Verily, verily, I say to you Mazrui was the wisest man I ever met. “We are now part of them that we despise.”