Caps fired up to conquer Vengere 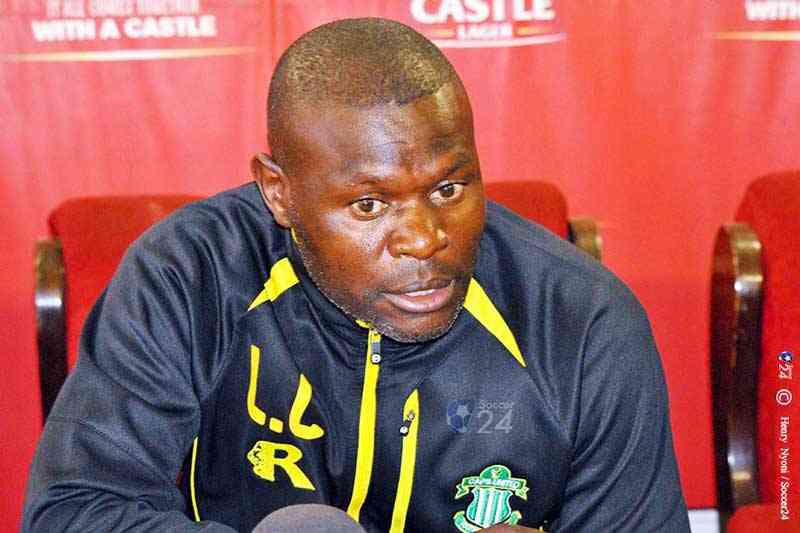 CAPS United coach Lloyd Chitembwe believes he has quality players to be able to adapt to the bumpy pitch at Vengere Stadium where they clash with Cranborne Bullets as they continue to battle relegation fires.

The Caps United coach has raised concern over the conditions of the stadium ahead of the trip to Rusape, but is confident that his players can overcome the challenges of playing on that surface.

The Green Machine are buoyed by their win last weekend against Triangle which saw them stage a dramatic comeback from a goal down to fire two goals in three minutes, including a spectacular long range strike by defender Ben Musaka.

While that victory eased their relegation worries, they are not yet out of the woods and are probably a couple of wins away from certifying themselves safe.

The Green Machine will still be worried about ZPC Kariba, Tenax and Harare City below them with five matches still to be played.

Cranborne Bullets have proved difficult at Vengere Stadium which they have virtually turned into a fortress having been defeated just twice thus far by Chicken Inn and Yadah.

With the Harare football giants having also been beaten 2-0 at home in the reverse fixture, they would be looking to avenge the defeat. However, they will be looking to build on last weekend’s victory.

“The physical condition of the pitch at Vengere is unfriendly. It doesn’t allow you to play the way you want to play, but I believe good players will adapt to the tactical demands,” Chitembwe said.

“The preparations have been okay. We have had very good preparations after getting a good result last week. It gave us a lift, it gave us momentum going into this match. The expectations have always been the same and it’s easier to approach a game coming from victory. That match gave us lessons and we also took lessons from the other matches we lost.”

“Definitely it (last week result) works to our advantage. It boosted our confidence. We are aware we must finish in a better position, so we are going there with a positive mind to win the match. If possible our target is to win all our remaining matches,” he said.

While Caps United are six points above the drop zone on 13th position with 34 points, ZPC Kariba who are a rung below with 29 points host Manica Diamonds, while Tenax – who are below them with 28 points, are at home against army side Black Rhinos.

The Sunshine City Boys now have new coach Herbert Maruwa after Taurai Mangwiro was elevated to the post of technical adviser.