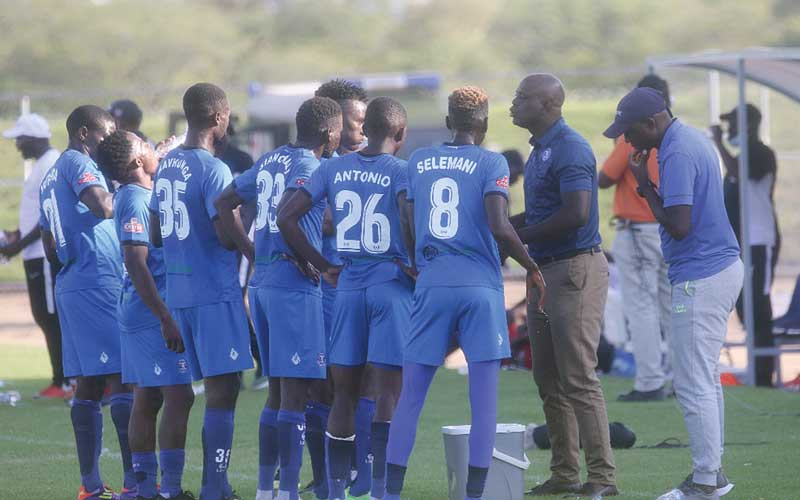 SO, there won’t be that glittering blue and white colour of Dynamos in the final of the Chibuku Super Cup this year, again.

DeMbare are now starring at the grim prospect of finishing the season empty-handed, having gone into the campaign with so much optimism.

With FC Platinum seemingly running away with the league title, sitting pretty at the summit with an eight-point cushion, the cup tie presented DeMbare with the more realistic route to some silverware to appease their diehard fans.

DeMbare’s exit from the Chibuku Super Cup tournament at the hands of FC Platinum in the quarter-finals on penalties on Sunday means it’s 10 years of hurt since the competition returned to the soccer calendar in 2013.

Dynamos players sunk to the turf, holding each other after Brian Banda scored the winning penalty for FC Platinum. They then trudged across the field before disappearing into the dressing room. It was a deflating result that may end up affecting them in the remaining seven league games of the season.

The defeat was not easy to take for the supporters either.  They have endured a decade of frustration in this tournament. Understandably, a section of the fans vented their frustration on coach Tonderai Ndiraya after the match with murmurs of “he has failed”.

Some hurled abuses at the coach.

While, acknowledging FC Platinum are in full control of the league title race, with 58 points, Ndiraya is not throwing in the towel yet, but it is difficult to see Norman Mapeza’s mentality monsters throwing away the league at the moment.

This means it will be nine years since DeMbare tasted success at the height of Kalisto Pasuwa’s all conquering side.

The Dynamos coach also acknowledges the pressure to deliver the league title.

Ndiraya said they were disappointed as a group to crash out of the tournament they have been craving for so much.

“It’s heart-breaking, if you ask me, given the work and effort the boys had put in during the entire match. It’s heartbreaking that the game had to be decided via a penalty shoot-out. A penalty shoot-out is like a lottery,” he said after the game.

“We had done so well the entire 90 minutes, but that’s part of the game. I thought we had given a good account of ourselves at the end of the day.  We knew what our opponents were going to throw at us and we managed to deal with most of the situations. It is heart-breaking to lose a match in such a manner, but it’s part of the game.”

Dynamos face Ngezi Platinum in their next league match.