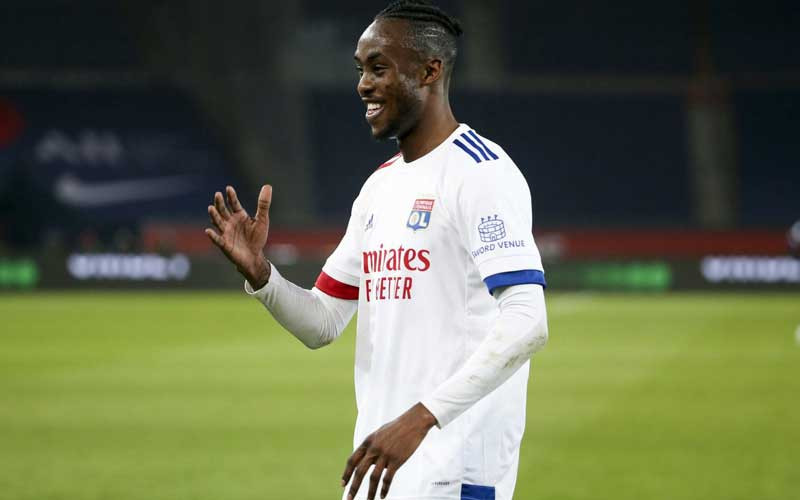 ZIMBABWE international striker Tino Kadewere could finally make his debut against his idol Karim Benzema when his new club Real Mallorca travel to Real Madrid for a La Liga clash on Sunday.

The Olympic Lyon striker joined the La Liga side on a one-year loan deal which could culminate in a permanent move.

He played in the French Lique 1 in the last two seasons, playing a total of 48 league games and scoring 11 goals. He also played five Europa League games with the French team. However, the injuries he sustained at the start of last term limited his game time at the French giants, and eventually saw him fall down the perking order.

The Warriors attacker played in just 15 games for Peter Bosz’s side, most of them cameo appearances and scoring just once.

His switch has made him the first Zimbabwean player to play in the top division in Spain.

While he is yet to feature for Mallorca after joining only last week, the weekend presents a chance for him to realise his dream and rub shoulders with the 2022 Ballon D’or favourite.

The lanky former Harare City striker previously stated he looks up to Benzema and also made known his desire to play alongside the Lyon legend who scored an incredible 43 Ligue 1 goals before signing for Real Madrid in 2009.

“I am on social media to see how he lives, trains. To be honest, that is one of the big reasons I signed for Lyon. My career is on the right track, but I don’t have to rest. I’m in a big club, one of the best in the world, but if I keep going, why not go even higher? You never know, one day, I might be like Benzema,” he said in his debut season for Lyon. “Play with Karim Benzema at OL or join him in Madrid? Regardless, playing with him would be a dream come true,” he said at the time.

Having fallen down the perking order at Lyon, Kadewere is happy to get a fresh start in La Liga

“To be honest, I am very excited, happy and proud. It is a unique moment for me,” he said last week

The Warriors forward has seen the first games of his new team in which RCD Mallorca collected five points, after the first victory of the season in Vallecas.

They were held to a 1-1 draw at Girona at the weekend. Real Madrid enjoy top spot with 12 points, having won all their four matches of the campaign thus far.