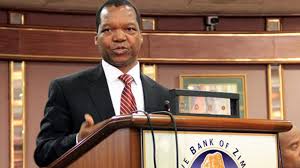 The country’s banking system has been given a clean bill of health in a string of official reports, but the IMF in a report issued after its Article IV consultations on Zimbabwe recently, gave a gloom view on the sector.

The country’s banking system has been given a clean bill of health in a string of official reports, but the IMF in a report issued after its Article IV consultations on Zimbabwe recently, gave a gloom view on the sector.

It said banks were bleeding, with individual players’ balance sheets shrinking in real terms due to rising inflation.

Despite government attempts to calm the jitters over the economic landscape, the data shows the wheels could be coming off.

Authorities have been failing to provide foreign currency to prop up industries and manufacturers, along with companies in other sectors and individuals have shifted to the black market where rates have been rioting.

The IMF was concerned that this could be an indication of worse things to come unless authorities move to address factors requiring immediate attention.

“Financial system fragility has increased due to the economic downturn and high inflation,” the IMF said.

“Banks’ lending capacity has been hindered by an erosion of real asset values; negative real lending rates; and an increase in excess reserves at the Reserve Bank of Zimbabwe.”

The global lender said while banks had reported ample risk-weighted capital adequacy ratios in the past year, and low non-performing loan ratios, financial stability concerns arose from the significant net open positions, which stem from blocked funds that have not been released by the central bank for a long time and the non-standard loan classification.

The IMF noted that there were significant proportions of the loan portfolio in the “special mention” category, which lacked commensurate provisioning in some banks.

It said there were largely illiquid long-term government bond holdings.

The IMF also stressed the need to align the exchange rate to fundamentals, supported by a tight monetary policy.

It said this would relieve pressures on the RBZ’s foreign currency reserves, reduce rent-seeking opportunities and improve competitiveness.

The report came as companies had warned that the operating environment was deteriorating.

FBC, which lifted pre-tax profit by 93% to $5 billion during the year ended December 31, 2021, said problems were likely to continue due to tensions in Eastern Europe, which could end with “disastrous economic consequences” in advanced economies.

Zimbabwe has been battling to ride out the most difficult phase of a crisis highlighted by currency depreciation, which deepened in 2019.

The Zimbabwe dollar traded at US$1:$108 at the beginning of January, but was this week trading at US$1:$150 on the official market.

Economists have hinted that the Zimbabwe dollar could tumble to US$1:$500 by December, but developments on the ground where the local dollar is trading at about US$1:$350 against the dollar on the parallel market show this could actually be breached by June.

“While we appreciate the efforts by the regulators and fiscal authorities to stabilise the foreign currency exchange market, as well as enhancing domestic use of the local currency, there is still a strong need to bolster and strengthen this framework,” Nkala said in a commentary to the financial statements.

Zimbabwe’s economic malaise has deepened in recent weeks as the cost of living spirals out of control with prices soaring by about 30% during the first week of April.

This has plunged households into extreme poverty as workers, whose salaries are being eroded by the stratospheric inflationary increases, struggle to make ends meet.

Prices of goods have increased significantly with inflation jumping to 72,7% in March.

As of January 2022, a family of six required $72 967 to meet basic needs, according to the Consumer Council of Zimbabwe (CCZ).

According to Zimstat’s March 2022 report, the Total Consumption Poverty Line (TCPL) for a family of six estimated monthly costs is $58 248 with the Food Poverty Line (FPL) for one person in March 2022 at $7 062.