In Conversation with Trevor: ‘I tried to change Zanu PF from within’ – Margaret Dongo 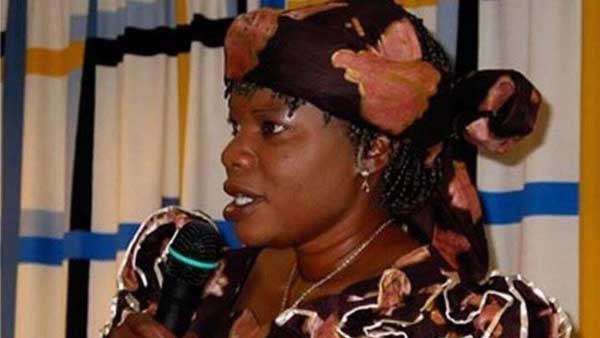 The former legislator spoke about why she joined the liberation struggle and her battles to have women and young people respected within Zanu PF.

Veteran politician and war veteran Margaret Dongo said she tried to change Zanu PF from within by being outspoken and critical of the ruling party’s policies.

Dongo (MD), who was eventually expelled from Zanu PF during the Robert Mugabe era, told Alpha Media Holdings chairman Trevor Ncube (TN) on the platform In Conversation with Trevor, she was against the creation of a one-party state because it was against the ideals of the liberation struggle.

The former legislator spoke about why she joined the liberation struggle and her battles to have women and young people respected within Zanu PF.

Below are excerpts from the interview.

TN: Margaret Dongo, welcome to In Conversation With Trevor. MD: Thank you very much for extending the invitation to me.

TN: Margaret you got into Zimbabwean politics, opposition politics, at a time when people were terrified to get into, to stand up to Robert Mugabe, to stand up to Zanu PF, to stand up to what appeared to Margaret, to be one-man one-party rule. However, you decided you were going to stand up. Talk to me about the thought process of doing that? MD: True I did, but it was a very hard decision to make.

I had no choice, because there is something that I want to make clear,  you know my love for the country, in terms of Margaret Dongo, the former liberation fighter, what comes first in my life is my country.

So probably it is because of the experience that I got from a tender age, worse off during the armed struggle and after, that it forced me to actually  go into opposition politics.

The idea was not to destroy the country, but the idea was to continue to fight for the ideals of the liberation struggle.

You know being opposition does not necessarily mean that you are opposite, the issue is to create an environment or criticise the status quo, to make sure that things are moving on well, but in our politics it is not well-understood.

It is very difficult.

TN: Talk to me Margaret about it, you are saying it was not easy, it was difficult? What is it that you saw that you disagreed with so strongly that you thought I am going to walk away from Zanu PF and start something new?

MD: You know the major question was that people had actually forgotten the reason why we went to war…

TN: Wow. MD: …And people had started to relax in everything.

Yes, we got the political power, but we did not have the economic power.

The mushrooming of corruption and other dubious methods [of doing things] actually was the one that was disturbing me the most.

The time that I got into Parliament, it was so critical, that is the time when ZUM came up and things were not well in Zanu PF because some people were beginning to realise we were taking the wrong path, where in actual fact we were moving toward a one-party state, which of course, I know, we did not fight for that.

We fought for democracy and we fought to allow everyone to exercise his or her right, that alone was actually polluting the party.

So I thought it would help to fight within, but I was not well understood.

I remember the very time when I was elected to be a Member of Parliament.

When I got into Parliament I was open to that although I am Zanu PF, but having been elected by the majority, even those who did not elect me required my representation, so I was going to be a representative of da de ding do du, to cover my constituency.

That statement did not augur well with the party (Zanu PF), because when you are a member of the party there are set rules that you are supposed to follow.

For me, I thought to some extent they retarded democracy, and I think other people have the opportunity to be heard, and that is why we go for elections anyway and you can become a leader in Parliament, and I think this is what I want other parliamentarians to learn.

When you become a Member of Parliament, you are almost a national leader, you are there to debate national issues, and you should view all issues discussed in Parliament on a national level, regardless of the party that you represent, worse still women.

Women have to become one entity.

TN: So you are saying you thought you could effect change within Zanu PF, but that was not possible? Talk to me about that? What were you pushing up against and what kind of push back did you get?

MD: True, I thought I could make changes within Zanu PF, starting from the central committee.

You remind me, because the first day I sat in the central committee, one nationalist big chef was…

TN: How old were you were you when you got into the central committee? MD: I was in my 20s.

Then I said how on earth? I am a member of central committee, and I am not supposed to be serving tea.

Ushers are there to be serving tea, and someone said you see she is very arrogant.

I do not know what they expected of me, you see, and maybe that is the arrogance that they did not want, they wanted me to be a yes person, which I was not in any case.

I was a person who thought having gone to war, I had liberated myself politically and socially, so it helped me build my confidence, you see.

So I was a person who knew what I fought for, I did not fight to be subservient to an individual, I fought as a fighter to help change the situation in the country. So that is the role I am in.

TN: Interesting that you had gone to war…We will talk about that. You had gone to war, you had liberated yourself socially and politically— your thinking is different. However, this senior politburo committee member clearly has not changed, because this person still sees you as a young girl in her 20s that should be serving them tea? Talk to me about that difference?

MD: You know it is something that is painful for someone to think like that.

This is why we are in this predicament, there is very little respect for youth, even youth will try to stand up within their own political parties, they are regarded as minors who will never grow.

That is the mentality that my party…

TN: And women too. MD: Yes. That is the mentality that my party had.

I remember even in the central committee it was so difficult for me to even make a contribution.

One day, when I tried to raise my hand, there was a controversial issue, and the president kept on ignoring me and ignoring me until, you know I was very close to the first lady, she was my mentor.

Until she realised it and she wrote a note to me.

TN: That is Sally Mugabe? MD: Yes, she gave her secretary to pass it on to me.

I opened it and read where she said keep on raising your hand to embarrass him, he will give you a platform.

TN: Wow. MD: Imagine that is from Sally! You know she was pro-women.

I liked her. She is the one who mentored me to be where I am today.

So the moment I got the note I raised up my hand and I kept on raising it and Bob (Robert Mugabe) looked at me probably thinking what the hell on earth, what is she doing when someone is speaking and she is raising up her hand?

I kept on raising my hand and he ignored me and then he said oh I notice that your hand is up, you are going to be the next speaker.

I couldn’t believe it. I was so emotional when I was given my chance, Trevor believe it or not, I said to him I am surprised that you still call me a youth, but when I crossed the border to go to Mozambique there was no one at the border to tell me I was still young and I should go back to school.

You accommodated me without looking at my age, suffered the matekenya, went through the military training.

TN: What did he say? MD: Well, there was Msipa…

TN: A gentleman. MD: Yes, and a neutral person. He said oh Mr President this issue of Margaret I think let us let it rest because otherwise it will create commotion.

This was because immediately after I had spoken Ruth came out. You know Ruth Chinamano?

TN: Yes. Firebrand! MD: She would be echoing, tell them my daughter! Tell them!

She would say she had stayed in solitary confinement for 11 years, she had suffered and such and such.

You know how Ruth was, she was a character.

TN: You know you make me miss that era, the era of you, Ruth Chinamano and many others. Allow me Margaret to take you back to when you were 15 years old.  You decide to cross the border to go and join the liberation struggle?  I want to understand, what is it that made you do that? At 15 years old? Share with us your state of mind? What is this that drove you at that tender age to go and join the war?

My father was Ndau, he is late, from Chipinge.

My mother was Tsonzo from Vumbunu. You know they were highly political.

My father went to school with Ndabaningi Sithole at Chikore Mission.

So they would mingle together all the time and the other Ndaus who were living in Highfield at the time and people from other tribes and so forth.

You know they used to have meetings, private meetings at our house, political meetings.

Every evening they would come from work.

So what I used to do, the moment they come for their meetings, as kids you know what used to happen: “Get into your bedrooms! Go and sleep!” You are told to sleep before you even want to sleep.

So we would get into our bedroom and they would start discussing and I was very inquisitive, I would be listening thinking what is happening in that room.

Then they start to talk about their stories of what happened at their workplace, how one was harassed by the whites, how he was kicked or slapped or how he was told to carry the white baby to town and refused and ended up being beaten.

You know they would say their experience day in day out and I was listening.

Central Committee In Conversation With Trevor
Share this article on social